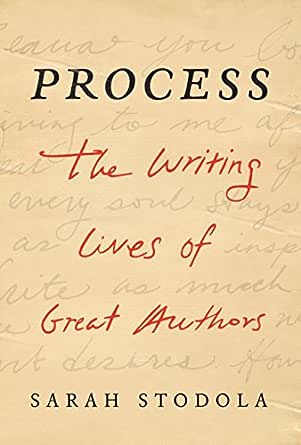 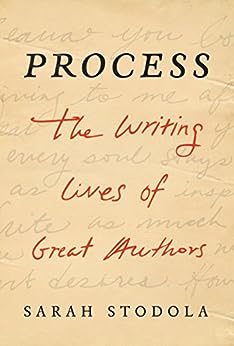 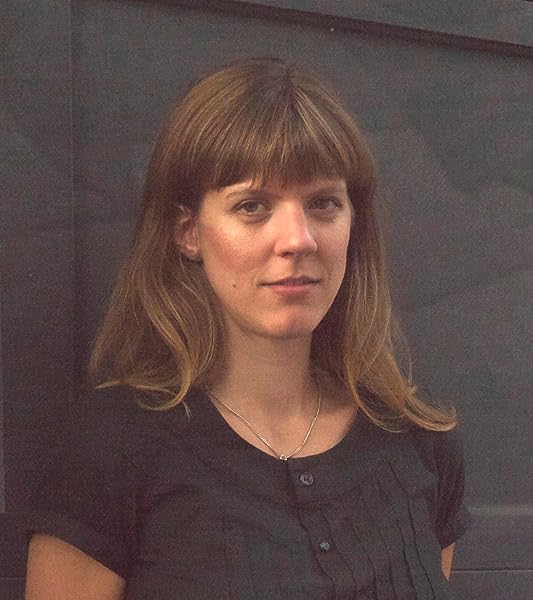 Sarah Stodola is a writer and journalist who has contributed to the New York Times, Wall Street Journal, Nation, Daily Beast, and Awl, as well as Condé Nast Traveler and Slate, among others publications. She founded the literary journal Me Three and served as an adjunct scholar for Lapham’s Quarterly. She is currently the editorial director of Strolby.

"Fascinating...Stodola takes an intimate and well-researched look inside the habits and traditions of 18 of your favorite writers." -Flavorwire
"[Sarah Stodola] spent the last few years researching, studying, obsessing over the peculiar writing habits of artists ranging from Didion to Hemingway, Rushdie to Morrison, Kafka to Wallace." -Dig Boston

"[A] well-researched book that is affably written and organized...Stodola has focused on the "horizontal and vertical," things that avid readers might find interesting, such as the controlling "image" that guides Toni Morrison's work or how much time Ernest Hemingway really gave over to socializing. I was reminded of peculiar trivia I had read years ago, but hadn't fully appreciated at the time: James Joyce's early infatuation with Henrik Ibsen, Philip Roth's habit of writing hundreds of pages before finding the first useable syllable." -The Millions

"Stodola's approach to Franz and Toni and Margaret and Virginia is accessible and welcoming." -Entropy Magazine --This text refers to the paperback edition.

4.4 out of 5 stars
4.4 out of 5
115 global ratings
How are ratings calculated?
To calculate the overall star rating and percentage breakdown by star, we don’t use a simple average. Instead, our system considers things like how recent a review is and if the reviewer bought the item on Amazon. It also analyzes reviews to verify trustworthiness.
Top reviews

dk
3.0 out of 5 stars Mini-biographies rather than how they wrote
Reviewed in the United States on April 14, 2017
Verified Purchase
More biographies, than actual information about writers writing,really. This book contains excellent authors, but does not fully dive into their writing styles, habits, tools of the trade, etc. Instead, it heavily dives into the writers' life. Basically, this book provides mini-biographies (10-20 pages, roughly) and then ONE paragraph at the end of each author's section about their writing styles and habits.

With these things said, the book is incredibly detailed about each author's life. There are 734 different annotated notes at the back of the book. While this is impressive, it's also a sad state of affairs that the note section is longer than some of the sections on the authors.

Kate Parrick
5.0 out of 5 stars Almost Perfect Process
Reviewed in the United States on November 19, 2016
Verified Purchase
I know that is a grand claim, but this book is so superbly written and researched, it was one of the most satisfying reads of its kind I've encountered and this topic is my obsession. I've read them all! I feel so excited to have found this one. The only quibble I have it the author gives a couple of snide and gratuitous political views on matters other than process. This offended me because I didn't agree at all and I'm only interested in expert comment (these views were in areas of my literary scholarship). But the quality of this writing is so superb I happily shrugged that off. Cannot recommend enough. I hope the author publishes many more books. #treat
Read more
25 people found this helpful
Helpful
Comment Report abuse

Jim Lester
4.0 out of 5 stars Informative and inspiratonal look at the writing process
Reviewed in the United States on January 8, 2016
Verified Purchase
This is a must-have addition to any aspiring writer's library. It's a well researched and well documented survey of the writing lives of a variety of literary authors. Each section includes biographical elements, a list of literary influences and insights into each writer's work. But the focus remains on each author's actual writing process.

Stodola's selections run the gamut from Edith Wharton, who wrote in bed to Philip Roth, who wrote standing up to Virginia Wolfe, who wrote to stave off mental illness to George Orwell, who was fanatical about getting the first draft of a novel down on paper so he could go back and laboriously revise his efforts.

The author also includes how each writer utilized personal journals and, for modern writers, their attitudes toward computers, tweeting, and the internet. I found the book to be highly informative and inspirational and would recommend it to anyone interested in modern literature or the creative process.
Read more
16 people found this helpful
Helpful
Comment Report abuse

aprildoggie
5.0 out of 5 stars great nonfiction read or textbook suppliment
Reviewed in the United States on January 23, 2017
Verified Purchase
I am not a writer, but I VERY MUCH enjoyed reading about the writing habits of authors covered in this book. Inspiring, in a way, making me think maybe I could write a book (but quickly coming to my senses, given my lack of required talents). I would recommend this book as a pleasurable nonfiction read or as a textbook supplement for writing/reading courses.
Read more
10 people found this helpful
Helpful
Comment Report abuse

Sharon F.
5.0 out of 5 stars Great combination for a great price
Reviewed in the United States on June 22, 2018
Verified Purchase
It is so helpful to me to hear about the mind, thoughts and behavior of some of the leading authors. It is also helping me overcome my own writer's block. I got both the book and the audio companion. I often listen to it while reading and when my eyes get tired I just listen. Great combination for a great price.
Read more
6 people found this helpful
Helpful
Comment Report abuse

Gussy Sharp
5.0 out of 5 stars Writing advice
Reviewed in the United States on April 11, 2015
Verified Purchase
The best book on writing advice by examining the lives, and habits, of actual well known writers. For this type of literary analysis, this book is very accessible. As a retired English teacher I wish this had been available when I was still teaching. But it's also just an easy read for one who wants to examine writers' lives.
Read more
5 people found this helpful
Helpful
Comment Report abuse

A. Larson
5.0 out of 5 stars Loved this book
Reviewed in the United States on March 28, 2016
Verified Purchase
I love books about writers. I listened to this twice, back to back. I only got the Kindle version because it made the Audible version cheaper. I wish the other books about authors would get on Audible. Who reads anymore? Read it to me. Thank you for putting this on Audible. Great book.
Read more
4 people found this helpful
Helpful
Comment Report abuse
See all reviews

Kindle Customer
4.0 out of 5 stars Influential and changed the way I write
Reviewed in Canada on August 12, 2019
Verified Purchase
The one page synopses of each writer's process are nowhere near as important as the details of each writer's life.
In reading each one, you see where they are vastly different and all the same.
The message - to me - is very simple. Writer's write whenever they can, at all costs, and not all of them are stories they finish. I loved reading this and it seemed to open something in me. It gave me permission to write the way I want without having to worry about fitting into some mould created by someone who has no idea what I am.
Why stress about a story you don't finish? Get the idea down as fast as you can so you can get back to it later.
But don't forget, story comes first.
You can have all the cool characters you want - with nuance and depth and background and all that stuff. But you better give them something to do.
In the end, thank you for writing this book and I hope other writers get the same value from it that I did.
Read more
Report abuse

elmimz
4.0 out of 5 stars OK for light reading
Reviewed in Canada on April 9, 2019
Verified Purchase
A good light-read about the lives of authors. Serves as a brief biography and high-level description of how/when they wrote, how they dealt with the challenges of writing. Doesn't really discuss the complexities of their writing process or the details of how they created literature.
Read more
One person found this helpful
Report abuse
See all reviews