Prodigal Son: An Orphan X Novel and millions of other books are available for Amazon Kindle. Learn more
Share <Embed>
Have one to sell?
Sell on Amazon 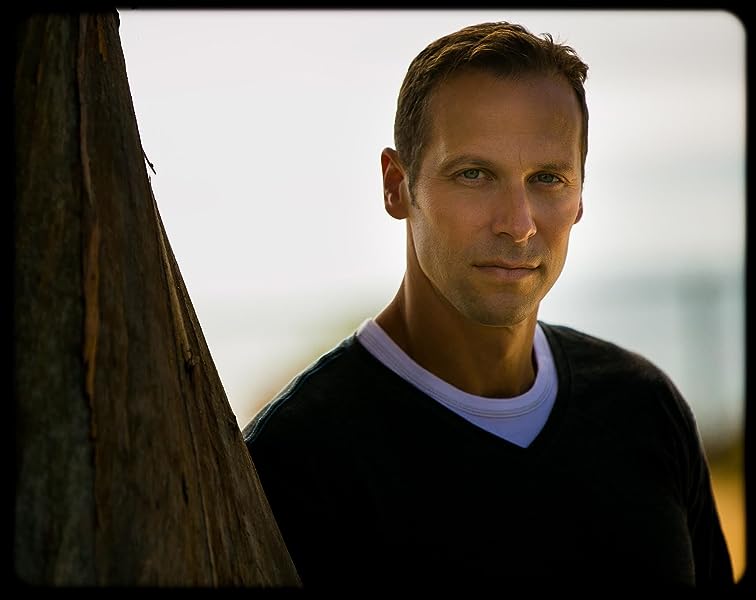 "Simply the best all-out action writer in the business, to which he adds a shrewd sense of character... Not to be missed." --Providence Journal

"One hell of a series...Nuanced and energetic, this is a great thriller." --Booklist (starred review)

"The pacing is breathtakingly brisk throughout, and the action is relentless... This series continues to impress." --Publishers Weekly

"Fans of Tom Clancy or Lee Child will love this latest installment... which offers twists and turns, danger and adrenaline, and gadgetry worthy of James Bond." --Library Journal

"A stellar series...the stories get better with each installment." --Associated Press

"Nobody walks the line between blistering action and searing character development better than Hurwitz." --Providence Journal-Bulletin

GREGG HURWITZ is the New York Times bestselling author of more than a dozen novels, including the #1 international bestseller Orphan X, the first in a series of thrillers featuring Evan Smoak. He has also written young adult novels: The Rains and its sequel, The Last Chance. Hurwitz's books have been shortlisted for numerous literary awards, graced top ten lists, and have been translated into twenty-eight languages.

Hurwitz is also a New York Times bestselling comic book writer, having penned stories for Marvel (Wolverine, The Punisher) and DC (Batman). Additionally, he has written screenplays for many major studios and written, developed, and produced television for various networks.

Start reading Prodigal Son: An Orphan X Novel on your Kindle in under a minute.

Amber Goleb
TOP 1000 REVIEWER
4.0 out of 5 stars Please tell me there will be more!
Reviewed in the United States on January 26, 2021
Verified Purchase
Well. Well. Weeeellllllll. Now I'm sad. I'm all caught up on this series. I binge read most of it so I could read this one. And now, I will have to wait until 2022 for book seven. That is, if there is for sure going to be a book seven. I think there will be one? I sure hope there will be one.

I am all about Evan Smoak. He is such a bad mama jammer! I can't get enough of his adventures. This one is no different. Man, I had no idea where the author could possibly take us after book five. This adventure was definitely one I wasn't prepared for!

Speaking of the things revealed in this one. I wasn't expecting THAT, until I was. I did put some pieces together before they were revealed, but I think the reader is supposed to at least suspect, so I don't feel ripped off. The confirmation was like an extra cherry for me.

In this book, we get to see more of Evan's transformation. I am loving seeing him warm up into "humanity" slowly from book to book. This one really packs a punch or ten in that aspect. Be prepared to be hit in the gut with a softer side to Evan while him still being the savage beast he's always been.

Skipper
3.0 out of 5 stars Microdrones and melodrama
Reviewed in the United States on January 26, 2021
Verified Purchase
3.5 stars. Good entertainment with a focus on relationships and advanced drone technology. The BIG BAD in this book are dragonfly microdrones — sentient, small, and so-called “ethical” with tiny stiletto blades and packing high-energy explosives. Indeed, the horrific picture Hurwitz paints of a totalitarian tech-controlled future is to be strenuously avoided.

I enjoy the characters: X, Mia, Peter, Joey, Dog the dog, Tommy...and it was a treat to see Candy McClure, orphan V, again.

Input poor Dog is stuck inside that apartment always, while Joey pounds away at her computer.

The story ends on a cliff. Sort of. A free fall. Whatever.

I began to listen to the audiobook but the narrator adds too much emotional syrup to an already purple prose. So I read the book instead.

Ps. This is book six in a series. I have read them all. I found the various references and reminders to previous books and characters a little tedious.

Barbara Saffer
3.0 out of 5 stars Exciting story with twists
Reviewed in the United States on January 26, 2021
3.5 stars

In this 6th book in the 'Orphan X' series, Evan Smoak protects the life of an impound lot worker who witnessed a crime. The book can be read as a standalone, but familiarity with the series is beneficial.

When Evan Smoak was a spindly twelve-year-old living in an orphanage - where he slept on the floor between bunks - he was 'rescued' and placed in a black ops program that trained orphans to be highly skilled assassins. Evan was dubbed Orphan X.

After doing his assassin job for many years, Orphan X left the black ops program and set himself up as 'The Nowhere Man', a badass who helps people in trouble. When a person in dire straits is given Evan's number by a former client, the call goes to Evan's uber-encrypted RoamZone phone, which he answers with the phrase "Do you need my help?" The 'help' always involves Orphan X killing people, so it's frowned on by the authorities.

Evan's controversial work puts him the sights of government assassins until Evan makes a deal with President Victoria Donahue-Carr. POTUS grants Evan an unofficial pardon with the stipulation that he has to give up being the Nowhere Man.

In accordance with his deal, Evan stops answering the RoamZone phone. However one caller is very persistent, phoning again and again. When Evan finally responds, the caller claims to be his mother, who gave him up as an infant. The woman, whose name is Veronica LeGrande, has a mission for Evan. Veronica implores Evan to protect a man called Andrew Duran, who's the target of assassins.

Duran was working at a Los Angeles impound lot when he was visited by two people claiming to be U.S. Marshals. The supposed marshals coerced Andrew into informing them when a man named Jake Hargreave was coming to pick up his battered truck. Duran complied, and when Hargreave showed up at the impound lot, he was killed. Duran - who saw the murder - was targeted as well, but managed to escape. Now the killers are after him.

When Evan meets his mother, he experiences all kinds of emotions. Evan longs for the connection, but is angry that Veronica abandoned him to a miserable life in a downtrodden orphan asylum. Evan has flashbacks to the institute, where he was housed with a bunch of 'lost boys' who were always clawing for food, space, and the chance to get out. This is the first time we get a clear look at Evan's childhood, and his acceptance into the Orphan Program, and it helps us understand the direction his life took.

In any case, Evan agrees to protect Andrew Duran, who's an impoverished alcoholic living in a hovel above a Chinese restaurant. Duran scrimps and saves to provide child support for his 11-year-old daughter Sophia, but is too embarrassed by his circumstances to actually SEE the girl. Moreover, Duran is so depressed he doesn't even want Evan's help.

Evan forges on regardless, and gets assistance from his 16-year-old protégé Josephine (Joey), who's one of the best computer hackers in the world.

Evan discovers that Jake Hargreave was killed because he was about to expose a controversial government program involving killer microdrones that mimic dragonflies. Proponents of the scheme are determined to go forward, and will kill anyone who gets in the way. They're now after Duran and his protector Orphan X.

As always in this series, there's plenty of action, including hand-to-hand fighting and skirmishes with (almost) surreal advanced weaponry, some of which is provided by Orphan X's friend Tommy Stojack - who's on the cutting edge of weapon design. Beautiful former Orphan V, Candy McClure, helps Evan as well.

We also get to see Evan's fortress penthouse apartment, which has a secret surveillance/computer/weapons room; a parachute to jump off the building; and a freezer room filled with expensive vodka.

When Evan isn't actively pursuing his mission he shows his softer side, which includes looking after the welfare of Joey and her pooch Dog; visiting his neighbor Mia and her 9-year-old son Peter; attending the moving party of an elderly Jewish woman in his building; chatting with the doorman; and so on. Most of this is very difficult for Orphan X, whose upbringing gave him no facility for social interactions.

There are plenty of twists in the story, and a dramatic finale that has me anxious to read the next book in the series.

Thanks to Netgalley, Gregg Hurwitz, and Minotaur Books for a copy of the book.