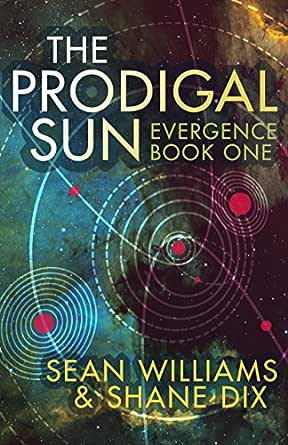 You've subscribed to Evergence! We will preorder your items within 24 hours of when they become available. When new books are released, we'll charge your default payment method for the lowest price available during the pre-order period.
Update your device or payment method, cancel individual pre-orders or your subscription at
Your Memberships & Subscriptions
There was an error. We were unable to process your subscription due to an error. Please refresh and try again. 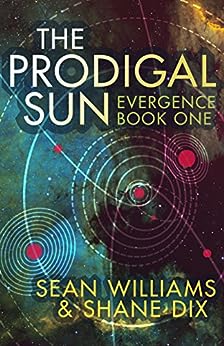 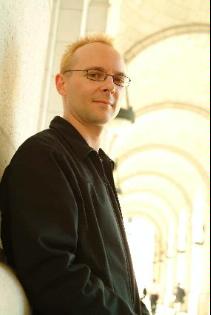 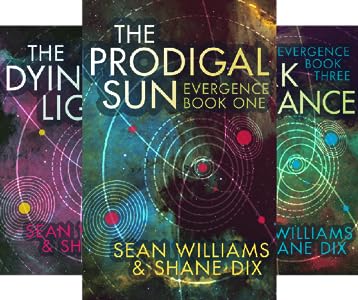 Kindle Customer
4.0 out of 5 stars Good old style sf
Reviewed in the United States on January 2, 2017
Verified Purchase
This was an enjoyable read, with the ingredients of classic science fiction. It was quite refreshing to immerse myself in the familiar tropes of hyperspace, cyborgs, AIs and interstellar politics, viewed through the eyes of a slightly naive but capable protagonist who triumphs at the end with the help of a motley crew of allies. Obviously the story continues in the next volume, which I fortunately have at hand.
Read more
2 people found this helpful
Helpful
Comment Report abuse

P. Nichols
5.0 out of 5 stars Fast moving and unexpected events
Reviewed in the United States on December 1, 2020
Verified Purchase
Enjoyed the plot and found it to be captivating. Plenty of "oh no's" and surprise. Female captains always entertain and delight.
Read more
Helpful
Comment Report abuse

Very happy to recommend it to others.

If you are considering getting this book then I say "go for it". (Don't let the boring cover fool you, the book is excellent!)
Read more
One person found this helpful
Helpful
Comment Report abuse

gkb50
5.0 out of 5 stars Good Store
Reviewed in the United States on March 22, 2011
Verified Purchase
The book arrived in the condition advertised and in a timely manner. I would definitely order form the store again
Read more
Helpful
Comment Report abuse

R. Cusolito
3.0 out of 5 stars Decent space opera
Reviewed in the United States on January 14, 2004
Commander Morgan Roche is an intelligence agent for the Commonwealth of Empires (COE), on a mission to escort a powerful artificial intelligence back to Intelligence headquarters. She meets up with a mysterious man named Adoni Cane who has no memory of his past, who is found later to be a genetically-enhanced super-soldier. The ship she is travelling on is ambushed and destroyed by the Dato Bloc, a government that has broken away from the COE. With the help of the AI known as "The Box", and the warrior Adoni Cane, she escapes the destruction of the ship and crash-lands on the prison planet Sciacca's World. From there, the rest of the book chronicles her mission to escape the planet and return the AI to COE Intelligence HQ, while constantly on the run from Dato Bloc forces, who are in league with the corrupt COE officials on the planet.
If I could give this book a 3.5 star rating, I would. It's good but not great, and as another reviewer said, it doesn't have a lot of original ideas. If you like a space opera type of story with a good deal of action, you'll like this book. My problems with it were the cliches of the "all-powerful AI" and the "mysterious warrior". In every dangerous situation that Commander Roche faces, it's either Adoni Cane or The Box that pulls her out of it, through some kind of trick or previously unknown ability. After a while, it starts to read like an episode of one of the newer Star Trek shows, where the characters are put in seemingly impossible situations, but are really not in very much danger at all, because it becomes obvious that either Cane or The Box will always come through and save her.
The ending of the book, especially for the first in a trilogy, was a little too much of a "happy ending" for me. Usually, at this point in a story, there should be a certain level of tension that is worked through in the second book, and then ultimately resolved in the third book. The reader is not left with a lot to look forward to in the next installment.
I was also a little puzzled by this installment's title, "The Prodigal Sun". It's apparently supposed to be a play on words for "The Prodigal SON". This phrase is mentioned in the book (with the spelling SON), as it relates to one of the characters, but there is nothing in the book to indicate what is meant by the spelling of SUN in the title. Perhaps this will be revealed in later books; so far I have only read the first one.
Read more
2 people found this helpful
Helpful
Comment Report abuse

Mistrmind
5.0 out of 5 stars Prodigal Sun -- The Start Of A Awesome Space Opera
Reviewed in the United States on April 11, 2000
After reading this book, my first thought was, "When is the next book coming out?" Prodigal Sun is a unique space opera, with many charactes, a complex society, and a universe where you don't know who is on your side, or who to trust. Your friend may be you enemy, and your enemy just may turn out to be your friend. The story exemplifies the addage, "Politics makes strange bedfellows." I found the character of Morgan Roche to be as engaging at Ellen Ripley character from Alien. A strong enduring woman, who is an unwitting pawn in a grand scheme where the reader is unsure as to who is pulling the strings. The culture is portrayed in a richtapestry, where humanity exist in genetically modified caste system. I recommed this book for anyone looking to get involved in a space opera of a grand scale. Only downfall is that once you finish Emgerence, you're going to have to wait for the next book in the series to come out.
Read more
9 people found this helpful
Helpful
Comment Report abuse

Colin R. Glassey
4.0 out of 5 stars Good story, but not great
Reviewed in the United States on January 26, 2001
What this is: Space Opera from the late 1990s similar to: Simon Green's "Deathstalker" series (but not nearly as violent or as "cheesy"), Iain Banks "Culture" novels (but not nearly as meanspirited). They have "borrowed" some ideas by Vernor Vinge and some others from Heinline (reaching way back to the late 50s there).
It is an enjoyable mix and I had no trouble blazing through the book. However, it doesn't really have an original idea. The AI here is simply too powerful (I'm a Vinge fan and to me, really powerful AIs are scary). And, just about everyone we meet is too "nice". Even the nasty types that we meet at the end of the book are just doing their job, and they aren't that nasty either.
I will grant that the authors have done a good job of "universe" creation. Nothing that grabs you while you say "wow!" but still, not bad at all.
There are better books out there (especially "A Fire Upon the Deep") but there are also a large number of worse books. I'm certainly willing to try out book 2.
Read more
6 people found this helpful
Helpful
Comment Report abuse
See all reviews

Kindle Customer
3.0 out of 5 stars Entertaining but nothing like Banks
Reviewed in the United Kingdom on January 23, 2004
Verified Purchase
I have to agree with the reviewer who said this book isn't a patch on Banks. It was entertaining, and I will definitely be picking up the other two books in this series, but it did have faults too. For instance, Roche is an intelligence officer with the COE... a spy if you will, yet she seems completely unable to take care of herself. She is trained to evaluate situations and fight if need be. She is supposedly skilled with or without weapons, yet The Box seems to do all her thinking for her, and Cane all her fighting.

Roche did not come across as a believable spy to me. She was more like a woman caught up in events she had no control over and was obviously in over her head from day one. As someone else said, this book is a conventional space opera. It is an easy and quick read, but certainly not a thought provoking one. I do look forward to learning more about Cane in the next book. He is the only character with some mystery about him. The other characters are pretty much standard for this kind of story.
Read more
2 people found this helpful
Report abuse

Joe
5.0 out of 5 stars Really enjoyed it
Reviewed in the United Kingdom on May 24, 2005
Verified Purchase
You do need to read all three books, simply because of the endings, which really are 'read the next book to find what happens next'. I read the first, then immediately ordered the next two, and without giving too much away, an unexpected ending to the trilogy as well.
It also helped that I liked all the main characters, who had their own motivations, even if they didnt know what they were, especially the enigmatic 'box', a super intelligent AI in a suicase attached to the main character who is meant to be delivering it and who is very nifty at rescuing her from tight situations.
Much better than the average pulp fiction, and I give it 5 stars in that context.
Read more
One person found this helpful
Report abuse

Thomas Oliver-Spry
5.0 out of 5 stars Perfect
Reviewed in the United Kingdom on August 27, 2018
Verified Purchase
Really good condition...perfect for a paperback. I've read this trilogy before so i know its a cracker already. Delivery was swift and informative. Very happy
Read more
Report abuse

Tim
2.0 out of 5 stars Enjoyable read...
Reviewed in the United Kingdom on March 3, 2013
Verified Purchase
I enjoyed this book and the other two in the series... right up until the ending, which made me wonder why I had bothered.
Read more
Report abuse
See all reviews