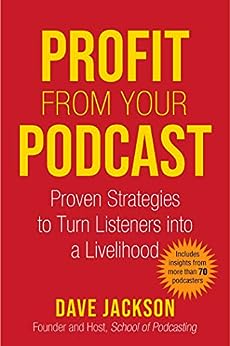 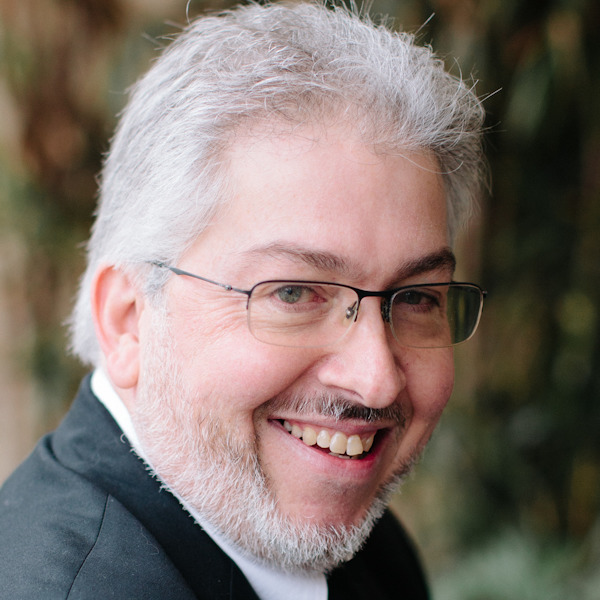 Profit from Your Podcast: Proven Strategies to Turn Listeners into a Livelihood Kindle Edition

by Dave Jackson (Author) Format: Kindle Edition
See all formats and editions
Sorry, there was a problem loading this page. Try again.
Methods and Advice for Making the Most of Your Podcast—Pricing, Sponsors, Crowdfunding, and More

Pick up any book on podcast monetization, and you will find 90 percent of it only covers how to launch a podcast. If you already have a podcast, you have that information; you’re ready for the next step. Profit from Your Podcast provides top strategies and real-life examples of podcast monetization. This book is more than what to do. It also tells you how to do it. Chapters cover such topics as:  Built on the author’s fifteen years of experience in podcasting, this action-packed guide will benefit new and veteran podcasters. Get clear on who your audience is and what they want, deliver value, and build an engaged audience that wants to give you money. Leverage your relationships and the integrity you have built through your podcast to create multiple streams of income. Profit from Your Podcast gives you the tools to do it all.
Read more
Previous page
Next page

Dave Jackson is an award-winning 2018 Podcasters Hall of Fame inductee who has been helping people to understand technology and harness its power for over twenty years. He is best known for launching the School of Podcasting in 2005. In his fifteen years of podcasting, he has launched over thirty podcasts himself with over four million downloads. He is also a featured speaker at podcast events, a contributor to the Podcast Business Journal, and a member of the libsyn.com support team. His experience, position, and channels allow him to help more podcasters than anyone else on the planet. He lives in Akron, Ohio.   --This text refers to the paperback edition.

Dave Jackson was born and raised in Akron, Ohio. Growing up Dave often felt like an "outsider" and consequently has always felt the need to help those who felt similar to achieve their goals through education. Dave has been teaching technology for a very long time. He once held classes on "Surfing the Internet" as nobody knew what it was. This was BEFORE Google.

Dave discovered Podcasting in 2005 and knew this was his calling. With the ability to be creative (Dave is also a musician), the ability to help people, with a bit to technology thrown in, he knew he had found this the perfect technology to build his platform.

His School of Podcasting (launched in 2005) has helped hundreds launch a successful podcast. His show "The School of Podcasting" has 2 million downloads. In 2016 Dave left the corporate classroom to work in Tech Support for Libsyn.com the largest podcast media hosting company.

In 2018 he was inducted into the Academy of Podcasters Podcaster Hall of Fame.

Over the years he has launched many podcasts as experiments that he could share the results with his audience. Many of them you can find at www.powerofpodcasting.com

Amazon Customer
5.0 out of 5 stars What are you waiting for? Let’s make some money!
Reviewed in the United States on November 8, 2020
Who doesn’t want to monetize their podcast? In his latest book, super-star podcaster Dave Jackson explains multiple ways we can all make a profit from our show.Podcaster to podcaster - I highly recommend this book!
Images in this review

Bill at Torg Stories
5.0 out of 5 stars Loaded with Practical Ideas to Implement
Reviewed in the United States 🇺🇸 on January 15, 2023
Verified Purchase
I paused my reading to listen to a few of Dave’s pods and was able to add my Torg Stories show to Amazon and Spotify in less than 15 mins. There are lots of great tips for inviting listener engagement and a variety of options suggested for both growing and monetizing your show.
Read more
Helpful
Report abuse

Andres Brenes
5.0 out of 5 stars Dave Jackson is The Man
Reviewed in the United States 🇺🇸 on October 26, 2020
Verified Purchase
This book was awesome, it brings lots of insight and experience no one else has. Even if English is not your native language it’s a worthy read. This was not a step-by-step guide as “Big Podcast” of course and Dave already knew that when he wrote it and I was not expecting anything different. I’d say if you have a podcast you must read this book at least once. This book is for people who already may know about podcast and already have one due indeed Dave put lots of information that EVERYONE in the Podcast niche may need at some point. If you have a Podcast you’d love this and there’ll never be regrets. Thanks for all you do Dave.
Read more
5 people found this helpful
Helpful
Report abuse

Zita Christian
5.0 out of 5 stars Practical and Proven Strategies for the Podcaster
Reviewed in the United States 🇺🇸 on October 11, 2020
Verified Purchase
Having knowledge is one thing. Being able to teach is something else. Being able to teach with a sincere desire to help the student is a true gift. That's the kind of teacher Dave Jackson is. He is a member of the Podcasters Hall of Fame and has more than 15 years in the podcasting field. He knows his stuff. The strategies he shares in Profit From Your Podcast aren't pie-in-the-sky dreams. They're practical and proven. They're helpful in the ways that count.
Read more
5 people found this helpful
Helpful
Report abuse

Tim Bete
5.0 out of 5 stars The information in this book is worth 10x the price
Reviewed in the United States 🇺🇸 on February 20, 2021
Verified Purchase
Dave Jackson has been an innovator in podcasting for more than 15 years and this book is packed with practical advice from what he’s learned along the way. The realistic revenue projections are excellent. If you are just starting a podcast or trying to bring your existing podcast to the next level, this book is a must-read!
Read more
4 people found this helpful
Helpful
Report abuse

ExceedInJoy
5.0 out of 5 stars Honest, experience-based information that every podcaster needs.
Reviewed in the United States 🇺🇸 on October 9, 2020
Verified Purchase
Dave is one of the best in the podcasting space! This book does a great job of sharing the pieces that need to come together for podcasters to serve their listeners well without shortchanging their livelihoods. Any podcaster that wants to start right and continue well will benefit from this book.
Read more
2 people found this helpful
Helpful
Report abuse

Jeffery Harris
5.0 out of 5 stars Highly recommend this book if you are going to have your own podcast
Reviewed in the United States 🇺🇸 on November 17, 2021
Verified Purchase
It helps you start or grow your podcast
Read more
Helpful
Report abuse

mattr
5.0 out of 5 stars What are you waiting for? Let’s make some money!
Reviewed in the United States 🇺🇸 on November 8, 2020
Verified Purchase
Who doesn’t want to monetize their podcast? In his latest book, super-star podcaster Dave Jackson explains multiple ways we can all make a profit from our show.

Podcaster to podcaster - I highly recommend this book!

mattr
5.0 out of 5 stars What are you waiting for? Let’s make some money!
Reviewed in the United States 🇺🇸 on November 8, 2020
Who doesn’t want to monetize their podcast? In his latest book, super-star podcaster Dave Jackson explains multiple ways we can all make a profit from our show.

Podcaster to podcaster - I highly recommend this book!

Sweetestmoondust
4.0 out of 5 stars An interesting book
Reviewed in the United Kingdom 🇬🇧 on May 6, 2021
Verified Purchase
An excellent book that gives you absolutely loads of invaluable information and advice on what to do when producing your own podcast. I think it's one of my best books with insightful information on what to do
Read more
Report abuse