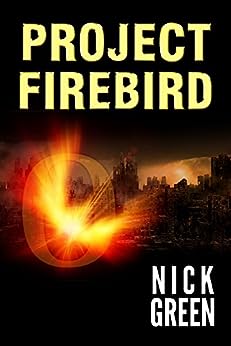 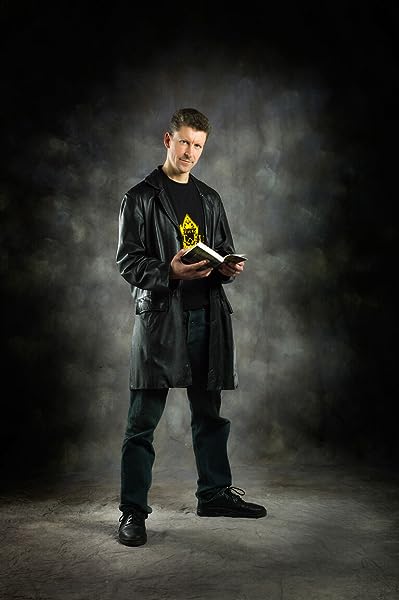 Lisa Cindrich
5.0 out of 5 stars Funny--and frightening--dystopia
Reviewed in the United States on December 31, 2014
Verified Purchase
This was a really engaging read. There's a lot of teen dystopian fiction out there, but what really set this one apart for me was how Green somehow brings in a certain humor and lightness-of-touch. Even though, at the same time, it's not like the impending doom aspect of the story isn't given its due. That had to be a really tough balancing act for the author, but he pulls it off quite deftly. I loved Leo and how genuinely teen-boy he is. ("She left the table like a queen of England. Leo browsed her abandoned tray for any food worth scavenging.") Green also has a tendency to spring descriptions and images and specific word choices that are surprising, but really vivid. Reminded me a bit of Markus Zusak at times. For example: "Leo shook him again, like a stubborn sauce bottle." Or this: "Leo stared at a biscuit in his hand, a fig roll, his all-time favourite, now as appetising as a nine-volt battery." Or this, from the epic and hilarious drive to London: "...it was lorries, lorries, almost nose to tail, like driving through streets of migrating buildings." I'm not usually a huge series reader, but will definitely continue on with the next Firebird book.
Read more
One person found this helpful
Helpful
Report abuse

MiMi
5.0 out of 5 stars A Nice Adventuresome Tale ! ! !
Reviewed in the United States on April 18, 2016
Verified Purchase
A young adult tale, good enough for grownups. Without swearing and explicit narrative, the story was a nice change from the sex and violence of adult books.
Keep up the good story telling ! ! !
Read more
One person found this helpful
Helpful
Report abuse

Amazon Customer
5.0 out of 5 stars Another fine new approach
Reviewed in the United States on May 17, 2016
Verified Purchase
I'm always impressed by new sci-fi concepts especially when they are so well written and flow so eloquently.
Read more
One person found this helpful
Helpful
Report abuse

Kindle Customer
2.0 out of 5 stars Not a good read.
Reviewed in the United States on May 15, 2016
Verified Purchase
Book is generally slow reading from the start and ends just as slow as the start, The author uses many English orientated statements and terms that not part of the American English and it makes for not understanding everything written. I purchased all three books and now realize I made a mistake. Just not exciting reading.
Read more
Helpful
Report abuse

Majanka
5.0 out of 5 stars Exceptional read, very enjoyable
Reviewed in the United States on October 21, 2014
Project Firebird is that one of a kind novel that mixes it all: a reluctant, unexpected hero, a group of friends, a bad guy who isn’t predictable at all, and the impending apocalypse, of course.

Leo Lloyd-Jones isn’t exactly what you’d call a ‘good kid’. He steals cars (although he refuses to call it stealing) to get into illegal street races with his friends, playing tag with cars. But when he stumbles upon a boy and girl who look suspiciously like his brother Brandon and his girlfriend in the middle of the night, and they’re in trouble, Leo goes out of his way to help him – only to find out they’re not Brandon and his girlfriend at all. But while his parents hope that he’ll get some sort of punishment when they call the police to tell them he’s been stealing cars again, the couple actually steps in to help, and before he very well realizes it, Leo is branded as some kind of hero.

He gets a letter inviting him to a two-week trip, and offering him the chance to get a Firebird medal. But once he arrives there,he finds himself surrounded by kids who all did something important. Like Paige, who practically raised her little sister Skye when her Mom couldn’t take care of her. Or like Rhys, who went to the Northpole with his Dad, and was forced to come back alone, to survive all on his own. The list goes on and on, and Leo feels a little like an outsider, but thankfully Rhys helps him fit in.

But when the kids get their medals, a horrible secret is revealed. A deep space comet is on its way to earth, and when it collided, it could very well destroy everything. The kids have been brought there for a reason – they must hide in an underground shelter and wait out the impending apocalypse. They must survive, no matter what it takes. They can’t contact their families though, can’t even say goodbye, and only get the vague promise that their famlies will be taken to underground shelters all over the world.

Leo struggles to come to terms with what’s happening, but he’s not the only one struggling. As he becomes friends with the other kids in the Nest, he learns more about himself than he thought possible. He learns what he’s capable of, and that turns out to be more than he ever expected.

The book features tons of secondary characters, but manages to give each of them a distinct personality. There’s Paige, always worrying about her sister, but who also has a heart of gold. Then there’s Summer, who wanted to win the Olympics and who wants nothing more than to escape, and so on. Leo shines as a main character, flawed but with his heart in the right place, and brave in the face of danger.

The ending was..shocking. I hadn’t expected it at all. Not giving out any spoilers though, but well, you’ll probably be surprised too.

Solid writing, and although the book is quite long (over 400 pages on my eReader), it doesn’t feel long. The pacing is fast, and the reader gets thrown into the action right away. An exceptional read, very enjoyable.
I received a free copy of this book in exchange for an honest review.
Read more
2 people found this helpful
Helpful
Report abuse

Rachel Lightwood
4.0 out of 5 stars Brilliant!
Reviewed in the United States on October 13, 2014
How many times have we read a dystopian book set in a post-apocalyptic word? The characters are forced into survival mode and struggle against the problems of this "new world". We only hear about what happen to cause all this through them. What about getting to experience the world ending in front of us? How many times have we got to read about apocalypse happening right now? For me that answer is never, which is one of the biggest reason I loved this book so much. I have never read anything like it before and originality is something the genre of dystopian tends to lack.

The characters were also a highlight. I really liked our protagonist, Leo. He was funny, smart and very realistic. Paige and Skye's sisterly bond was so cute and Skye was hilarious. Summer and Rhys were also great characters - as was everyone really. Their were no faults character-wise.

As I have mentioned above, the plot is what made it though. It wasn't as action-packed as I would have thought it would be but there were some great moments. Action wasn't really necessary in the end anyway. What really worked for me is how realistic I found it. The character's reactions were spot on. The right amount of panicking, cool collectedness and confusion.

Overall, I really enjoyed this. It was definitely one of the best dystopians I have read this year and I am eager for the sequel now to see what is going to happen to Joe and his friends.

Note: a copy was provided courtesy of Nick Green through the YA Buddy Readers' Corner group in exchange for an honest review. No compensation was given or taken during this process.
Read more
One person found this helpful
Helpful
Report abuse
See all reviews

skycat
5.0 out of 5 stars Not just for young adults!
Reviewed in the United Kingdom on September 30, 2014
Verified Purchase
Not just a YA read at all. I'm well past that age and simply loved all three books in the series. Very seldom do you get superb storytelling ability combined with brilliant writing: three dimensional characters, amazing imagery, insanely simple yet intricately portrayed plot, and incredible action adventure all in one lump. Just wonderful in every way. To read these books is to live them alongside the protagonists. I've read all three back to back and feel as if I've just emerged from a film fest where all my senses have been engaged. Brilliant is too trite a word!
Read more
3 people found this helpful
Report abuse

Croftville
5.0 out of 5 stars The genesis of the Firebird project
Reviewed in the United Kingdom on October 16, 2014
Verified Purchase
Prepare to be surprised more than once by how the Firebird tale develops. The storytelling here is high-grade as is the quality of the writing. If you read this you’ll be determined to find out what happens in the second of the series, and you’ll be in for a wild ride as things evolve and become ever more epic.
Read more
One person found this helpful
Report abuse

Raytax
4.0 out of 5 stars Four Stars
Reviewed in the United Kingdom on December 14, 2015
Verified Purchase
Enjoyable
Read more
Report abuse
See all reviews
Back to top
Get to Know Us
Make Money with Us
Amazon Payment Products
Let Us Help You
EnglishChoose a language for shopping. United StatesChoose a country/region for shopping.
© 1996-2021, Amazon.com, Inc. or its affiliates