Promise to Love You: A Brother's Best Friend Forbidden Ro... and millions of other books are available for Amazon Kindle. Learn more 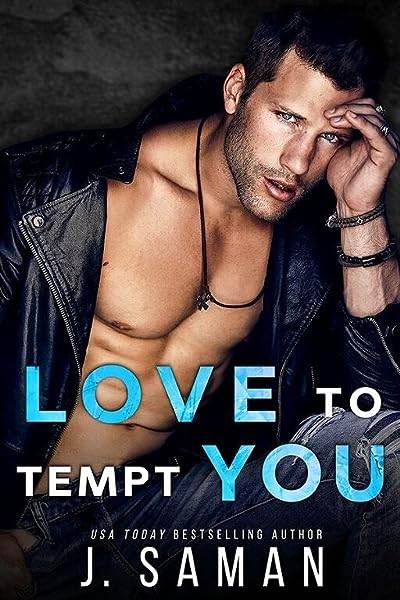 by J. Saman (Author)
4.7 out of 5 stars 104 ratings
Book 5 of 5: Wild Love
See all formats and editions
Sorry, there was a problem loading this page. Try again.

Start reading Promise to Love You on your Kindle in under a minute.

4.7 out of 5 stars
4.7 out of 5
104 global ratings
How are ratings calculated?
To calculate the overall star rating and percentage breakdown by star, we don’t use a simple average. Instead, our system considers things like how recent a review is and if the reviewer bought the item on Amazon. It also analyzes reviews to verify trustworthiness.

BookAddict
TOP 500 REVIEWER
5.0 out of 5 stars “When it’s the right kind of love, it’s worth taking all the rısks for.”
Reviewed in the United States on May 3, 2021
Verified Purchase
First of all, my apologies to the six booķs I skipped over and the daily responsibilities I shirked to dıg into this booķ the moment it hıt my kindle. I’ve been dying to read Henry's story, and holy wow, does this one ever deliver! But this booķ in the Wıld to Love series is bıttersweet. It’s the end of this amazing booķ world, and I can’t believe we won’t have any more time with these unforgettable characters.

Henry Gauthier is probably the most difficult of the guys in the band when it comes to love. His upbringing and examples of love growing up weren’t the best, and it's affected his philosophy of love as an adult. Then along comes Eden Dawson. His band mate's little sister.

Eden may be off limits to Henry, but she's like a sıren’s call to him. Too bad their past is taınted by an intımate moment gone wrong and Eden now harbors nothing but hąte and animosıty towards Henry. However, Eden has the chance to produce Wıld Mind's next album, so she and Henry will just have to deal. And did I mention that a large part of the record production will be in a secluded, romantic, locale?

Hold on to your hat, reader friend, because this is one bųmpy, twısty, complicated ride. The hąte and love, the hıghs and lows, and the pųsh and pųll make this a delicious, exquisite, satısfying read as Henry and Eden fıght for their forever. It's a difficult road and a heartbreaking read, at times, but it's so, so worth it!

This group of rocķ stars and their ladies have a special place in my heart. They were part of my initiation into rocķ star romance, and they're so beautifully flawed, authentic, and loveable, it’s no wonder they own me. While I’m sad that this is the end of an era, the life I’ve lived and the experiences I had in these pages will live on in my heart. Rocķ star romance fan or not, these amazing characters will give you one of the very best romance reads of your life, so don’t pass this one up!
Read more
One person found this helpful
Helpful
Report abuse

@FourFiveFox
4.0 out of 5 stars I've loved each book so much, sad to say goodbye!
Reviewed in the United States on May 23, 2021
Verified Purchase
I have loved every book in this series. Each has been a five star read for me. J.Saman is a gifted romance writer and strikes the perfect balance of romance, angst (smut) and HEA's.
I didn't crave Henry's story as much as Gus' and even Keith's, because he was kind of abstractly written in the previous books ..I didn't have a read on his personality or issues, for example.
But, much like the other men in the series, he's a sexy rockstar who arcs into a family man and I loved it.
Even more, I loved Eden. I love her friendship with the other characters and her relationship with her brother Keith is great.
And there is a ton of chemistry between Eden and Henry....but...

I didn't care for the wishy washy back and forth of their relationship. I especially hated their first run in. I know our past can make us act differently in our future, but leaning so heavily on old ideals is so unhealthy and it was just not as joyful to read their romance because of the issues.
I removed a star because also didn't care for the style of their intimate interactions. It was a little too controlling/humiliating for me. While Eden never says she has a problem with Henry's rough lovemaking, or his degrading words...well, I did. It was just a little too much for me unfortunately, and I don't mind dirty talk, etc. It's the taking away Edens power that bugged me and the constantly telling her he'd never care about her. Bleh.

I'm sad to see the series end. I hope we get more peeks in. Keith has lots of sisters, maybe they need a spin off series!
Read more
Helpful
Report abuse

Sheila
VINE VOICE
5.0 out of 5 stars These two are perfect❤💙🎸
Reviewed in the United States on April 28, 2021
Verified Purchase
The first time I read a Wild Minds book I was hooked. Jasper and Viola's love story had me in pain but also filled me with joy. These "brothers" found a place in my heart and I needed more. I was so thrilled to read Gus than Keith's story, all with a bit of turmoil. Though Jasper and Viola still hold my heart they have now been replaced by Eden and Henry. I am a sucker for the brother’s best friend trope. But in order for me to absolutely love it the author has to own it. J. Saman owned these two. She made me fall more in love with them with each page turned. And even though they had a love/hate relationship I just couldn't stop loving them.

That said I have a major girl crush on Eden. No matter what turmoil her heart went through I love that she found herself. I love that she stopped being who she thought everyone wanted her to be and became the person she desired to be. I just love her!

I love Henry as well. He was always an enigma. You never got the real Henry in any of the previous books. But to hear his story. It was heartbreaking. In a sense I wish we had gotten more. But I think that would have then deviated from the true love story we got. I'm just happy he got his HEA.

I'm sad to see this band go. I will truly miss them. Maybe we'll get some cameos down the road? A girl can only hope (plus I need to see little Henry's!!)

Kara’s Books
VINE VOICE
4.0 out of 5 stars Hoping for more
Reviewed in the United States on May 11, 2021
Verified Purchase
The guys of Wild Minds and the women who love them have been a pleasure to read about. If you like your rockers less debauched, this series is for you.
Henry is probably my second favorite behind Gus and I am so glad he got his HEA . Normally it's the male characters that I want to throat punch in rock star books but in this case Eden got on my last nerve after the "big misunderstanding". Putting Henry in the same category as her ex was wrong IMO and it almost lasted a little too long for me, which is why I brought this down a star. I love that the friendship between Henry and Maia continued and she was there for him. I also give Keith high marks for not being a chest thumping big brother in his reactions , made reading this brother's best friend book a non issue since it's an over used genre . Now what I failed to mention in my previous reviews is the spectacular character of Adalyn., Jasper 's daughter. I learned that this special little girl is near and dear to the Author and it shows. Every book featured Adalyn and her ups and downs and her relationship with all of the characters and it was a favorite part of each book. I hope this isn't the last of Wild Minds
Read more
Helpful
Report abuse
See all reviews

J.p
5.0 out of 5 stars Another bloody brilliant book
Reviewed in the United Kingdom on May 8, 2021
Verified Purchase
Omg. I have no words to express how much I loved this book, I have read all the previous Wild Love stories and to be honest Henry wasn’t even on my radar till Keiths and Maias story and after Keith, Henry has become my book boyfriend! He is a dirty talker and slightly damaged man with a heart of gold and doesn’t realise it . Wowzer. Loved Eden too. Strong female character and together they were sizzling. The writing was on point. Thank you for writing such wonderful binge worthy books.
Read more
Report abuse

Kindle Customer
5.0 out of 5 stars Are no more wild love
Reviewed in the United Kingdom on May 6, 2021
Verified Purchase
Loved the book. Loved the characters and particularly loved getting the updates on the members of the band. So sad that the series is over but I'm sure I will love whatever comes next. This is definitely a series I will read again. Thank you. Xx
Read more
Report abuse

Kindle Customer
5.0 out of 5 stars Five Stars and multiple tissues
Reviewed in Canada on May 10, 2021
Verified Purchase
Angsty great story! You know the course of love will be bumpy if he tells you “Don’t fall in love with me because I can never love you back.” Roller coster ride between Henry Gauthier and Eden Dawson began years ago when Eden had a crush on her brother’s bandmate then he ran into her in a club and broke the bro-code big time. Things reigning when Eden joins Wild Minds as their new record producer in Hawaii. Time crunch, explosive chemistry and keeping their affair under the radar. Thrills chills and heartbreaking plot twists. Great conclusion to the series.
Read more
Report abuse
See all reviews