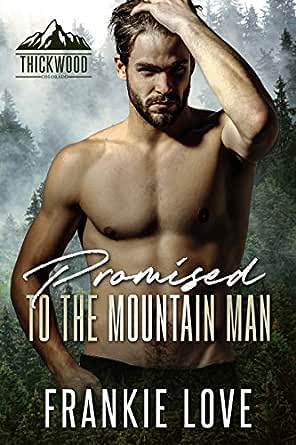 You've subscribed to Thickwood, CO! We will preorder your items within 24 hours of when they become available. When new books are released, we'll charge your default payment method for the lowest price available during the pre-order period.
Update your device or payment method, cancel individual pre-orders or your subscription at
Your Memberships & Subscriptions
There was an error. We were unable to process your subscription due to an error. Please refresh and try again. 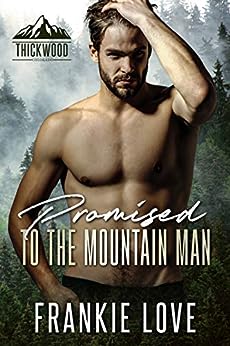 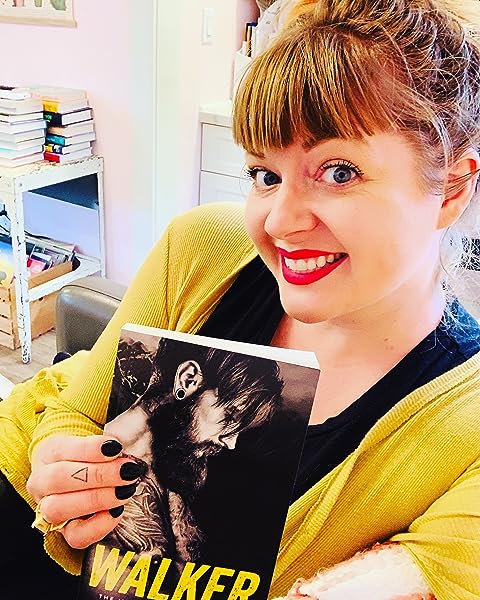 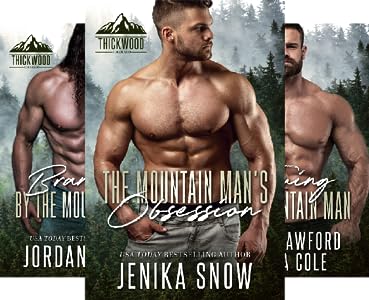 4.4 out of 5 stars
4.4 out of 5
96 customer ratings
How does Amazon calculate star ratings?
Amazon calculates a product’s star ratings based on a machine learned model instead of a raw data average. The model takes into account factors including the age of a rating, whether the ratings are from verified purchasers, and factors that establish reviewer trustworthiness.
Top Reviews

A. Richard
4.0 out of 5 stars Unanticipated situations and lots of emotion
Reviewed in the United States on April 30, 2020
Verified Purchase
When Holt aided a man in danger of losing his life, he was just doing a good deed, not expecting anything for being a caring person. But when a spur-of-the-moment comment made during the incident leads to him receiving a very unanticipated surprise, two lives are forever changed because the word that he spoke has momentous consequences. PROMISED TO THE MOUNTAIN MAN has plenty of emotion being expressed, as the characters find themselves involved in situations neither ever expected to face.

Although Holt feels his life is going well and is happy with how many aspects have turned out, there is one area that is lacking. While taking a walk in the woods near his cabin in Thickwood, CO and thinking about whether he wants to begin dating again and perhaps even find a lifelong partner, he comes upon a hiker and gets the man much needed help. To repay him for his assistance, the individual sends his own daughter as a reward after Holt had mentioned his lack of having a wife. Though Hattie had wanted to escape her difficult life, marrying a stranger was not the way in which she thought it would happen.

This Thickwood, CO story has complicated challenges for Holt and Hattie to triumph over. Upon meeting, they are both shocked at what is occurring in their lives, and they have several big issues to work through. Holt proves that he is a very thoughtful man, as he tries to make the best of what he has just learned about Hattie’s sudden appearance. She speaks her mind, but on the inside is a woman with fears of the unknown because she has not experienced that much in life. Feelings are revealed when inner thoughts are actually spoken aloud, yet I was not certain as to how this couple would respond until all the compelling scenes played out. Frankie Love made her contribution to the Thickwood, CO series frequently heartfelt because sincere emotions are constantly being demonstrated by the interesting couple.
Read more
One person found this helpful
Helpful
Comment Report abuse

Sara Munoz
VINE VOICE
5.0 out of 5 stars Promised to the Mountain Man (Thickwood, CO Book 4)
Reviewed in the United States on April 16, 2020
Verified Purchase
This is a very well written, humorous, book 4 in the Thickwood, CO Series with great characters that have chemistry and have to get over misconceptions. He saves her father and kids that the he needs a wife. He sends his daughter to settle his debt and she thinks he has an angle or a plan. They have to get over what they have been thrust into and realize they were made for each other. A must read

Kindle Customer
2.0 out of 5 stars Not Believable
Reviewed in the United States on April 19, 2020
Verified Purchase
I could not get into this mafia princess/supply store owner love story. I'm all for insta-love and insta-lust, but this story just did not make sense. I guess I missed the part where Holt rebuilds the cabin that burnt down in a forest fire. I've been a fan of Frankie Love books in the past, but this one I definitely did not like. It was rushed and not well-written.
Read more
Helpful
Comment Report abuse

skikern
5.0 out of 5 stars Great Mountain Man Romance Read
Reviewed in the United States on April 17, 2020
Verified Purchase
If you like mountain man romances, you will enjoy this story. The characters, Hattie and Holt, are interesting, well-developed and have chemistry. The story is interesting, well-written, with a happily ever after. In addition to receiving an arc, I purchased the book for my collection.
Read more
Helpful
Comment Report abuse

Kindle Customer
5.0 out of 5 stars Promise kept
Reviewed in the United States on May 19, 2020
Verified Purchase
Surprising characters and the story is amazing. Loved the
Characters interactions .The field ,wedding, and birth of triplets,and then expecting twin girls. True love can happen in an instant . Did for me was married 55 years before husband died of heart disease,six years ago..
Read more
Helpful
Comment Report abuse

Patricia Blair
5.0 out of 5 stars Holt Saved A Life Wins A Bride
Reviewed in the United States on April 27, 2020
Verified Purchase
Hold is hiking and saved a man who offers him anything he wants. Holt jokes he wants a wife. Couple of days later a missed off Hattie shows up. Another insta/attraction book in this series.
Read more
Helpful
Comment Report abuse

Kindle Customer
4.0 out of 5 stars Loving Thickwood
Reviewed in the United States on May 6, 2020
Verified Purchase
Holt and Hattie's story ...So sweet. Glad Hattie finally gets the life she wants and was able to come to some kind of relationship with her father. Hattie and Holt, hot.
Read more
Helpful
Comment Report abuse

teria1835
3.0 out of 5 stars Cute
Reviewed in the United States on May 1, 2020
Verified Purchase
A cute story. I wish their was more tension between the H and h in the beginning. I felt like the book resolved itself too fast. Cute epilogues.
Read more
Helpful
Comment Report abuse
See all reviews from the United States

NicShef❤️Reading
5.0 out of 5 stars Chemistry irrupts...
Reviewed in Australia on April 22, 2020
Verified Purchase
Frankie Love does the insta-romance and Mountain Man like no other. Once again she has given me a wonderful easy escape for an hour. ‘Promised to the mountain man’ is book 4 in the Thickwood, CO Series - but it is the first book I’ve read in this series, so they are all stand alones.

Of course you have to suspend reality when the mafioso boss falls down a ledge when attacked by a swarm of bees while hiking and then thanks the guy who saves him by giving him ‘anything he wants’. He declares he’d like a wife... so viola a few days later his daughter is on his door step...

Lucky for both of them - chemistry irrupts.
Holt and Hattie are an awesome couple and the epilogue’s are divine.
Great job Frankie... 5 Stars
Read more
Helpful
Sending feedback...
Thank you for your feedback.
Sorry, we failed to record your vote. Please try again
Report abuse

Shelley
4.0 out of 5 stars Promised😇
Reviewed in Australia on April 16, 2020
Verified Purchase
Promised to the mountain man is the fourth book in the Thickwood series. While hiking along one day Holt is surprised when he comes upon another person, but it’s clear this person is in trouble and needs help, so Holt steps up🤩 Unbeknownst, to him the man questions him and makes him a promise. Holt doesn’t think anything more about it once they part ways❣️ That is until Hattie, the mans daughter shows up at his front door😁

A cute, sweet story that is easy to read. I liked the ending😍
Read more
Helpful
Sending feedback...
Thank you for your feedback.
Sorry, we failed to record your vote. Please try again
Report abuse