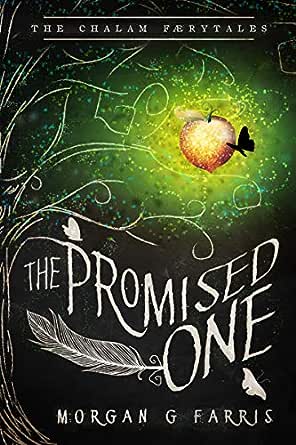 You've subscribed to The Chalam Færytales! We will preorder your items within 24 hours of when they become available. When new books are released, we'll charge your default payment method for the lowest price available during the pre-order period.
Update your device or payment method, cancel individual pre-orders or your subscription at
Your Memberships & Subscriptions
There was an error. We were unable to process your subscription due to an error. Please refresh and try again. 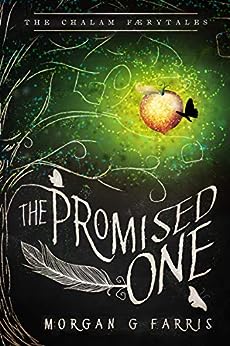 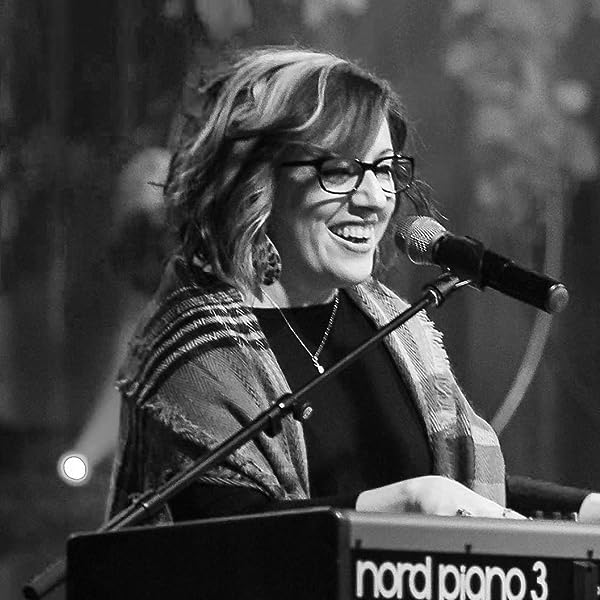 The Promised One (The Chalam Færytales Book 1) Kindle Edition 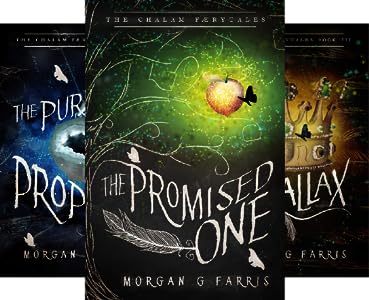 "Farris does a wonderful job creating a world and character roster that gives the reader someone to root for, someone to relate to, and someone to question at all times. An unexpected twist (or four) was a welcome change to a few classic undertones and plots, resulting in a fresh perspective that I look forward to reading the rest of the Chalam Faerytales." -- Ryder Lyne, author of Adam: the Divine Bloodline Trilogy

Morgan G Farris is a writer, musician, and artist from the great state of Texas. Boasting a library of hundreds of original songs and many novels (so far), Morgan can usually be found at her piano or at her iPad, and usually at ridiculous hours of the night. She has successfully found a way to insert The Office references into everyday conversations, most of which go unnoticed (much to her chagrin), bears an unhealthy addiction to sparkling water, and can out-quote anyone who dares to challenge her on The Princess Bride. Find out more at MorganGFarris.com. --This text refers to an alternate kindle_edition edition.

4.5 out of 5 stars
4.5 out of 5
35 global ratings
How are ratings calculated?
To calculate the overall star rating and percentage breakdown by star, we don’t use a simple average. Instead, our system considers things like how recent a review is and if the reviewer bought the item on Amazon. It also analyzes reviews to verify trustworthiness.

A Delaney Lady
3.0 out of 5 stars A Prince I didn’t like...
Reviewed in the United States on October 9, 2019
Verified Purchase
This is the first time I’ve had to give three stars. I love tales that have an exciting twists and I love fairy tales re-done and I love fantasy, but I felt like this was the author’s first book and that she didn’t have a hard edit or a thorough group of beta readers prior to publishing.

There were tons of areas that weren’t explained well, and others where it was too much time spent belaboring a point. Dialogue was well done, but I have more problems with whether the characters really are how the author is ‘saying’ they are, as actions don’t follow through with who the character is supposed to be. The biggest example is the Prince, whom is supposed to be noble, good, charming and trying to be the perfect son. Why would he be a ladies’s man as the author portrays, but also be the other qualities? (Nobel and good?)

Later in the story, the author is trying to convey that the Prince was cursed (and perhaps continues to be cursed) hence the appearance of the black moths, but he’s acting out of context in almost seducing the Duchess, and basically comes off as dislike-able. Especially after saying he loves Elizabeth so much, that she’s everything, but assuming she’s dead without proof and when her father says the answers are in a foreign country he won’t go there? ...Because he forgot? Because he’s just a self centered person who thinks love is just a gushy feeling about someone?

I’m just not buying it and it comes across as too immature...You can’t compare that love to a love gives of yourself, to the point of pain. He wouldn’t take a trip, though the Dutchess is willing to let him leave? Because he forgets or just because he’a written to be a dislike-able character due to his actions. If he is really so cursed, it should have been from another’s POV so that you see/can compare his bad behavior with how he was in the past.

In the end, he and the Queen and the relationship between the two, which was quite a bit, just wasn’t good enough for me to want to keep reading in the series. Why does the Prince like his mother, when they all acquiesce to all she wants? What kingdom would do that anyway and why wouldn’t that behavior have been stopped if the King is so amazing that the princes want to be like him? Why does the Prince not dislike his mother for banning Elizabeth from the castle? There’s just too many character development loopholes that really need to be examined prior to writing more books.

I felt like the author has enough of a story for one book, but has chosen to stretch it into 2 or 3. Trying to add more dialogue and more time passing...it doesn’t come across as enough details of why it’s stretched out so long at the beginning 1/2 of the book.

In the end, we have a cliffhanger, but we know Elizabeth is the Princess that was lost, it’s been alluded to,( too strongly)and I just can’t take another 2 days of reading dialogue that isn’t realistic to get to the point of the final 2 books in the series.

The story had great potential and could have been very good, if a good editor and/or critique was done and the author was humble enough to take the critique and improve it. Just my opinion, but I hope it helps the author in the future to write better as they do have talent if it’s reigned in and polished.
Read more
Helpful
Comment Report abuse

brumba
4.0 out of 5 stars Love Conquers
Reviewed in the United States on November 1, 2019
Verified Purchase
This romance story is about love commanding it’s two practitioners and pushing them to the limits. It takes them the whole story,but they do learn
Read more
One person found this helpful
Helpful
Comment Report abuse

CLhga2015
5.0 out of 5 stars Absolutely love this book
Reviewed in the United States on April 5, 2018
Verified Purchase
Absolutely love this book!! I don’t normally pick fairytales but I love this one! The author does a great work bringing the characters to life. So thrilled there is more after this. Would be very disappointed if there wasn’t.
Read more
One person found this helpful
Helpful
Comment Report abuse

Lisa K. Glasby
5.0 out of 5 stars What a gem!
Reviewed in the United States on June 25, 2019
Verified Purchase
How fun is this series? This was a fantastic find - I love the characters and the story! Characterization is realistic and believable and the story sucks you right into the world. Must read!
Read more
2 people found this helpful
Helpful
Comment Report abuse

Katie Robinson
5.0 out of 5 stars Could not put it down!
Reviewed in the United States on February 3, 2018
Verified Purchase
I absolutely loved this book! Very well written with a unique storyline. It’s themes of love and war along with duty and sacrifice, make you feel all the emotions. Morgan gives us characters that we fall in love with, characters that we absolutely hate (in the very best way possible) and characters that we wish we could be. I can not wait until the next book comes out!
Read more
2 people found this helpful
Helpful
Comment Report abuse

Shauna
5.0 out of 5 stars Great Start
Reviewed in the United States on July 10, 2020
Verified Purchase
Great start, excited to read the rest of the series.
Read more
One person found this helpful
Helpful
Comment Report abuse

keryi
5.0 out of 5 stars could not recommend enough!
Reviewed in the United States on April 13, 2018
Verified Purchase
Unique story-line and storytelling. I can't wait for the other books in the series to see what happens!
Read more
2 people found this helpful
Helpful
Comment Report abuse
See all reviews

Vyktorya
5.0 out of 5 stars Highly recommend
Reviewed in Canada on April 13, 2020
Verified Purchase
Originally my review was just that the 1st book is intriguing and I will be getting the others in the series, but now that I'm 2/3rds through the 2nd book I need to add, I dont know how it isn't famous. Its absolutely amazing. Great world building, storytelling is fantastic, everything about it is perfect. My heart is so invested and I'm so excited to read more.
A definite must read for those who like YA royalty, magic, love...the list goes on.
Read more
Report abuse

Danni
4.0 out of 5 stars Solid start to a new series
Reviewed in Australia on September 25, 2018
Verified Purchase
Loved the story and the characters! Can't wait for the next book
Read more
Report abuse
See all reviews