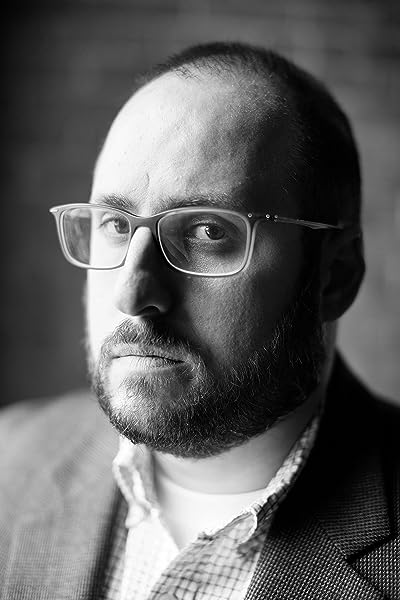 Proof of Corruption: Bribery, Impeachment, and Pandemic in the Age of Trump Hardcover – September 8, 2020

“Detailed . . . there’s much to ponder here, and many will want to do just that.” ―Booklist on Proof of Conspiracy

“A richly documented indictment of power and corruption that bears urgent discussion in the coming electoral cycle.” ―Kirkus Reviews on Proof of Conspiracy

“Chilling . . . a useful guidebook to the still-unfolding crisis. Abramson . . . methodically assembles the most important pieces of the puzzle to present a comprehensive picture of what [he] calls the most significant criminal investigation of our lives.” ―Gothamist on Proof of Collusion

“A detailed, labyrinthine chronicle of contacts between Trump and his associates on the one hand and Russian officials, oligarchs, and fixers on the other. . . . Abramson's exhaustive amassing of published evidence is useful.” ―Publishers Weekly on Proof of Collusion

SETH ABRAMSON is a former criminal defense attorney and criminal investigator who teaches journalism and legal advocacy at the University of New Hampshire. A graduate of Harvard Law School and the Iowa Writers' Workshop, he is a political columnist at Newsweek and the author of eighteen books. In 2018, the National Council for the Training of Journalists recognized him as one of the top ten freelance journalists in the United States or United Kingdom. He lives in New Hampshire with his wife and two rescue hounds, Quinn and Scout. Read more about him at SethAbramson.net/bio.

Start reading Proof of Corruption on your Kindle in under a minute.

4.9 out of 5 stars
4.9 out of 5
139 global ratings
How are ratings calculated?
To calculate the overall star rating and percentage breakdown by star, we don’t use a simple average. Instead, our system considers things like how recent a review is and if the reviewer bought the item on Amazon. It also analyzes reviews to verify trustworthiness.

JoAnne Goldberg
TOP 1000 REVIEWERVINE VOICE
5.0 out of 5 stars An insidious presence
Reviewed in the United States on September 8, 2020
Verified Purchase
Proof of Corruption is the final book in the Proof trilogy, 2400 pages that together provide a thoroughly footnoted condemnation of the criminal in the White House. Although this book reprises a few of the themes introduced in the first two books, millennia have passed since Proof of Conspiracy was published almost exactly a year ago. Right after that, the United States withdrew troops from Syria, leaving our Kurd allies to be slaughtered. Everyone was outraged; now it's a distant memory for most. The Ukraine machinations that led to the president's impeachment last year, also dimming. The book reconstructs the behind-the-scenes negotiations and manipulations for each notable episode and incident, relying on published sources. (The author, who describes himself as a curatorial journalist, does not conduct interviews himself. Thanks to the volume of tweets this president posts and his constant boasting, no need for a one-on-one conversation.)

Anyone who's encountered Seth Abramson on Twitter has noted his distinctive style. He doesn't just make one statement and then sit back. He's the master of marathon threads, concatenated tweets that provide logical stepping stones to connect the dots. There are lots of names, places, dates, facts. In a book as long as this one, the amount of information can feel overwhelming, but this is our shared history. We all lived through it, day after relentless day, and seeing it cataloged in one place is both darkly satisfying and terrifying. The author describes it as a "dystopian script of this period."

Before ordering this book, you may want to check out the author's website where he's linked eleven excerpts from this book, covering topics ranging from Covid to Black Lives Matter to Rudy Giuliani. And that's without the 3,000+ endnotes that are posted on the publisher's website for those of us who bought the book in electronic form. (I haven't gotten to those yet. Maybe tomorrow.) It's also worth noting that the book is written mostly in present tense, with some occasional dips into future tense. "Such and such meeting occurs. The media will describe it as..." Using present tense gives the material an immediacy it would not otherwise have.

The book concludes with an epilogue that takes us up to early summer 2020, about three months ago. Protests were just beginning; Covid cases rising. It hasn't gotten a lot better. We can only hope that those of us who care about our democracy are able to make our voices heard, lest the destruction of American laws and values be complete.

Michael Cohen's book was also released today, and I'll get to that one soon. It should be a good complement to this book: a close-up, boots on the ground perspective on the president. For the bigger picture of the nefarious presidency, I doubt anyone will surpass the Proof trilogy.

Kindle Customer
5.0 out of 5 stars Essential (if scary) backgrounder to the unfathomable depths of the Trump cohert perfidy
Reviewed in the United States on September 10, 2020
Verified Purchase
I follow the author on Twitter which is both a plus and a minus - PLUS: you know what has been going on before most general public MINUS: your ability to be shocked and outraged by Trump and his cohort gets dissipated. However, reading (and listening) to it all packed into book form brings it all back. You find yourself saying "Oh ... I forgot about that!" but most of the time it is putting meat on the bones of what Seth has already surfaced via his Twitter account.

The thing I most appreciate, intellectually, about Seth's books, is the metajournalism approach of gathering together the articles and journalistic endeavours from around the world to tell the story - items that on their own are often remarkable but get drowned out or forgotten, but when put together support and expand their importance as a historical record, and a warning for a future where Trump has a 2nd term and doesn't have to be constrained by standing for re-election.

The thing I most appreciate, emotionally, about THIS book, is, strangely, the Epilogue. I know from his Twitter feed that Seth is a passionate human being when it comes to human rights and equity - legal, racial, financial, womens, animal etc. etc., but generally with the journalistic side he tries to present "just the facts ma'am" and the supporting information. But the Epilogue - WOW! I admit I cried in the audio book when the Narrator (who is excellent) read the #SayTheirNames section of a selection of the names of "seemingly numberless men, women, and children of color who have been unjustly killed by police...". This segment is an author untethered to using just cold hard facts, but who is unleashing his depth of understanding of the dangers of another 4 years of Trumpism, which he has gained via the years of plunging into the bottomless greed and lack of empathy that characterises Trump and his enablers, both in the USA and internationally. Most of us have a surface or single focus understanding of the harms already done, but the author has put all of the "known" horrors together, and US voters who ignore what that could mean with another term, and therefore the immiment peril to their democracy and freedom, will imperil all of us.
Read more
14 people found this helpful
Helpful
Comment Report abuse

Dennis P Smith
5.0 out of 5 stars Incredibly detailed and powerful book about corruption of current administration
Reviewed in the United States on September 10, 2020
Verified Purchase
This is a massively detailed book with pages upon pages of foot notes.
It is definitely not light reading but an absolutely necessary reading to understand the breath and impact of the trump administration's crimes

D. Dirickson
5.0 out of 5 stars Everything you need to know
Reviewed in the United States on September 10, 2020
Verified Purchase
Seth has done it again. I also want to point out that this volume has a printed index when the first 2 volumes had electronic indices (for saving paper and time). I am a "big picture" person and Seth brings all the pieces together. No one else uses the foreign sources like Seth, many are reporting directly on how American decisions are reported abroad, especially the middle east.
Read more
10 people found this helpful
Helpful
Comment Report abuse

Amazon Customer
5.0 out of 5 stars The text book of the Trump presidency
Reviewed in the United States on September 15, 2020
Verified Purchase
The proof trilogy is so exhaustively sourced that it is embarrassing, embarrassing that there is so much public information and yet somehow Trump got elected, is still in office and may still be re-elected. This is the most thorough fact checked book out there on the Tump presidency. Seth Abramson has right wing critics I dare anyone to find a single inaccurate or false statement in this book. Everyone should read what will inevitably be the text book series of the last four years
Read more
5 people found this helpful
Helpful
Comment Report abuse

Mr Oates' Willie
4.0 out of 5 stars Like an episode of Dragnet, JUST THE FACTS
Reviewed in the United States on September 14, 2020
Verified Purchase
Lacks superfluous petty gossip. I'm giving it 4 stars cause it doesn't have a list of the characters that appear + a Brief description of them. Its hard to keep track of 1,000's of criminals w/ un-american names.
BOOK EM DANNO !
Read more