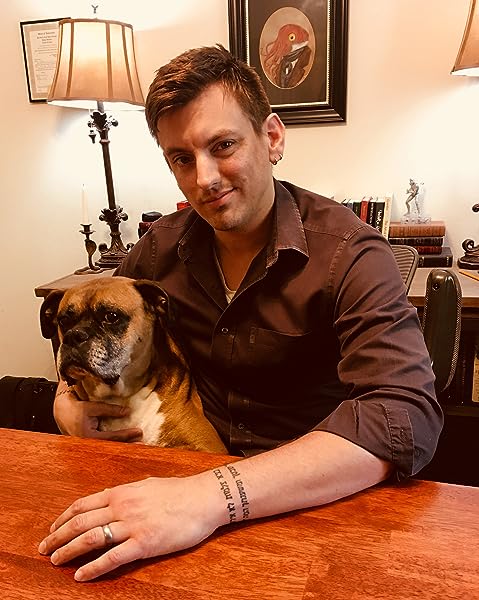 by W. T. Branton (Author)
5.0 out of 5 stars 3 ratings
See all formats and editions
Sorry, there was a problem loading this page. Try again.

Derick
5.0 out of 5 stars Suspenseful!
Reviewed in the United States on July 21, 2018
Verified Purchase
This book continually pulls you in again and again with excellent story telling and suspense. It's a book you won't want to put down until you have finished it
Read more
Helpful
Report abuse

Andre Chapoy
5.0 out of 5 stars If you enjoy the works of H.P. Lovecraft, the Thirty Three anthology will be right up (down) your rabbithole.
Reviewed in the United States on July 29, 2018
The recent death of her mother sets the story of Ashley Stonewall in motion. An average thirty-two year old woman who doesn’t look for trouble, finds herself in the possession of her mysterious run down family mansion. Clues left by her parents begin to reveal the mysteries behind the strange events and haunting disturbances surrounding her childhood home. One begins to wonder if she will be able to survive the curse of her lineage.

In his first outing, Branton rises to the challenge of world building with great skill in this atmospheric and thoughtful novel.

Proper Burial is a fantastic introduction into the world of W. T. Branton. I’m looking forward to future writings and seeing how they fill in the missing puzzle pieces. If you enjoy the works of H.P. Lovecraft, the Thirty Three anthology will be right up your alley.
Read more
Helpful
Report abuse