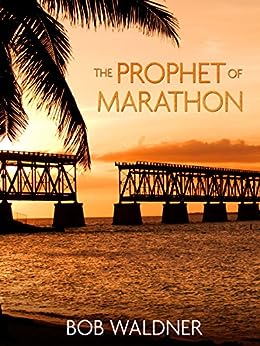 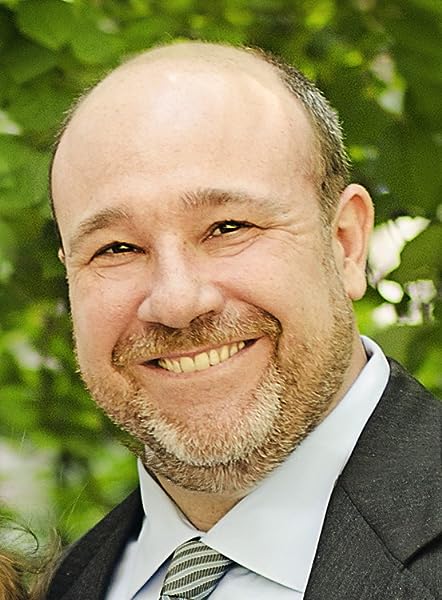 The Prophet of Marathon Kindle Edition

Armed with degrees from Duke University and the University of Michigan Law School, Bob Waldner moved to New York City many years ago to seek his fortune. Not being an adept fortune-seeker, he started writing fiction. He published his first novel, Peripheral Involvement, in 2014, and his short stories have appeared, or are scheduled to appear, in The Saturday Evening Post, The Satirist, Pinball, theEEEL and Mulberry Fork Review. He continues to practice corporate law in Manhattan, where he lives with his wife, Erinn, and his two daughters, Maureen and Madeleine. You can find him on the web at www.bobwaldnerbooks.com. --This text refers to the paperback edition.

3.8 out of 5 stars
3.8 out of 5
18 global ratings
How are ratings calculated?
To calculate the overall star rating and percentage breakdown by star, we don’t use a simple average. Instead, our system considers things like how recent a review is and if the reviewer bought the item on Amazon. It also analyzes reviews to verify trustworthiness.
Top reviews

Mr. Richard Lw Bunning
5.0 out of 5 stars Interesting and Believable Flawed Characters
Reviewed in the United States on January 10, 2016
Verified Purchase
An interesting plot centred on a rich wastrel from a well-to-do family, who in the end sort of comes 'good'. There are two very powerful male characters in this book and neither of them are the failing gambler that is at the centre of this story. One is his father, and the other a preacher of dubious reputation. There is a strong female role as well.
The book reads well and is in the main well edited. The plot is believable, unlike many thrillers, with all of the individual elements pieced together from behavioural patterns that really do regularly pop-up in the real world. There are some nice twists that kept refreshing the book without over stretching one's credulity.
The book's strongest elements, the difficult relationship between a highly successful father and a son that at thirty still hasn't fully tested his potential, the shenanigans of the evangelical preacher, and the preacher's daughter that seems to like existing on the seedy side of life, might be in a sense formalistic, but believable characters have to be, don't they? They certainly aren't ridiculous inventions.
The story dynamics lack some of the power of Waldner's first book, 'Peripheral Involvement', but I preferred the first person writing that was employed here. We need to get inside James's head in as personal way as possible, we need to understand why he was so easily manipulated, and that is perhaps only possible by engaging through his mind and his eyes. The third person style would have been far too remote for us to build any genuine sympathy for this patsy. I was sort of left doubting that James's father would have trusted a dime given past history between the two, but he did, and thinking about it as I read on, the father's assumed feelings of guilt made that element seem believable.
So, so far, two great five star reads, from Waldner, with I assume plenty more to come. If you like believable thriller fiction then these books might well be your cup of tea as they are mine.
Read more
One person found this helpful
Helpful
Report abuse

EdAd
3.0 out of 5 stars Don't tell the story if the bad guys win
Reviewed in the United States on September 29, 2016
Verified Purchase
I prefer stories where the bad guys are caught and held accountable. That may or may not be a realistic demand. But I don't like it
when the bad guys get away without any ramifications what so ever. That is what happened in this story. The main character of the story was
screwed over by the bad guys and there were not any consequences for the bad guys at all. It took a long time to get to that point and once you got there it was sort of a downer. I felt somewhat silly for previously caring about the good guys.
Read more
Helpful
Report abuse

Kindle Customer
3.0 out of 5 stars Lots of promise in this premise, but it was lost in the shuffle!
Reviewed in the United States on November 5, 2017
Verified Purchase
There was likely a great book within this book, but it was darned hard to find. There's an old saying in sales, "Samson slew a thousand Philistine's with a Jaw bone of an add: everyday salesmen lose a thousand sales with the same weapon". There is an art to saying just enough, and knowing when to shut up. If this book were 1/3 less wordy, I'd bet the movie rights would be in high demand. Okay book, but it could have been great!
Read more
Helpful
Report abuse

Amazon Customer
5.0 out of 5 stars Twists, intrigue and deception...you won't be able to put it down!
Reviewed in the United States on November 18, 2015
Verified Purchase
John Wainwright is one of the best fictional characters ever written. You'll get caught up in James' journey. The novel feels like film noir for modern times. An excellent read!
Read more
Helpful
Report abuse

Tom
5.0 out of 5 stars Fantastic Page Turner
Reviewed in the United States on June 12, 2016
Verified Purchase
Waldner has matured and his second novel shows considerable growth. I was drawn in and gripped by "Prophet" from the very beginning. It was hard to put down. Can't wait for the next book.
Read more
Helpful
Report abuse

Kindle Customer
2.0 out of 5 stars Ho-hum
Reviewed in the United States on October 4, 2016
Verified Purchase
Poor proofreading, if any at all. No surprised here - I had this one figured from the beginning.
Read more
Helpful
Report abuse

Loretta Lynn
5.0 out of 5 stars James narrates the series of events in the manner of one who's managed to distance himself from disappointment in his life
Reviewed in the United States on June 21, 2017
Whatever you think you might know about how this novel ends, unless you've read it, toss it out the window. Right now. It leads the reader in one direction and then veers sharply away from a predictable course. Prophet of Marathon had one of the most satisfying endings.

Most of the appreciation comes from the storytelling. James narrates the series of events in the manner of one who's managed to distance himself from disappointment in his life. Yet his tone maintains some level of brevity and a subtle irony. While his family pressures him to make a real life for himself, James resists. He has no clue what he wants to do. Then he gets tangled up in a scheme that will set him up for life. As you can imagine, that doesn't go well.

The author chose to break away from many stereotypes and tropes that follow this genre. It follows a realistic interpretation of what would happen regarding his circumstances, rather than a Hollywood tale. There's only a handful of characters to keep track of. It keeps things simple, and it allows for James' development to be streamlined. Which wound up being the main focus of the narrative. Some of the development was reserved for those closest to James, leading to a lot of interesting little life lessons peppered throughout.

James' voice brought the narrative to life, but it was the series of events and the way they played out that really made the story. There was plenty of foreshadowing leading up. And yet it still remained quite the mystery. No matter how many times James gets knocked down, he gets right back up and powers forward. He maintains an aura of charisma and determination that help facilitate his cause. I liked his interactions with other characters. They were meaningful and served to move the plot forward.

And, man, the twists that punctuate this narrative. The part I find comical was the fact that they're twists because they go against the grain. When Hollywood would have a pivotal positive moment dropped into the main characters' lap, Prophet of Marathon did no such thing. All these events led up to the well-constructed ending.

I enjoyed this novel from beginning to end. The author did a great job not only setting the stage, but executing it as well. Pacing, characterization, and writing style all held up fabulously. Step inside, the scheme of the century awaits.
Read more
One person found this helpful
Helpful
Report abuse
See all reviews
Back to top
Get to Know Us
Make Money with Us
Amazon Payment Products
Let Us Help You
EnglishChoose a language for shopping. United StatesChoose a country/region for shopping.
© 1996-2021, Amazon.com, Inc. or its affiliates