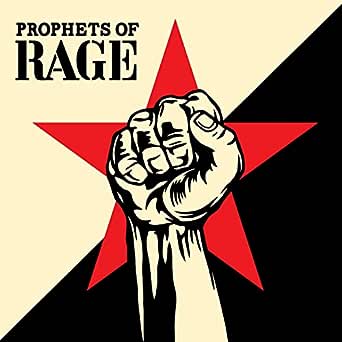 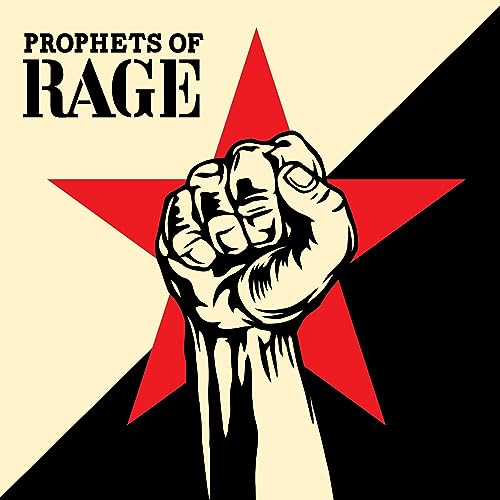 4.6 out of 5 stars
4.6 out of 5
495 global ratings
How are ratings calculated?
To calculate the overall star rating and percentage breakdown by star, we don’t use a simple average. Instead, our system considers things like how recent a review is and if the reviewer bought the item on Amazon. It also analyzes reviews to verify trustworthiness.

LA Underground Inc.
4.0 out of 5 stars Rally Around The Rage Band But Wheres Zack?
Reviewed in the United States on September 22, 2018
Verified Purchase
Rage band needs Zack back....B Real was the emcee with political flows, that hit the average mark, Chuck D on the other hand was subpar, adding gruff with a slow flow..
I believe they got him for his image and PE, but cmon this is rage!! Idk this project was okay, Zack would of made this album speak!! The beats were sick, and refreshing, with Morello and Rage bandmates present...If only they can get Zack to commit, at least for another Rage Against The Machine album??? In these times it would fit perfectly...

DJ Musically Rich
3.0 out of 5 stars Rage with B-Real and Chuck D
Reviewed in the United States on July 26, 2019
Verified Purchase
Rage Against The Machine with Public Enemy’s Chuck D and Cypress Hill’s B-Real taking the place of vocalist Zach de la Rocha. That sounds great, the EP they released with a few live and such giving people just a taste was pretty good. This album, unfortunately, falls a little flat. It sounds like warmed over Rage riffs with very stiff performances. Overproduction in the studio to make everything sound a little to clean may be adding to that vibe as well. Maybe if you are looking for something new by Rage and have completely worn out all of your Rage albums this might do it for you, or if you’re like me, it’ll just send you right back to those albums.
Read more
Helpful
Comment Report abuse

demolition man
4.0 out of 5 stars Vive La Resistance!
Reviewed in the United States on May 31, 2018
Verified Purchase
This album it seems has been taking a bit of a bashing. If you like Rage, Cypress Hill, and Public Enemy there is no reason you wouldn't like this. Sure, there is nothing groundbreaking here, and I personally could do without the song "Legalize Me". Songs about marijuana reform are old hat in this day and age, but it is still a solid effort from these gents. Monster Brad Wilk beats, raging Tom Morello riffs, tasty Timmy C. Bass runs, and vicious vocalizations from B-Real, and my all time favorite MC Chuck D. What's not to like? If you are at all curious, give it a listen.
Read more
One person found this helpful
Helpful
Comment Report abuse

Joe A.
5.0 out of 5 stars A must have for fans of Rage, Audioslave, B-Real, and Public Enemy
Reviewed in the United States on September 16, 2017
Verified Purchase
Rage and Audioslave riffs with the lyricists B. Real and Chuck D. Social commentary on the world today's climate. A must own.
Read more
4 people found this helpful
Helpful
Comment Report abuse

Kelly
5.0 out of 5 stars Hate the government/politicians/the current state of society
Reviewed in the United States on September 27, 2017
Verified Purchase
Hate the government/politicians/the current state of society? Like Rage Against The Machine, and Public Enemy? Ever wonder what it would sound like if those three things got together? Then this is the album for you!
Read more
2 people found this helpful
Helpful
Comment Report abuse

TCBK
5.0 out of 5 stars Review of the physical vinyl only
Reviewed in the United States on September 28, 2017
Verified Purchase
The product that comes from Amazon (in the US at least) does contain the translucent red vinyl. The picture of a regular, black vinyl LP, above is deceiving, thank goodness.
Read more

Blew1
4.0 out of 5 stars All in all, an excellent debut from a supergroup of established rap/rock musicians, even if it is a little familiar...
Reviewed in the United Kingdom on December 19, 2017
Verified Purchase
Rage Against The Machine, Public Enemy and Cypress Hill members join to release the quickness in the 21st Century!
This was such a good idea, that it's a shame it took close to 30 years for it to happen since these musicians started their professional musical careers. It fits so well, Chuck D's unique voice and political astuteness gels so well on paper with Rage's activism and music and it definitely works in practice too. Not being overly familiar with Cypress Hill, I wasn't sure how, or if they'd fit in or would it be a case of too many chefs in the kitchen, but a few listens to 'Take Me Higher' quelled any of my doubts.
Musically, it's exactly as you'd expect from the trio of Morello, Wilk and Timmy C. It's good, it's solid, it's laden with Morello's unique and otherworldly, dextrous guitar work and trademark blues-based, metallic riffs...therein lies probably my only problem with this album : musically, it's very familiar. Even when they formed Audioslave, the RATM members's signature sound was plain for all to hear and some of the riffs on this album sound, just a tad 'stock' Rage Against The Machine for me. This will make or break your opinion of the album, you'll either be somewhat tired of it, if you're a longtime Rage fan like me and wished to hear something new (from them), or you could argue they have such a unique style and sound, that not really anyone can emulate that it's so amazing we should just enjoy it, then you're free to do so. Saying that, Tom Morello really outdoes himself with his Whammy lines and weird noises this time however...
All in all, an excellent debut, but hopefully there'll be a little more evolution and stray a little off the beaten RATM sound track next time. It's a great road to revisit though, and who'd have thought we'd still have what is essentially the fourth original Rage album released in 2017! Hail to the Chief!
Read more
4 people found this helpful
Report abuse

Edward Mann
5.0 out of 5 stars Outrageosly good
Reviewed in the United Kingdom on September 16, 2017
Verified Purchase
I wasn't a big RATM fan but I saw these guys at Download festival and was impressed. Their statements are punched into your ears with huge in-your-face riffs and with track 2 entitled "Unf---k the world" - it's harder to think of three words that can be more inappropriately appropriate. If it doesn't get your foot tapping, try Joe McElderry instead.
Read more
4 people found this helpful
Report abuse

Nick B
5.0 out of 5 stars Happy Raging.
Reviewed in the United Kingdom on December 6, 2017
Verified Purchase
Another fantastic album from Tom Morello and the rest of Rage minus Zack. Right up there with Audioslave. Who will they work with next? it will be great whomever they choose. This is something special though. brings back memories of the 'Judgment night' Soundtrack.
Read more
2 people found this helpful
Report abuse

Michael J. Bull
1.0 out of 5 stars Dull, boring, death of 90's legends
Reviewed in the United Kingdom on March 22, 2018
Verified Purchase
Thought this would be awesome, some of my favourite artists rocking the mic. Instead I found it to be tired, limp and repetitive. The quality of every song is pretty dire. Its like they are going through the motions to rinse the nostalgia cash cow. Avoid.
Read more
One person found this helpful
Report abuse

mark curtis
4.0 out of 5 stars Rock rap is back at last!
Reviewed in the United Kingdom on September 16, 2017
Verified Purchase
Well, I was expecting this to be another lame colaboration, but is it f%*k! it`s like the old days, some sweey riffs, and great mc`ing, pi$$es all over the rubbish that passes for music today, banging!
Read more
One person found this helpful
Report abuse
See all reviews