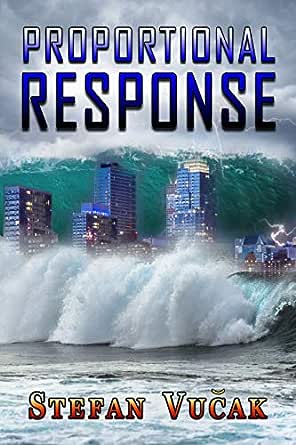 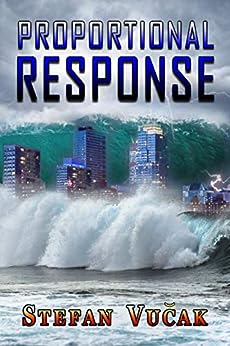 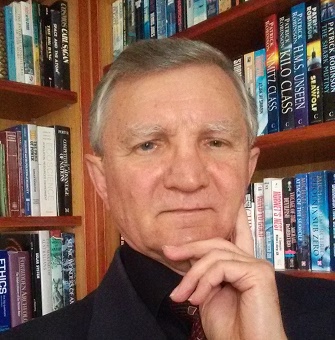 What makes'Proportional Response' a powerful novel is that it is realistic andconvincing. Award-winning author Stefan Vucak, not only knows his subject well,but he also has an effective writing style. As global disaster seemsinevitable, it is interesting to note the disparity between American andChinese cultures, which ultimately directs the actions of the main protagonistsin the story. This is a tale of international politics that sadly, seems alltoo familiar in our world today, except that in this case the reader gets toknow what is really going on behind the news headlines. Fast paced and pepperedwith interesting technical details, 'Proportional Response' is a book difficultto put down, especially because the events might well be happening in our midstright now!

The Chinese populist Tuanpai faction is dissatisfied with the rapid pace of change by the elitist princeling coalition to transform the country into a full market economy. The Tuanpai embark on an audacious plan to trigger a global disaster that will bring down the princelings and humble America. In the aftermath, America identifies China as the culprit, but doesn't know if this was a rogue operation or a government sponsored plot. The Chinese president knows the perpetrators, but has no proof. Fearful of American retaliation, he invites U.S. investigators to help him find the proof while outraged countries apply economic sanctions. Under a cloud of mutual suspicion, the investigation stumbles and America readies itself for a military confrontation. This is a mind-bending expose of international politics and distrust between two vastly different cultures.

Stefan Vucak is an award-winning author ofeight techno sci-fi novels, including With Shadow and Thunder, a 2002EPPIE finalist. His political thriller Cry of Eagles won thecoveted 2011 Readers' Favorite silver medal award, and his All theEvils was the 2013 prestigious Eric Hoffer contest finalist and Readers'Favorite silver medal winner. Strike for Honor won the gold medal.Stefan leveraged a successful career in the Information Technology industry andapplied that discipline to create realistic storylines for his books. When notwriting, he is an editor and book reviewer. He lives in Melbourne, Australia.

John H. Manhold
5.0 out of 5 stars A provoking scenario captivatingly presented
Reviewed in the United States on January 30, 2015
Verified Purchase
Proportional Response, ISBN: 9780987533678, an e-book by Stefan Vucak.
Relaxing after a trying dinner meeting of Chinese/American dignitaries that brings an amount of accord, the powerful Chinese Standing Committee Chairman Keung Yang views by chance a TV program on tsunamis describing the disaster on associated countries that would follow collapse of a wall of Hawaii's Kilauea Volcano. Associated discussion included the questionable stability of the western slope of Cumbre Vieja Volcano on La Palma of the Canary Islands off Morocco. He envisions what delivery of a series of tsunamis could do to the east coast of America if such a situation could be created. Although seemingly impossible, he consults with a brilliant oceanographer at the university and obtains data that marginally might deliver energy sufficient to cause such a catastrophic occurrence. He discusses the possibility with his friend Chen Teng, the Vice Chairman of the Central Military Commission. Skeptically, he agrees to provide the necessary equipment. Results are not as effective as planned resulting in a "proportional response" involving members of both countries including: Chinese President Zhou Yedong, American President Sam Walters, Larry Tanner, Secretary of State, Dzhang Qishan, Premier of the State Council, Shaun Degard, Hawaiian Oceanographer, Tom Meecham, FBI Anti-Terror Section Director, Mark Price, CIA assisting Tom, Shen Li, Keyung's Security Chief and a host of somewhat lesser, but totally necessary, characters. Activity of these individuals until achievement of final resolution is engrossing with a prominent sub-plot: an internal struggle between the Elitist faction that embraces the burgeoning industrial activity that is bringing China into world power and is espoused by Zhou and Dzhang versus the populist faction championed by the idealistic Keyung who abhors the industrial pollution that is affecting the population, and the land itself. Constant and detrimental in-fighting among both American and Chinese politicians/diplomats with prominent duplicity, deception and attempted/effective betrayal is prominent and well done.
In Summary: An author quite knowledgeable of Oriental as well as western philosophy and thought patterns has set forth a provocative scenario that makes a most enjoyable and captivating read.

Grady HarpTop Contributor: Children's Books
HALL OF FAMETOP 50 REVIEWER
5.0 out of 5 stars `To see what is right and not do it is want of courage.' - Confucius
Reviewed in the United States on January 22, 2015
Australian author Stefan Vucak has been honored for techno sci-fi novels of which there are eight in publication. His career in Information Technology has served him well, not only for the way he is able to dissect and recreate novels on controversial subjects and make them seem like real reportage, but he shares his abilities in his book WRITING TIPS FOR AUTHORS. For those who become captivated by his skill in telling stories that rivet the reader, try reading his TIPS book and gain some insight as to his constant successes. Techno Sci-Fi may seem his forte, but he has equal success in his political thrillers: CRY OF EAGLES won the coveted 2011 Readers Favorite silver medal award, ALL THE EVILS was the 2013 prestigious Eric Hoffer contest finalist and Readers' Favorite silver medal winner, and STRIKE FOR HONOR won the Readers' Favorite gold medal. PROPORTIONAL RESPONSE is a political drama/thriller and will likely be another award winner.

In an interview about his current novel, Stefan stated,' I have just finished a political drama/thriller novel `Proportional Response'. The Chinese populist faction, the Tuanpai, plan to trigger a global disaster that will devastate America. In the aftermath, the FBI identifies China as the culprit, but don't know if this was a rogue operation or a government plot. Fearful of American retaliation, China invites U.S. investigators to find that proof. Under a cloud of mutual suspicion, America readies itself for a military confrontation.' And this very brief synopsis distills the energy that Stefan creates in the `this really could happen today' story. His graceful writing skills allow whim to make facts flow comfortably in conversation - a quality that assures the reader that the pages will not be confined to the obvious excellent research he has done in preparation for the novel, but that we will be living the unfolding of his thriller with the insight of the various three dimensional characters.

And early on example of this skill is evident in the behind the scenes conversation of the Chinese/American pact between the westernized Zhou Yedong and the American President Samuel Walters: those in disagreement with the détente they have just heard state: `America is floundering and the venerated dollar isn't the world's powerhouse anymore. With our bond holdings we were in a position to dictate terms to the financial markets. Instead, Zhou has caved in to imperialist demands who now dare instruct us how we should run our country after the mess they made of their own, which incidentally plunged us into the Global Financial Crisis. Such gall. It's intolerable, I tell you." Chen ruefully shook his head. "Ah, the pitfalls of free enterprise. Until we can project power with a navy capable of facing the Americans, all we have are our diplomatic and economic weapons."

Stefan's polished prose intensifies his very conceivable story and convincing the reader that the novel in their hands is possibly predictive assures that he has another success to add to his growing stature. Grady Harp, January 15

Joannes Rhino
4.0 out of 5 stars A smart reading!
Reviewed in the United States on December 8, 2014
‘Proportional Response’ is a smart reading, which is the type of reading that I need and like. Clearly that the author knows the subject really well. The craftsmanship is sharp and focused on the detail, but not confusing. The plot is outstanding. I don't read/watch news a lot, but I think the author intended to make the readers understand what really is happening with the US/China relationship today. And I think that is the strong point of this book. I personally have learned a lot about the Chinese culture by reading this book, and by the time I finished reading, I also gained some knowledge from it. Note for the readers before starting to read this book is to make sure you don't have any pending works, because once you start reading you'll lose track of time. At least that's what happened to me, but, definitely worth reading!
Read more
Helpful
Comment Report abuse
See all reviews