The Kindle title is not currently available for purchase
You've subscribed to Liberated Ladies! We will preorder your items within 24 hours of when they become available. When new books are released, we'll charge your default payment method for the lowest price available during the pre-order period.
Update your device or payment method, cancel individual pre-orders or your subscription at
Your Memberships & Subscriptions
There was an error. We were unable to process your subscription due to an error. Please refresh and try again.
Share <Embed> 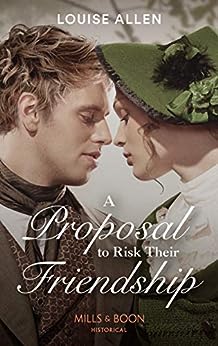 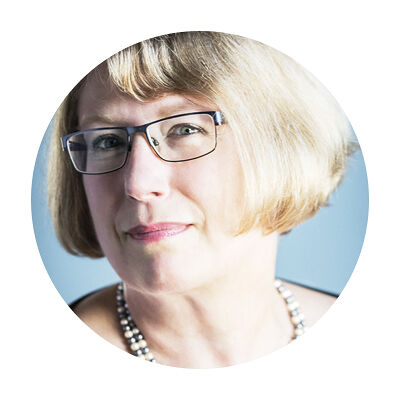 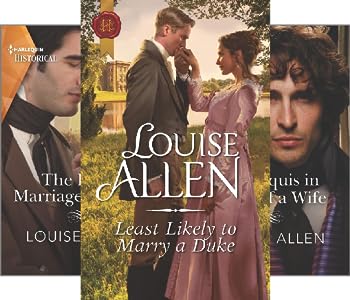 Louise Allen has been immersing herself in history for as long as she can remember, finding landscapes and places evoke powerful images of the past. Venice, Burgundy & the Greek islands are favourites. Louise lives on the Norfolk coast & spends her spare time gardening, researching family history or travelling. Please visit Louise's website, www.louiseallenregency.com, her blog https://janeaustenslondon or find her on Twitter @LouiseRegency and on Facebook. --This text refers to an alternate kindle_edition edition.

4.4 out of 5 stars
4.4 out of 5
75 global ratings
How are ratings calculated?
To calculate the overall star rating and percentage breakdown by star, we don’t use a simple average. Instead, our system considers things like how recent a review is and if the reviewer bought the item on Amazon. It also analyzes reviews to verify trustworthiness.
Top reviews

Totavi
5.0 out of 5 stars character and dialog driven story
Reviewed in the United States on June 2, 2021
Verified Purchase
Time was you couldn't pay me to read a Harlequin romance. However, this was quite a happy surprise. I am no prude, but if all a book has is steamy sex, I will give it a pass. This one had good characters (particularly nice that the hero actually had a nice, relatable personality and not just brooding good looks. Loved the dialog between them. Am off to order another of this author's work now....
Read more
One person found this helpful
Helpful
Report abuse

Kris
4.0 out of 5 stars Just Right
Reviewed in the United States on May 28, 2021
Verified Purchase
I enjoyed the first four books in this series, and found this story just as engaging. Melissa and Henry had adventures as friends, and further adventures... but no spoilers.
Read more
One person found this helpful
Helpful
Report abuse

Susan Frank
4.0 out of 5 stars Friends to lovers
Reviewed in the United States on June 16, 2021
Good friends to lovers story. Melissa and Henry met in an unusual manner when they joined forces to save a young woman from abduction by a rake named Harlby. When Henry introduces himself later, he makes arrangements to call on her the next day.

Melissa is spirited, intelligent, and independent. She recently persuaded her father to allow her to live in London with only her aunt as a chaperone. Melissa uses her time to write society articles for a newspaper and lurid novels for Minerva Press. Having witnessed her parents' marriage, she decided "marital bliss" is not for her. Henry is the fourth son of a duke and makes his way in the world as part of the diplomatic corps. Recently returned from Vienna and the post-war diplomatic efforts there, he is watching a suspicious character while waiting for his new posting. Henry's observations of his parents' relationship leave him in no hurry to look for a wife.

I enjoyed the meeting between Melissa and Henry the next day. They connect quickly and find it unusually easy to talk to each other. Melissa intrigues and amuses Henry with her opinions, and they arrange to walk in the park the next day. With similar outlooks on marriage, their "friends at first sight" relationship is unusual, to say the least. Both are surprised by how easily they share their lives and backgrounds. It isn't long before Henry recruits Melissa to help him keep an eye on his quarry. At the same time, Melissa and her friends discover that Harlby is up to his old tricks. They plan to split up and attend as many functions as possible to find out his latest target. Melissa and Henry team up and use their time to fulfill both missions.

I liked seeing the relationship between Henry and Melissa develop. Both are quick-witted and intelligent, their conversations full of teasing and honest discussions. When circumstances put them on the path to thwart Harlby's latest plan, they don't hesitate, even though they risk their reputations. I loved seeing their teamwork as they threw themselves into their pursuit. Neither expected the sparks of attraction that appeared between them during their travels. Both worry about the effect on their friendship if the other finds out about their feelings, sure that the other is only interested in friendship. Rumors of their travels bring on the inevitable consequences, including some interesting confrontations. Those secrets, which go against their earlier honesty with each other, cause some drama near the end. Fortunately, the friendship that underlies everything made it possible to discern the truth. I liked the ending and seeing their friendship enhanced by the love they felt for each other. I would have enjoyed an epilogue showing their life at Henry's next posting.

The two substories, Henry's pursuit of the spy and the issue with Harlby added some additional depth to the story. I liked Melissa's enthusiastic support and assistance in their observations of the spy. Her actions at the church helped Henry immensely. Their determination to stop Harlby, while adding to the story's excitement, also gave Melissa a chance to educate Henry on a Regency woman's circumstances and life.
Read more
One person found this helpful
Helpful
Report abuse
See all reviews

Serendipity
3.0 out of 5 stars Lacked a bit of spark
Reviewed in the United Kingdom on June 7, 2021
Verified Purchase
I am a big fan of Louise Allen, have read all her books. I found this one quite lacklustre and is one of my least favourite.
It was well written, but the whole story line lacked a certain romantic connection between the main characters as they were so determined to see each other as just friends. Found it a bit of a tedious read.
Read more
One person found this helpful
Report abuse

A. Martin
4.0 out of 5 stars 🇬🇧Making a Friend
Reviewed in the United Kingdom on May 30, 2021
Verified Purchase
Melissa's path to friendship and love. Learning that friendship is possible with a suitable man, Melissa has to accept that she can have the chance her female friends have, herself. If she is willing to trust and love. Henry Cary is a diplomat, an observer and ultimately a spy - but he also willing to set aside his prejudices and consider the insights, help and support that a woman (and a lady!) can bring to a relationship. I
Read more
Report abuse

J. Jones
5.0 out of 5 stars Friends to lovers
Reviewed in the United Kingdom on June 1, 2021
Verified Purchase
Another excellent Recency from Louise Allen. Intelligent, likeable main characters, believable plot and humour. What more could you want?

Actually, I'd like more Liberated Ladies, but as this is the final one, I'll have to wait for the next series.
Read more
Report abuse

finelady
5.0 out of 5 stars Lovely book
Reviewed in the United Kingdom on June 10, 2021
Verified Purchase
I bought this to go with my collection. It is a lovely book, and I didn`t want it to end. Thank you.
Read more
Report abuse
See all reviews
Back to top
Get to Know Us
Make Money with Us
Amazon Payment Products
Let Us Help You
EnglishChoose a language for shopping. United StatesChoose a country/region for shopping.
© 1996-2021, Amazon.com, Inc. or its affiliates