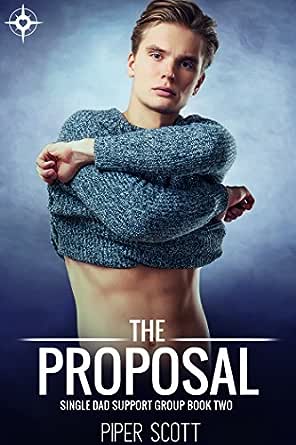 You've subscribed to Single Dad Support Group! We will preorder your items within 24 hours of when they become available. When new books are released, we'll charge your default payment method for the lowest price available during the pre-order period.
Update your device or payment method, cancel individual pre-orders or your subscription at
Your Memberships & Subscriptions
There was an error. We were unable to process your subscription due to an error. Please refresh and try again. 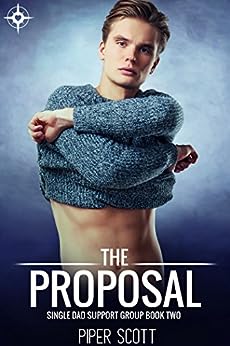 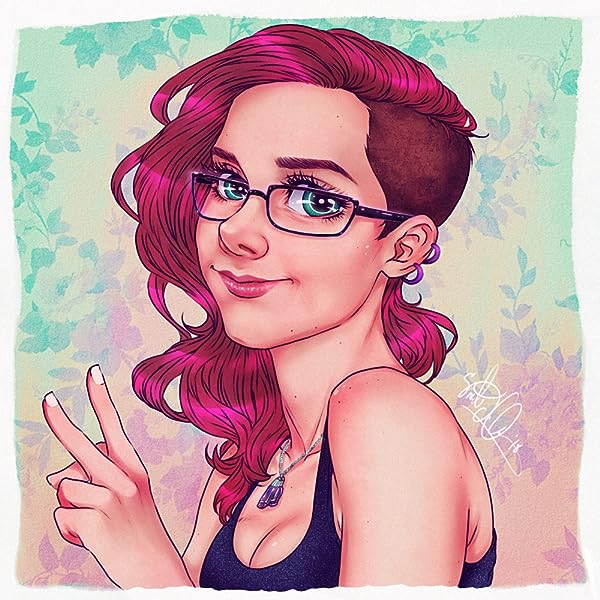 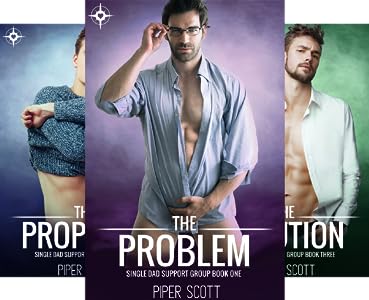 4.1 out of 5 stars
4.1 out of 5
112 customer ratings
How does Amazon calculate star ratings?
Amazon calculates a product’s star ratings based on a machine learned model instead of a raw data average. The model takes into account factors including the age of a rating, whether the ratings are from verified purchasers, and factors that establish reviewer trustworthiness.
Top Reviews

L.D.
5.0 out of 5 stars The Long Awaited Proposal
Reviewed in the United States on June 7, 2020
Verified Purchase
First, this book, even though it is the second in a series, can be read as a standalone. However, it is part of an overall omegaverse arc that takes place in in Aurora, Colorado. There are overlapping characters and references to previous events in past books. The Single Dad Support Group series is a spinoff of the His Command series which was, in turn, a spinoff of the Rutledge Brothers series. The Rutledge Brothers series chronicles the trials and tribulations of escaped and rescued omegas from an illegal brothel. His Command series expands the universe and introduces characters who both helped the rescued omegas or were previously victimized themselves. The Single Dad Support Group focuses on the children from the His Command series. Once again, you don’t need to read these books in order to enjoy “The Proposal,” but if you enjoy “The Proposal” I highly suggest you check them out.

Gage is an omega with a secret. A life changing, plan altering secret. The kind of secret that seems impossible to keep, but keep it he does. Even though keeping this secret nearly destroys Gage and forces him to live in poverty and despair. But some sacrifices are worth it. Aaron, Gage’s one, true love, is worth keeping this secret. Because five years ago, Aaron got Gage pregnant right before he left to go study abroad, and Gage has never told him. But now Aaron’s completed his PhD and he’s back home, and standing right on Gage’s doorstep, about to meet the son he never knew he had.

I’ll be honest, my heart was beating so hard throughout this book. There were times I had tears in my eyes, and times when I was laughing out loud. Make no mistake, there’s angst in this book, (Gage definitely shares a lot of problematic traits with his omega father, Gabriel, one of the main characters from “Heal”, book four in the His Command series), but there’s also so much love and determination. The love Aaron and Gage have for each other is on the epic scale – the lengths they will go to protect and support each other, even when misguided, is extreme and breathtaking. I also loved the family and child elements in the story.

The writing quality was great with beautiful character growth and fantastic plot pacing – everything felt like it moved so naturally. At no points did I find the plot dragging or scenes moving too fast. There was also so much emotion in this story, and it was all written with so much care that it felt natural. Plus, the sex scenes were so unique and steamy. I was fanning myself at a few scenes they were that hot.

Michael Ferraiuolo narrated the audiobook, which means it was beyond fantastic. Michael has quickly made his way to the top of my audiobook narrator lists. His character voices are perfect and consistent, with a smooth and pleasant tone, yet unique so I could differentiate between each character. There was a lot of different emotional ranges in this book, and Michael performed them all perfectly. In fact, his performances brought me to near tears at point. I cannot recommend this audiobook highly enough.

mallgirl1954
5.0 out of 5 stars Loved it!
Reviewed in the United States on May 24, 2018
Verified Purchase
Loved it!...great new addition the Single Dads Support Group series. Sweet Gage is having a terrible time trying to take care of his secret baby (from his family and baby daddy Aaron)...but is on the verge of being completely overwhelmed when his little boy develops health problems. Aaron has been away many years getting his Phd overseas. Comes home and does not really understand what Gage has gone through. Lovely story of love enduring, some wrong choices and fixing them....looking forward to the next in the series!
Read more
2 people found this helpful
Helpful
Comment Report abuse

Emma Brown
5.0 out of 5 stars Truly emotional
Reviewed in the United States on December 30, 2019
Verified Purchase
My heart broke for Gage in this book. He's been so strong for so long. His love for his son Bo is palpable. As for Aaron, he hasn't had it easy being away for so long. Watching this story unfold truly broke my heart. The emotions were truly palpable.
Read more
One person found this helpful
Helpful
Comment Report abuse

SuperReader10
5.0 out of 5 stars Gage is so strong and such a sweetheart
Reviewed in the United States on May 30, 2018
Verified Purchase
This was quite the emotional rollercoaster. I adore Gage. He's so sweet although he was a bit misguided. I hate that his mistakes had such a huge impact on Bo. Knot is a really interesting character and I hope we get more of him, because I'm really curious. I love that the characters in this series are related to the ones from the His Command series. This book is great and I look forward to more of this series.
Read more
One person found this helpful
Helpful
Comment Report abuse

Geoff Whitwell
5.0 out of 5 stars What a tear jerker
Reviewed in the United States on June 1, 2018
Verified Purchase
I loved this book from beginning to end. The story just grabs your heart and you just take the roller coaster ride. I could hardly see through the tears during the reuniting scene with Aaron’s and Gages parents. So worth the read.
Read more
Helpful
Comment Report abuse

Kindle Customer
4.0 out of 5 stars Secrets are never good to keep from family.
Reviewed in the United States on July 7, 2018
Verified Purchase
A stand alone (?) a book 2 of a single Dads storyline. A few new characters mixed in with those we've already come to know. More angst than the 1st book testing the bonds of friendship and love. Worth the time to read.
Read more
Helpful
Comment Report abuse

MLKito
4.0 out of 5 stars Gabe gets his HEA
Reviewed in the United States on May 23, 2018
Verified Purchase
I loved Gabe when he was introduced in book 1. He sacrificed so much!
Aaron was surprised at how much. Their love story was a rollercoaster ride to the end but it was a ride worth taking. Plus pearls! Now I want book 3!!
Read more
Helpful
Comment Report abuse

Kathy Randall
5.0 out of 5 stars My Review
Reviewed in the United States on May 26, 2018
Verified Purchase
I actually liked this one better than the first one . I cried some but loved Gage from the first book & was happy he got his HEA ! Wonder who's next 🤔
Read more
Helpful
Comment Report abuse
See all reviews from the United States