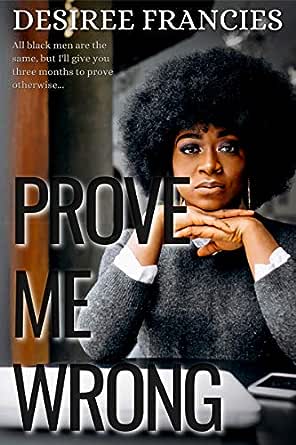 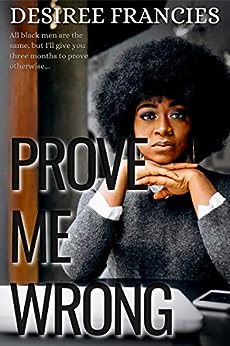 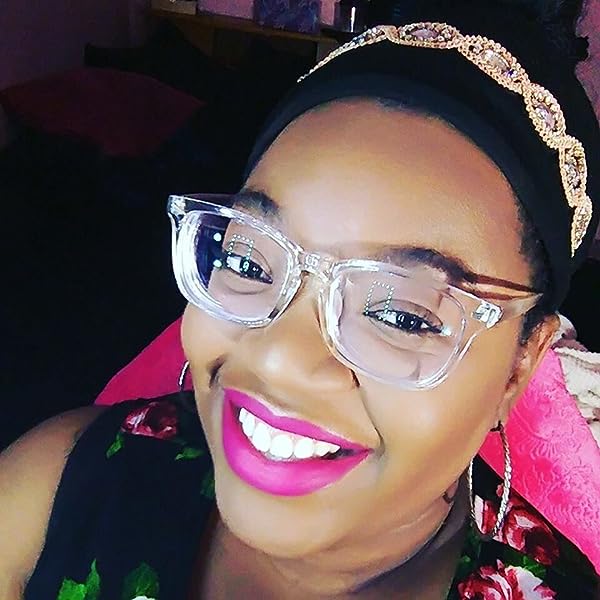 Kindle Customer
5.0 out of 5 stars Battle of the sexes!
Reviewed in the United States on October 21, 2019
Verified Purchase
This was soooo good! Max and Eva were the ultimate sparring partners! Their back and forth, was so enjoyable. Their chemistry was explosive, although they couldn't stand each other. Loved the crew that backed their crazy. Hysterical! This bet was eye opening about ideals that the opposite sex has about the other. While these two were so busy trying to be right, love was creeping right in. Glad they finally surrendered. Didn't want it to end, I enjoyed it so much. 👍👍👍. Great job!
Read more
One person found this helpful
Helpful
Comment Report abuse

Kindle Customer
3.0 out of 5 stars Max and Eva make for a good time.
Reviewed in the United States on November 10, 2019
When she said to her friend and neighbor, who happens to be a straight male.... None of them are different...not even you, and I love you. Black men are all the same. I knew I was in for an epic ride. The chemistry between Max and Eva was palpable. The theme of how our past experiences can directly affect our current thoughts, actions, and beliefs, is so true. This was a humorous, fun read, that ended with a HEA!
Read more
One person found this helpful
Helpful
Comment Report abuse

kshamruck1
5.0 out of 5 stars Lawd😱. These two right here‼️
Reviewed in the United States on October 19, 2019
Max and Eva were a trip, and the crazy crew around them made the story so much sweeter! I love a good enemies to lovers story and this one had me cracking up. For the laughs and the love, this is a great book!!!
Read more
2 people found this helpful
Helpful
Comment Report abuse

Baker
5.0 out of 5 stars Funny,
Reviewed in the United States on October 27, 2019
I loved this book, it resonated with me. I could so, identify with these characters. As a black woman, I have met men like Max. And I am definitely a woman like, Eva right now in my life. There were so many funny moments. I absolutely, loved every minute of this book.
Read more
One person found this helpful
Helpful
Comment Report abuse

Ericka Mosley
5.0 out of 5 stars proved me wrong
Reviewed in the United States on November 16, 2019
Ok so this book was great, and I usually don't enjoy romance without a good love scene in it. The banter between the friends was absolutely amazing, and I was laughing throughout the entire book. Good stuff Desiree on proving me wrong because I definitely enjoyed this book.
Read more
One person found this helpful
Helpful
Comment Report abuse

Micaiah
5.0 out of 5 stars loved it
Reviewed in the United States on October 27, 2019
I loved Max and Eva, there truly is a thin line between love and hate. I loved the whole fun loving crew too. When we get past preconceived notions and embrace the truths in our lives we are bound to change and grow. Both Max and Eva had to learn this the round about way.
Read more
One person found this helpful
Helpful
Comment Report abuse

Holli
5.0 out of 5 stars Loved it!!,,,
Reviewed in the United States on October 28, 2019
Absolutely LOVE this book. Extremely hilarious journey through the characters life and their points of view. If you get to a point where you wish you could pop in the characters in the head one minute and then crack up laughing the next... It’s a good book. Thank you once again Desi for sharing your talents with the world! Time to get started on a new story. Your fans anxiously awaits
Read more
One person found this helpful
Helpful
Comment Report abuse

Kindle Customer
2.0 out of 5 stars Prove Me Wrong
Reviewed in the United States on November 8, 2019
No steamy love scenes. Plot seems a little immature with bet stuff. But an OK. read . Scale 1 to 10 thus is a 3.
Read more
Helpful
Comment Report abuse
See all reviews