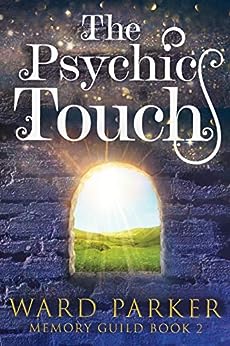 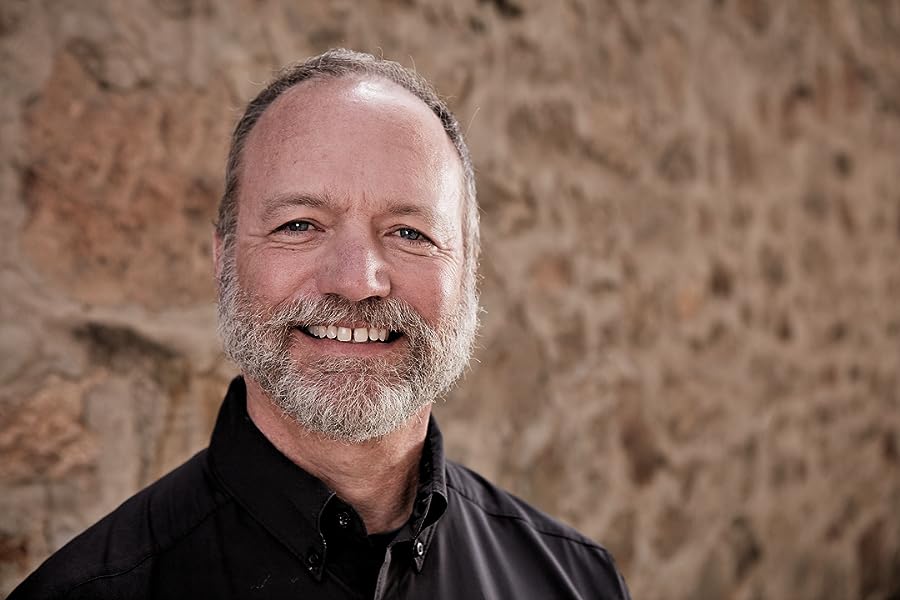 by Ward Parker (Author) Format: Kindle Edition
Book 2 of 9: Memory Guild
See all formats and editions
Sorry, there was a problem loading this page. Try again.

My name is Darla, and I’m a psychometrist.

When I touch objects, I pick up the memories and emotions of other people who have touched them.

I was well into my midlife when I was recruited to serve on the Memory Guild, a secret society of supernaturals and paranormals. Based in one of the nation’s oldest cities, the Guild preserves historical memory while fighting lies and conspiracy theories.

And now a psychopath is trying to assassinate the members of the Guild. Including yours truly.

With the reluctant help of a handsome detective, I try to find out who’s behind the attacks. In between that and trying to stay alive, I also have a day job: running a historic bed-and-breakfast. So I’m kind of busy right now.

I don’t need the unplanned trips though a magic portal and the revealed secrets about my second husband who left me. All while dealing with my wacky witch mother and my trouble-prone daughter.

I’m your typical overworked woman. Except I also have a price on my head.

Enter a world of mystery, magic, murder, and mischief, with ties to the Freaky Florida humorous paranormal series.

"I have a magic touch that's both a blessing and a curse."

What is the Memory Guild?

Of the supernatural guilds in the nation's oldest city, the Memory Guild's mission is to preserve, protect, and correct humankind's collective memory of history and the human experience. Its members have paranormal and supernatural abilities to help them carry out this mission.

My name is Darla and I'm a psychometrist. That means I can read other people's memories by touching objects they have touched. That's a dangerous ability to have when you live in 500-year-old city, run a 300-year-old bed-and-breakfast, and have a mother (a witch) who owns an antique shop. But it's why I was recruited to the Memory Guild, and it helps me investigate mysteries from the present and the past. Now, if I can only find out why my second husband disappeared. At 52, life has gotten wild.

What Amazon readers are saying:

"I absolutely adore the eccentric characters in this book. The story had plenty of turns that kept me guessing and humor that kept me chuckling."

"Quirky characters, and a heroine with a past that might be just a little more mysterious than she realized! An enjoyable read for paranormal mystery fans."

"The ending surprised me, which doesn't happen much lol!"

"The second book was as enjoyable as the first book. So glad there's a third one to read. I like the characters."

"Didn't want this book to end I didn't want to put it down. Can't wait to see what's next with Darla!"

"Fun, full of mystery, magic, paranormal, and witches. There are interesting series of adventures and a touch of romance."

"The plot is well-written (as I have found all of this author's stories are) and holds the reader's attention . . . You will find this to be an enjoyable cozy mystery with the right balance of suspense and curiosity."

"What a GREAT story from the first page to the last! Great for people of any age to enjoy this thrilling who dun it!"

"Lots of twists and turns throughout."

"Such a nail biter of a page turner. A great read."

"EXCELLENT BOOK! I did not want to put it down."

"This is a really great series. I enjoy the cliffhangers and the many twists and turns. I was hooked at the beginning of the story and I did not put it down until I finished it."

Ward is a Florida native and author of the the Memory Guild midlife paranormal mysteries and the Freaky Florida humorous paranormal series, both of which are chock full of psychics, witches, vampires, werewolves, dragons, and other bizarre, mythical creatures, such as #FloridaMan. He also pens the Zeke Adams series of noir mysteries. He lives in Florida (of course) with his wife, cats, and a demon who prefers to remain anonymous.

Get a free novella, read funny articles, and learn of book giveaways when you join his newsletter. Sign up at wardparker.com

Debs Stuff
5.0 out of 5 stars Nice goofy other world story
Reviewed in the United States 🇺🇸 on November 16, 2022
Verified Purchase
Take the ride in this story, just for giggles. So much better than binge watching something! On to the next!
Read more
Helpful
Report abuse

Anon
5.0 out of 5 stars A great read.
Reviewed in the United States 🇺🇸 on October 20, 2022
Verified Purchase
A good follow on from the first book. The story moves on at a good pace and was very enjoyable. I look forward to the rest of the series.
Read more
Helpful
Report abuse

kmp
4.0 out of 5 stars Fun story
Reviewed in the United States 🇺🇸 on July 21, 2022
Verified Purchase
What a fun 2nd edition to this cozy mystery series! We get to learn more about the supernatural creatures of this world, see some bumbling criminals, enjoy a twisty murder mystery, and learn another clue about Darla's past & her new powers. Looking forward to the Book 3.
Read more
One person found this helpful
Helpful
Report abuse

Kindle Customer
5.0 out of 5 stars Surprise!
Reviewed in the United States 🇺🇸 on August 30, 2022
Verified Purchase
I never would have guessed who the person was that was trying to kill all of the Guild members! Can you figure it out?
Enjoy the mystery!
Read more
Helpful
Report abuse

Amarillolesa
4.0 out of 5 stars Memory Guild Books 1 & 2 are Great there’s Mystery and
Reviewed in the United States 🇺🇸 on February 3, 2022
Verified Purchase
Great paranormal activity. Darla is the owner of an Inn in a fictitious town in Florida. There is a Gargoyle that is attached to one end of the mantle, well attached until he feels the need to be elsewhere. In book 1 Darla discovered a vampire who had been sealed in the crawl space by a previous owner, the Inn is 300 years old. A really good series that is very addictive with the mysteries and paranormal. I have to get book 3 now.
Read more
One person found this helpful
Helpful
Report abuse

PJTriplett
3.0 out of 5 stars Skimmed almost the entire last half of this one.
Reviewed in the United States 🇺🇸 on July 7, 2022
Verified Purchase
I finished the first of this series of 8 and didn't hate it, so I decided to try book two. About halfway through it, I started getting bored. Same ol' same ol'. I would much prefer if men would NOT try writing from a woman's point of view; this author clearly has zero ideas of how a woman thinks, and the lack of character depth proves that. Bored. I was so bored. Skimmed almost the entire last half, hoping it would get better. It didn't.
Read more
2 people found this helpful
Helpful
Report abuse

Deedeefire8
4.0 out of 5 stars Good Reading
Reviewed in the United States 🇺🇸 on February 16, 2022
Verified Purchase
I loved this book. it kept me reading and glued to my seat.
I hope you will enjoy it as much as I have. It's got me searching
got tour next book in the series.
Read more
One person found this helpful
Helpful
Report abuse
See all reviews

Mark Lucas-Taylor
5.0 out of 5 stars Memory Guild bk2
Reviewed in the United Kingdom 🇬🇧 on September 12, 2022
Verified Purchase
In this the second outing for Darla and her friends, things continue to develop. Someone is targeting the members of the Memory Guild and it appears that Black Magic is involved. As Darla endeavours to make a success of her 300 year old b&b Inn she is constantly being sidetracked by events happening around her , both to herself and to her friends.
Read more
Report abuse

HE Fowler
5.0 out of 5 stars Cozy paranormal mystery
Reviewed in Canada 🇨🇦 on August 11, 2022
Verified Purchase
Not a cliffhanger but does have some subplot threads running through. Looking forward to book 3. Cozy mystery paranormal with a mature character.
Read more
Report abuse

S Dreger
5.0 out of 5 stars Contemporary becomes Mythical
Reviewed in Canada 🇨🇦 on September 10, 2021
Verified Purchase
I LOVED this book. The characters have such depth and some of the crazy that is happening in the world today is explained by The Father of Lies. Who knew? ❤
Read more
Report abuse
See all reviews
Report an issue
Does this item contain inappropriate content?
Report
Do you believe that this item violates a copyright?
Report
Does this item contain quality or formatting issues?
Report