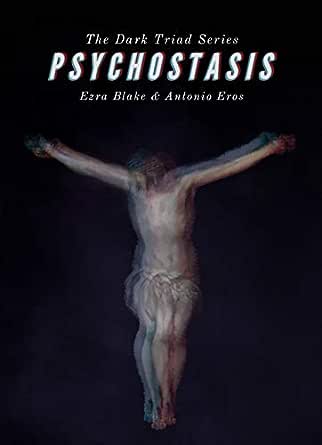 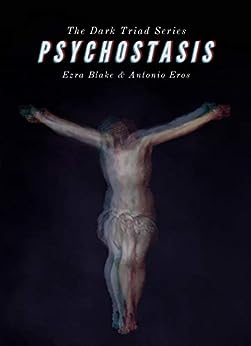 SEAC
5.0 out of 5 stars Such a great read
Reviewed in the United States on March 31, 2020
I am attempting to review this book directly after finishing it.
I feel like my brain has been put in a blender and I'm currently trying to form thoughts (which seems impossible).
Once again, Ezra Blake has made me feel dirty. My soul is covered in dirt and grime after reading this. Can reading a book cause one to suffer from PTSD? If yes, then it's this book.
Let's try to recap without any spoliers.
Not only does the story continue between Ivan and Christopher, we meet new people.
I made the mistake of getting ahead of myself, wondering how their paths would connect. It is so well written that I felt like I was inside the dark recesses of each character's mind. The build up was drawn out, but necessarily so. I'm sitting here scratching my head trying to figure out if I was a character because it all seemed so detailed and real.
Going forward.... The main characters are a med school student, a guy who posts an ad online for someone to kill him, and the guy who accepts the post.
The med student is looking for a cheap surgeon to perform a mastectomy.
The guy who wants someone to kill him is a sinner in the eyes of the catholic church. So that would make suicide a huge sin. Plus, it's like he has been brainwashed that his sexual desires are also a sin.
Then you have the person who accepted the responsibility of killing that sinner.
The author plunges us into their minds, making me feel their pain. Each drug induced hallucination became my own. Their sorrow became my sorrow.
Before the huge climax, we get glimpses into Christopher's life with Ivan. Once again, I was transformed into Christophe, like I was the one who suffered from Stockholm Syndrome.
The ending was the best part of the book. The other characters feel like sideshows with Ivan Skinner being the main event.
I cannot recommend this book enough. Buy it. Read it. You will not be disappointed.
This review does not give this book the praise that it deserves
Read more
Helpful
Report abuse
See all reviews

Sue bowdley
3.0 out of 5 stars Big disappointment x
Reviewed in the United Kingdom on July 24, 2020
Verified Purchase
Well I have to say this is the follow up to Claustrophilia which I gave 5 stars to but this one is barely worth 3....I was truly disappointed in this one....It was really hard to follow for most of the book only getting easier around 73% when the 3 new MC's (Ash, Elliot and Jake) met Ivan and Christopher....Up till then I struggled...Nothing was explained of how Ash was...What happened to him and how he could heal was confusing because it wasn't explained why he was like that....The ending aswell...What Christopher did to Ivan was strange....How Ivan could recover from that was unbelievable even for a book...If there's going to be a third i'm not sure I want to read it unless it ties up all the loose ends which I'm not sure now it can...A disappointment all round..I only gave 3 stars because the lase 20 odd percent was in keeping with the first book x
Read more
Report abuse
See all reviews