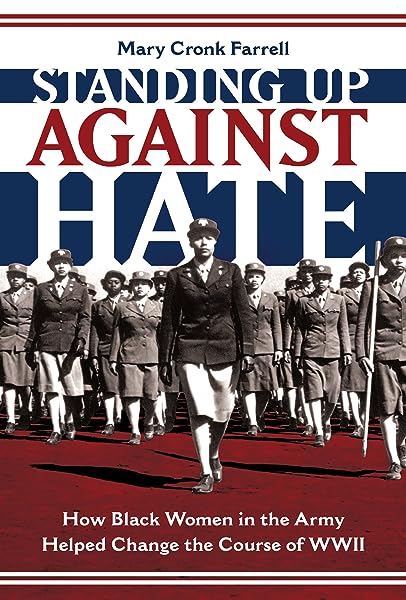 Gr 7 Up—This well-researched volume tells the story of the army and navy nurses who were stationed in the Philippines during World War II. The day after the attack on Pearl Harbor, the Japanese began bombing the Philippines. The 79 nurses serving there came from different backgrounds: some longed for an escape from farm life, while others sought adventure. All wanted to find meaningful work caring for others. During the bombardment, their subsequent retreat and, finally, their imprisonment by the Japanese, the nurses never stopped taking care of those around them. After months of near starvation, they were finally liberated by American forces in 1945. Yet even when the nurses arrived home, their troubles were not over. Many had difficulty readjusting to life at home; their experiences just didn't fit the paradigm of women's lives in the mid-20th century. As part of her research, Farrell interviewed the last surviving nurse, plus the children of many of the others, and the text is full of primary source documentation. This adds rich detail to make the circumstances all the more real, whether they are the injuries the nurses treated or the horrific conditions in the prison camps. In addition to photographs and helpful maps, the page layouts include facsimiles of the nurses' letters and diaries. Young readers who enjoyed Tanya Lee Stone's Almost Astronauts: 13 Women Who Dared to Dream will also appreciate this story of courageous women whose story was nearly forgotten.—Jackie Partch, Multnomah County Library, Portland, OR

*Starred Review* Farrell chronicles the harrowing story of U.S. Army and Navy nurses based in the Philippines during WWII. After working under enemy fire, they became prisoners of war in two Japanese prison camps, where they continued to nurse soldiers and other captives. As time went on, severe malnutrition and lack of medicine left all the prisoners vulnerable to serious diseases. Still, the women bonded, supporting each other during the years before their release in 1945. The nurses’ return to civilian life was hampered by an unsupportive military and what we now recognize as post-traumatic stress disorder. The first official recognition of their service came in 1983, after many had died. Farrell offers a thoroughly researched account encompassing the experiences of 67 American nurses held as POWs in the Philippines. Well-chosen quotes from interviews, personal accounts, and articles bring their voices into the story, while the many period photos offer intriguing glimpses of the war, the camps, and the women’s later lives. At times the narrative is nearly overwhelmed by the sheer number of experiences recorded and women profiled. But in the end, the details of many nurses’ individual trials combine to form a memorable portrayal of their shared experience, one that will emotionally impact readers. Grades 7-10. --Carolyn Phelan

An award-winning journalist, Mary Cronk Farrell’s books have received many accolades and a SPUR Award. She lives in Spokane, WA.
Read more

Start reading Pure Grit on your Kindle in under a minute.

4.7 out of 5 stars
4.7 out of 5
79 global ratings
How are ratings calculated?
To calculate the overall star rating and percentage breakdown by star, we don’t use a simple average. Instead, our system considers things like how recent a review is and if the reviewer bought the item on Amazon. It also analyzes reviews to verify trustworthiness.
Top reviews

Jan Stowe
5.0 out of 5 stars I had the privilege of serving under one of these nurses
Reviewed in the United States on July 12, 2019
Verified Purchase
I was in the US Women's Army Corps from 1964-67. I was an Advanced Medical Specialist (= to LVN/LPN). My last duty station was at Ft. Hood Darnell Army Hospital in Killeen, Tx. One of the nurses featured in this book was Major Hattie R. Brantley ( a 2nd Lt. at the time of her interment), was my Head Nurse. We stayed in touch from 1967-2003 and I did not learn about her ordeal until I visited her in her home in the east Tx town of Jefferson in the 1980's when she told me the horrific story of their 3 year ordeal. (She also tried to recruit me to go to work in their small hospital as I became an RN after I got out of the Army.) The author captured her (Major B's) personality so well in this book as she was a stalwart, no nonsense kind of person who was also a fantastic nurse who mentored and taught me so much. Over the years we exchanged many letters and cards and she was so proud that they finally got recognition by President Reagan at a White House dinner. She remained very active in the retired ANC and was also very proud of being involved in the commission of the Nurse's Memorial in the VN Wall park and the memorial in the Phillipines. I highly recommend this well written book and hope it is a story that will never be repeated. RIP "Major B" and all of the other Angels.
Read more
6 people found this helpful
Helpful
Comment Report abuse

Leighway
VINE VOICE
5.0 out of 5 stars Great Book! Can't get it out of my mind.
Reviewed in the United States on July 20, 2019
Verified Purchase
In this day of abundance, peace and freedom in the US, we forget about the hardships of war. This book graphically describes what it's like to be a prisoner of war, in a camp with civilians and a few medical personnel. It's heartbreaking to read about trying to take care of wounded troops (before being captured) with no supplies and incoming wounded flooding the field hospitals.
But the one thing I remember the most about the book is when the author mentions what hunger does to you. It stuck with me...the madness that comes from having no food. What it's like to eat every bush, tree and insect that one could find just to get some nutrition and stop the starvation from killing you...makes you grateful to be living as we are now.
Read this book...it's a terrific story and one that will keep you thinking for a long time.
Read more
Helpful
Comment Report abuse

Friend of History
4.0 out of 5 stars Excellent Story, Wrong Dates
Reviewed in the United States on January 3, 2020
Verified Purchase
This is a valuable, well written, and little known tale of courage and "pure grit" on the part of Army nurses imprisoned in the Philippines during WW2. My mother, a teen prisoner at Santo Tomas herself, raved about the work ethic and commitment of the nurses, who pulled 8 hour shifts when others were doing only two hours. Well told for young adults, but there are inaccuracies of key dates, and these are in prominent places. (The reason I gave four instead of five stars.) Page 68 of Chapter 11 the Header ("Surrender to the Enemy, May 6, 1941") indicates that Corregidor fell in May1941 (but the war had not yet begun yet in May 1941) and again, a chapter header on p. 73, indicates nurses being taken to Santo Tomas Camp on July 3, 1941 (war didn't start till Dec 41). Both of these should be 1942, but the slip doesn't negate the value of the book.
Read more
Helpful
Comment Report abuse

Chris Koppelman
5.0 out of 5 stars What an amazing story! A MUST-READ!
Reviewed in the United States on February 27, 2014
Verified Purchase
I just finished PURE GRIT, and it blew me away. Beautifully written, documented and depicted in words and photographs, I couldn't put it down. I was so overwhelmed by the courage and character of these women. I am floored that I have never heard of this group of heroes; they are truly an important part of our greatest generation. I have two teen-age daughters, and this book is going to be REQUIRED READING for them. I have ordered it for my grandmother, who played her own role in the war, and I will recommend it to all. HUGE kudos to Mary Cronk Farrell who finally told this story. Thank you for giving us these amazing role models found in PURE GRIT.
Read more
8 people found this helpful
Helpful
Comment Report abuse

Ralph G.
5.0 out of 5 stars Pure Grit
Reviewed in the United States on May 2, 2020
Verified Purchase
This is the second book I have read about the POW Nurses of the P. I. My heart goes out to all these gallant women and their families. I try to read all the books I can find on military nurse's because of the respect I have for them. God smiled on those who serve.
Read more
Helpful
Comment Report abuse

Pamela M Beecy
5.0 out of 5 stars Army and Navy nurses bravely survived Japanese POW camps in the Philipines.
Reviewed in the United States on January 22, 2018
Verified Purchase
This book is a powerful tale of amazing women who provided care to prisoners in Japanese POW camps after the fall of Bataan and Corregidor. From the attack on Pearl Harbor until the end of the war in the Pacific, over a hundred Army and Navy nurses survived and continued to serve others, despite their own diseases and malnutrition. The book is full of excellent photos and shines a light on an episode of the war, spanning four years, that is largely unremarked by and unknown to most Americans. As a retired Army nurse, I recommend the book to all those intrigued by the place of women in our country's wars.
Read more
Helpful
Comment Report abuse

Enjoy Reading
5.0 out of 5 stars Detailed Study of Brave Military Nurses during WW II
Reviewed in the United States on July 16, 2019
Verified Purchase
Well researched and well written history of Army and Navy Nurses who were POWs during WW.II Extensive bibliography, glossary, etc. Most importantly, empathetic presentation of a highly charged time in history. This reader is a retired Navy Nurse
Read more
Helpful
Comment Report abuse
See all reviews

Page 1 of 1 Start overPage 1 of 1
This shopping feature will continue to load items when the Enter key is pressed. In order to navigate out of this carousel please use your heading shortcut key to navigate to the next or previous heading.
Back
Next
Pages with related products. See and discover other items: ww ii