You've subscribed to A Black Sheep & Co. Mystery! We will preorder your items within 24 hours of when they become available. When new books are released, we'll charge your default payment method for the lowest price available during the pre-order period.
Update your device or payment method, cancel individual pre-orders or your subscription at
Your Memberships & Subscriptions
There was an error. We were unable to process your subscription due to an error. Please refresh and try again. 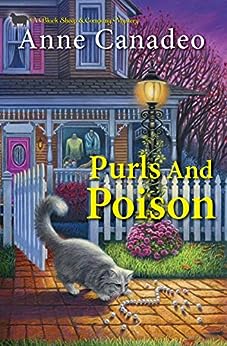 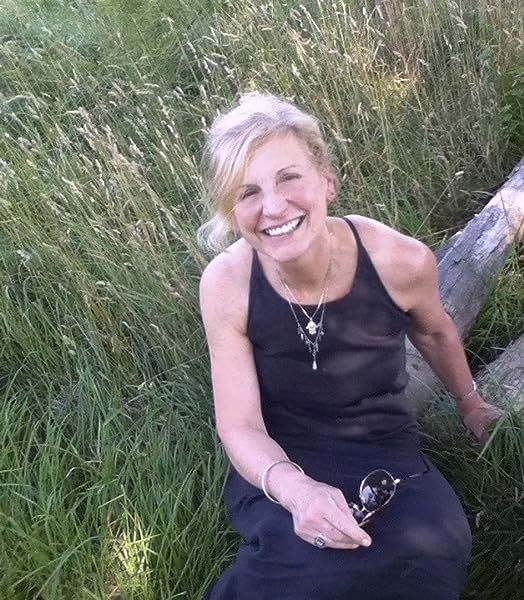 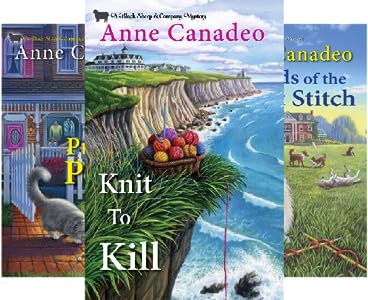 Anne Canadeo is the bestselling author of more than thirty books, including her popular Black Sheep Knitting Mystery series and the Cape Light series, written as Katherine Spencer. She lives in Northport, N.Y. with her husband, daughter, and canine office assistant. You can contact her at anne@annecanadeo.com or follow her on Facebook. --This text refers to the hardcover edition.

Geri Tortosa
4.0 out of 5 stars I love Black Sheep Mysteries
Reviewed in the United States on November 18, 2019
Verified Purchase
I feel like I know the characters. I wish I could join them on Thursday evening or walk down the Main Street and shop in Maggie’s store! Perfect read on those days when you just want to feel like you belong.
Read more
Helpful
Report abuse

Kathleen Burns
5.0 out of 5 stars A cozy mystery and knitting. What could be better.
Reviewed in the United States on March 21, 2019
Verified Purchase
Once again a great cozy mystery by Anne Canadeo. The black sheep knitters are like old friends and I can't wait for the next book.
Read more
Helpful
Report abuse

Mama Cat
5.0 out of 5 stars The Very Best of Friends
Reviewed in the United States on October 30, 2019
This is a series I have been meaning to start reading, and I do wish I had done so sooner! Not only do I like the group of friends who meet at Black Sheep and Company for knitting, one would be hard pressed to find a group of friends who are this loyal to each other. The mystery is complex and challenging, and the characters are defined well through their conversations and actions.

Suzanne, wife and mother, knitter, and home seller, definitely had my attention from the start as she re-hashed the day she had with her business nemesis. The author describes her feelings so well that I could remember when I had disputes with co-workers and how heavily I carried them. While I can say that I never stooped to hair-pulling, if I had the incentive of losing real estate commissions I certainly might have! Suzanne certainly tried when Liza, the other pricey-homes seller in her office, stole what would have been her biggest sale to date. Bad news is that she had to see the boss and Liza the next morning. Sharing the events at her knitting group, her close friend and shop owner Maggie suggested she talk with Liza the next day and try to make it right with her. Maggie knows Liza in a different capacity, as a gifted knitter, devoted daughter and sister, and someone who was active in charitable work.

Tomorrow doesn't always come for everybody, though. Driving past the realty on her way home from knitting, Suzanne saw that the lights were still on and Liza's vehicle was parked outside. Since there is no time like the present, she went in to apologize to Liza. It was too late, as Liza was dead. She feels terrible, thinking that perhaps her outburst causing their argument could have caused her to die of a blood clot or heart attack.

At first, it appears to be a death due to natural causes. After labs and a search are done, the signs point to murder - by Suzanne. Several things send the police in her direction, and she is the only suspect. The lead detective, Maggie's guy Charles, and his partner, are focusing on her, causing problems between Maggie and Charles. When Suzanne is shown leaving the police station on TV news, it also causes problems for her children, especially one of her sons.

Maggie knows how it feels to be a suspect in a murder, and is determined to do what she can to help prove her innocent. The ladies in her knitting group ask questions, keep eyes and ears open, and do some research online to try to keep this woman out of prison, as the police decide to not look for anyone else.

This is a great mystery, with a finely executed plot surrounding a murderer who has completely framed Suzanne. It is also a great story about friendship, love, and loyalty, and looking for the good in those around us. I definitely want to go back to read earlier novels, partly to catch up a bit and partly to enjoy the series better knowing more of their history. I was stumped for part of the story, but grabbed onto a motive and a suspect I don't think anyone else did until it was almost too late. While I was partly right, I was also partly wrong. There are several surprises in this novel; a couple related to the crimes and a couple that will bring interesting, favorable changes to some of the characters in the future. I highly recommend this to those who appreciate well-written cozies mysteries, knitting, and good friends.
Read more
Helpful
Report abuse

Kris Anderson, The Avid Reader
TOP 1000 REVIEWERVINE VOICE
3.0 out of 5 stars Our favorite knitting ladies are back!
Reviewed in the United States on November 11, 2018
Purls and Poison by Anne Canadeo takes us to Plum Harbor. Suzanne Cavanaugh is a realtor at Prestige Properties and she has had a difficult day. She is happy to spend time with her knitting friends that evening, so she can rant and then relax. Suzanne had clients and a listing stolen by Liza Devereaux which ended up in a heated argument at the staff meeting. On the way home, Suzanne passes by the realty office and notices Liza’s car outside. She decides to take her friends advice and make peace with Liza. Suzanne finds Liza sprawled on the floor of her cubicle with her broken pearls scattered around her. Detective Charles Mossbacher and his partner, Detective Frank Oliver are on the case. Unfortunately, Suzanne quickly rises to the top of the suspect list and the circumstantial evidence is mounting up. The knitters know that Suzanne is being framed for the crime, but they need proof. The ladies begin digging into Liza’s life to discover who wanted her out of the way. They need to work quickly because the case is unraveling Suzanne’s family and it is affecting another one of the knitter’s relationships. Join these five ladies in their latest investigation in Purls and Poison.

Purls and Poison is the second book in A Black Sheep & Company Mystery series, but it is tenth book involving the ladies of Plum Harbor (the series changed publisher & altered the series name). I do not recommend beginning the series with Purls and Poison. You will be missing the backstory on the characters. Plum Harbor is a charming seaside town that is home to a delightful knitting shop. The ladies (Maggie, Dana, Phoebe, Lucy and Suzanne) meet each week at the shop to knit, chat, and enjoy a meal while indulging in wine. Purls and Poison is told from Suzanne’s point-of-view. She is extremely angry at Liza for poaching her client and then selling them her listing (double whammy). It resulted in a heated exchange earlier in the day with all her co-workers in attendance (you can see where this is heading). Liza is then murdered, and all the evidence points to Suzanne. The book contains good writing with the regular cozy elements that readers enjoy, but the pacing was varied. The mystery has a handful of suspects, misdirection and pointed clues. Readers will have no problem identifying the guilty party before the solution is revealed. I could have done with less speculation and repetition of case details (which slowed down the pace of the story). I would have preferred if Purls and Poison was told from the third person perspective (instead of changing in each book). I am not a fan of Suzanne and her attitude in this story did not alter my opinion. We get limited information on the other knitters which is a shame (Maggie is my favorite character). One of our ladies is in for a life changing event (I do not want to spoil it for you). I did enjoy their participation in knitting items for charity. They were trying to complete a hundred items for families in need. There is a knitting pattern and recipe at the back of the book. Fans of Anne Canadeo and A Black Sheep Knitting Mystery series (the original series) will be delighted with Purls and Poison.

*I voluntarily read an advanced copy of this novel. The comments and opinions expressed are strictly my own.
Read more
2 people found this helpful
Helpful
Report abuse
See all reviews