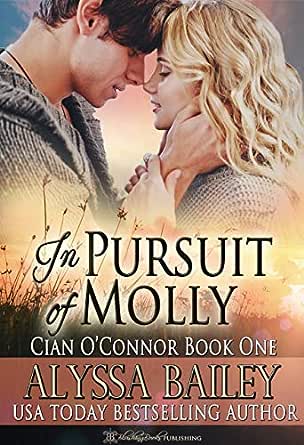 You've subscribed to Cian O'Connor! We will preorder your items within 24 hours of when they become available. When new books are released, we'll charge your default payment method for the lowest price available during the pre-order period.
Update your device or payment method, cancel individual pre-orders or your subscription at
Your Memberships & Subscriptions
There was an error. We were unable to process your subscription due to an error. Please refresh and try again. 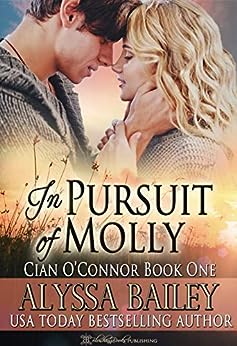 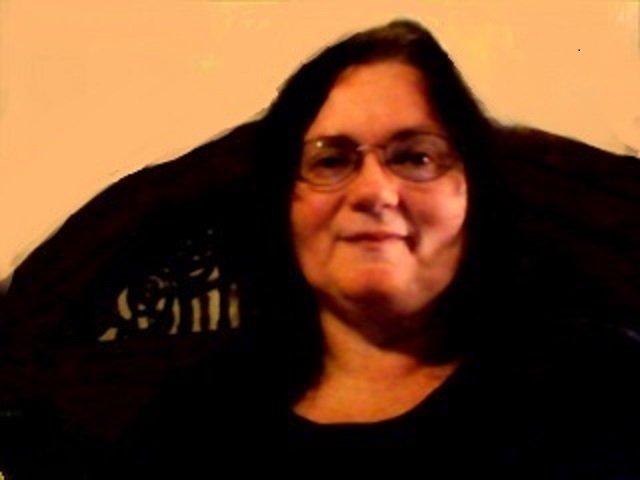 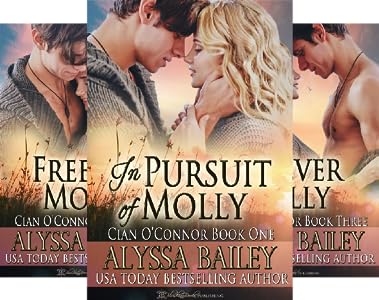 4.5 out of 5 stars
4.5 out of 5
44 customer ratings
How does Amazon calculate star ratings?
Amazon calculates a product’s star ratings based on a machine learned model instead of a raw data average. The model takes into account factors including the age of a rating, whether the ratings are from verified purchasers, and factors that establish reviewer trustworthiness.
Top reviews

Redrabbitt
TOP 500 REVIEWER
5.0 out of 5 stars I SPANK FOR NAUGHTY—REMEMBER THAT
Reviewed in the United States on November 20, 2018
Verified Purchase
The story is a spin-off from other stories on the O’Connor family and will have mention of many family members from those stories. That is no way will make it difficult to read and follow this new one featuring Cián O’Connor and Molly Rasher. Also, while this story does not end on a cliffhanger, it will have at least another story or two that will follow this series.

What a great beginning for the story of Cián O’Connor and Molly Rasher. They had met in veterinary school years earlier. Molly decided not to continue to become a DVM, and instead just became a Vet Tech and went back home to work with her father. Now Cián is finishing up school and seeks Dr. Rasher to intern with him as he is in his final stages of school. He and Molly will become reacquainted, and this is the beginning of their relationship.

Molly is a sweet girl, has had eyes for Cián from when they were in school, and excited that he is coming to work with her and her father. Their relationship is a slow-moving courtship, partially because of his schooling, and he doesn’t rush things. Cián has a confidence about him, while not arrogant, it is self-assured.

“To know me is to love me. Besides, I’ve learned from my sisters, the way to a woman’s heart is through action. Things like licking, kissing, worshipping, listening, oh, and when the time is right, clit action is never a bad choice.”

The story includes working together, a life-and-death scare that they both will encounter, his protectiveness of her, and guilt that he wasn’t able to protect her from danger. He will take her home to his family, and she can see more of what his family is like, including learning that in the O’Connor family, the men are the head of household and yes, the women are spanked.

I think Cián is a patient man, even when Molly tries to push his buttons. When he learns of her misbehavior when he must go out of town, and she decides to stay behind and go out with friends. She breaks so many safety rules, and he proves he will spank her, but what happens afterward is an issue they must work through together.

“The man intended to make sure she followed the rules—his rules.”

The story is a sweet romance, with power exchange, and a couple who will consensually enter into a domestic discipline relationship. While there are a couple of sex scenes, they are not overly explicit. The story is more the chemistry between Cián and Molly, the respect within their relationship, and the dynamics they establish during their journey.

I look forward to the next story in this series, and Cián is finishing up school, making plans for her veterinarian clinic and house. Also for the plans for their future.
Read more
2 people found this helpful
Helpful
Comment Report abuse

Pico1
5.0 out of 5 stars Short, cute story
Reviewed in the United States on November 22, 2018
Verified Purchase
Molly is a veterinary technician; Cian is a veterinary student almost finished with his studies and interning in her Dad’s veterinary clinic. They begin a chaste relationship as they get to know each other – but her spoiled way of looking at things is a detriment to the development of the relationship. Things move forward with some spanking and mild sex. Cian is a solid citizen with good morals and a clear direction; Molly is flighty and needs a lot of attention from Cian to become more settled.
Read more
One person found this helpful
Helpful
Comment Report abuse

Stats23
4.0 out of 5 stars Is DD for Me
Reviewed in the United States on November 20, 2018
There have been many books written about couples entering into a domestic discipline relationship and all of the issues that brings to bear, but few have succeeded so well at presenting the reluctant female’s concerns and fears. Cian O’Connor makes it very clear from the start of his relationship with Molly Rasher that he expects her to be obedient to him in all ways and that there will be consequences should she fail to do so. It is the way of his family. Molly loves and respects Cian, but has real emotional and physical issues with submitting to him and accepting discipline. The mental image of it excites her sexually, but her independent nature rails at the thought of being submissive. This story takes the reader along the very loving journey of Molly’s ascension to the DD lifestyle in a realistic and exciting way. There are spankings, obviously, as well as some very erotic sexual scenes. The added bonus is the references to all of Cian’s similar leaning siblings, with the promise of many more stories for the future. 4 Stars.
I voluntarily reviewed an advance reader copy of this book.
Read more
Helpful
Comment Report abuse

CS
3.0 out of 5 stars 3 1/2 Stars!
Reviewed in the United States on November 27, 2018
This started out as a sweet lighthearted romance that had a young adult feel to it. Molly is attracted to the new veterinarian intern at her father’s practice. Cian is also attracted to her.
I found their relationship refreshing and strange at the same time as Cian and his whole family practice spousal spanking as a normal way to discipline their women when they misbehave. The way Cian patiently describes and coaches Molly was a bit creepy and cultish versus erotic and sexy.
Although Molly willingly allows Cian full reign in this department, I thought he was always too much in control and never really vulnerable with Molly. More of a patient teacher who always had the upper hand.
This was a well written story with some good elements in it with Cian being a considerate, respectful, caring dominant male with Molly. I just didn’t feel any intense passion or heart from his side although the scenes were steamy. Just me though, I still think it was worth the time!

Merry Jelks- Emmanuel
5.0 out of 5 stars An Intriguing Story
Reviewed in the United States on November 27, 2018
Molly has had a crush on Cian for forever but he doesn't give her the time of day while he is in school studying. Now he is out and they are thrown together again while he is in residence with her father. Cian did not have the time to give Molly while he was studying but all bets are off now and they are getting closer. Molly has been spoiled by her father but Cian believes in spanking when the moment calls for it. Will this be a deal breaker for their relationship given the way Molly was brought up?

Maggi
4.0 out of 5 stars Quick easy entertaining read
Reviewed in the United States on April 23, 2019
This is a quick easy and entertaining read. Cián and Molly were in Vet school together and she has always had her eye on him. When he gets an internship at her fathers vet clinic, they begin a chaste romance. Cián believes in domestic discipline and Molly is unsure if that is what she can agree to. As their love grows and they start planning a future together, Cián explains to Molly how DD works. When Cián goes out of town to formulate his plans for his own practice, Molly goes out with friends to a club, drinks too much and drives home with someone who shouldn’t be driving, Molly knows she did wrong and should be disciplined. Good read!

Sue xo
5.0 out of 5 stars Definatly a one click author ever time x
Reviewed in the United Kingdom on December 6, 2018
Verified Purchase
What can i say but the whole series is amazing. I have re read them time and time again and never get bored. Amazing author is in my personal top 5 must haves xx
Read more
Helpful
Sending feedback...
Thank you for your feedback.
Sorry, we failed to record your vote. Please try again
Report abuse