From the Author: Top 5 Tips & Tricks for Beginning Programmers 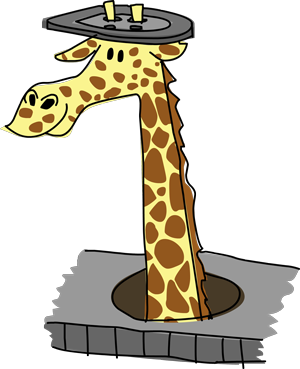 1. Never try to understand a long piece of code (or a long program) in one go. Focus on a few statements at a time. If possible, try to take a smaller chunk of the code and run it yourself to see what it does. Experimenting is always good, even if it doesn’t work and you get weird error messages, you’ve learned something!

2. Try it yourself. Make sure you try out code examples for yourself (don’t just read about them). Trying something and running it, actually helps it stick in your head. Better yet, if you change things around to see what effect that has, you’ll learn and understand more.

3. If all else fails, sleep on it. Sometimes no amount of brain effort will get you past a difficult or complicated problem. Either you don’t understand something, or a piece of your code won’t work, and you can’t figure out why. If all else fails, try sleeping on it. Or, at the very least, leave it alone for a few hours, and come back to the problem later. When you come to something fresh, often the answer will appear.

4. Never type long sections of code directly into the Shell. In Python, either in the Shell (IDLE) or the Console, you can type and run statements directly and see what happens. But if you’re entering a longer program, either use a text editor or use the Shell’s editor (select File, then New in the Shell). That way you can save your file, run it, and come back and fiddle with the code without having to re-type everything.

5. Pick the right project. If you’re looking for something to put your new-found programming skills to use, don’t think Halo, or Uncharted, or Super Mario Galaxy or Assassins Creed. Don’t even think Angry Birds, or Pocket God, or Rolando. Think arcade games from the 1970’s and 1980’s—games like Galaxian, Centipede, Donkey Kong, and Frogger have simple graphics and basic game mechanics, which makes them great first projects for budding game developers.

Do an internet search for arcade games from that period. Take a look at some examples and then try to write something similar yourself. It’s much more satisfying to take a simple project and actually finish it, rather than a hugely ambitious, complicated project that you never get working.

"By the end of the book you have a fully-functional platform game running, and most likely a head full of ideas about your next game…Python for Kids is just as good an introduction for adults learning to code." –Geek.com

"An excellent introduction to programming for anyone interested in learning to program, regardless of their age. The material is extremely well organized and presented, and makes for a great resource for either home or school."—GeekDad

Jason Briggs has been a programmer since the age of eight, when he first learned BASIC on a Radio Shack TRS-80. Since then he has written software professionally as a developer and systems architect and served as Contributing Editor for Java Developer's Journal. His articles have appeared in JavaWorld, ONJava and ONLamp. Python for Kids is his first book.
Read more

Start reading Python for Kids: A Playful Introduction To Programming on your Kindle in under a minute.

4.6 out of 5 stars
4.6 out of 5
496 global ratings
How are ratings calculated?
To calculate the overall star rating and percentage breakdown by star, we don’t use a simple average. Instead, our system considers things like how recent a review is and if the reviewer bought the item on Amazon. It also analyzes reviews to verify trustworthiness.
Top reviews

Eric H.
4.0 out of 5 stars The best Python for kids book right now.
Reviewed in the United States on November 15, 2017
Verified Purchase
I teach Python to kids. I've looked at just about every Python book for kids, and this is the best one. It is not perfect, but it explains things in an easy enough manner for kids to learn on their own if they miss a class. So I use it as the textbook for my classes.

The explanation of String formatting needs to be updated. We don't do embedded values using %s anymore.
I recommend skipping the chapters on Turtle Graphics and tkinter.

The introductory chapter on classes and objects is not bad, but the topic is beyond what most kids will need, and they should really focus on imperative / procedural programming first using just lists and dictionaries as their basic data structures.
Read more
80 people found this helpful
Helpful
Comment Report abuse

Madmax
5.0 out of 5 stars I'm glad I am not the only adult who enjoyed this book
Reviewed in the United States on March 9, 2017
Verified Purchase
Not just for kids, and looking at some of the other reviews. I've gone through a few python books to bolster my scripting skills and this one is great because it actually has examples that have some focus that builds upon itself as opposed to a few dry examples just to get a point across.
Read more
22 people found this helpful
Helpful
Comment Report abuse

David
5.0 out of 5 stars good book
Reviewed in the United States on April 25, 2020
Verified Purchase
I am so happy to purchase the book at the beginning of “stay-at-home” time. My son is really enjoy to learn coding from this book. He is 11 year old, and had never learned the coding before. This book guides him step by step to understand and apply various python concepts. It is recommended for kids, but it is also for the parents as well. I learned as a beginner although I can understand the concepts easily than my son. It covers the basic Python statements and excises and a lot of examples. I still remembered how happy my son was when he created a program using his car model. I am so please with the book that I am passionate about with my kid during this special time.
Read more
5 people found this helpful
Helpful
Comment Report abuse

Kelly D.
5.0 out of 5 stars Great introduction for anyone new to programming.
Reviewed in the United States on May 19, 2019
Verified Purchase
I bought this with the intention of starting to teach my son programming. I come home one day and my wife had already started teaching it to him in homeschool. She had never programmed either, but now can mess around with python. It goes great when used adjacent to his math curriculum
Read more
8 people found this helpful
Helpful
Comment Report abuse

michael williams
5.0 out of 5 stars ideal beginner progamming for kids 10+ i suggest though unless with help then 9+
Reviewed in the United States on March 20, 2017
Verified Purchase
python is one of the easiest first languages so it is ideal for the beginner and it is perfect for kids.
little parental help here and there and they will be on there way 10+
Read more
9 people found this helpful
Helpful
Comment Report abuse

Rad doc 55
5.0 out of 5 stars Good intro book
Reviewed in the United States on May 21, 2017
Verified Purchase
Good intro book.
My son and I do it together. I don't think he would do it on his own though.
Read more
8 people found this helpful
Helpful
Comment Report abuse

Choppers
1.0 out of 5 stars Warning OUT OF DATE buy a much more updated version
Reviewed in the United Kingdom on August 23, 2017
Verified Purchase
At first this book gaved me a basic understanding but while reading along I soon notice how out of date this book really is,it could be a much more better book if it was updated dated,also the pages started to come apart so be careful
Read more
2 people found this helpful
Report abuse

peter deacon
5.0 out of 5 stars Great book... to get anyone of any age into programming..
Reviewed in the United Kingdom on August 9, 2015
Verified Purchase
I have been trying to get to grips with programming for many years....I am 76 years old and this is the first book that has kept my interest and started me programming ...Thank you Mr Briggs
Read more
6 people found this helpful
Report abuse

blood of cats
4.0 out of 5 stars Turtle.Pen error SOLVED
Reviewed in the United Kingdom on January 26, 2016
Verified Purchase
Great book. I am an adult and decided on a whim to try and learn python and I am enjoying the up beat style of writing.
Just a quick note about getting the Turtle module to work~ After lots of head scratching and errors despite following everything you need to use a CAPITAL P in turtle.Pen() -turtle.pen() will throw up the error. The author has addressed this on his forum
Read more
2 people found this helpful
Report abuse

Carrie
4.0 out of 5 stars Excellent book for beginners
Reviewed in the United Kingdom on January 5, 2014
Verified Purchase
If you're completely new to programming, this is a fantastic book to get started with. Before I read it I didn't know a thing about any programming language, but now I'm definitely getting to grips with it. I'm not sure how suitable it is for kids, as once you're about mid way through the book it gets quite complicated, but I'd definitely recommend it for any adult wanting to start. Don't be put off by the title, it's ideal for anyone.
Read more
3 people found this helpful
Report abuse

Elfin
5.0 out of 5 stars An invaluable aid
Reviewed in the United Kingdom on October 15, 2014
Verified Purchase
An invaluable aid for the 15-year old it was bought for, as well as for parents or grandparents who haven't done pythoning before!
Read more
Report abuse
See all reviews

Page 1 of 1 Start overPage 1 of 1
This shopping feature will continue to load items when the Enter key is pressed. In order to navigate out of this carousel please use your heading shortcut key to navigate to the next or previous heading.
Back
Next
Pages with related products. See and discover other items: introduction to python, learning english for kids, computer software engineering, brand development, game coding, computer science and engineering books