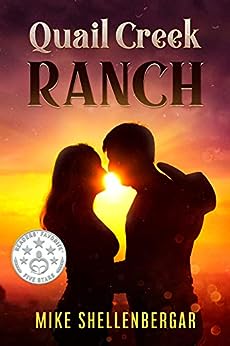 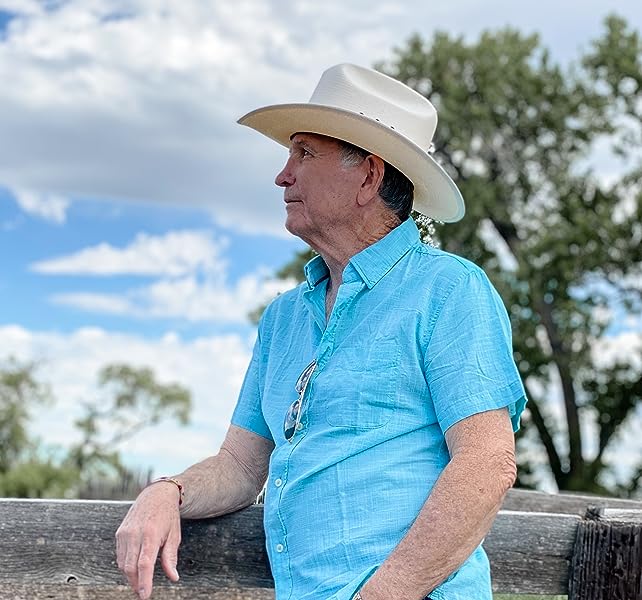 C. F. Jones
5.0 out of 5 stars oricl
Reviewed in the United States on June 13, 2020
Verified Purchase
Quail Creek Ranch is Mike Shellenbergar’s newest novel. It is a mix genre of Western & Romance. In the start, the reader is introduced to Diego “Dee” Ryan, a former graduate of West Point Military Academy, officer in the Union Army during the Civil War, Texas Ranger, and freedom fighter in Mexico for Benito Juarez in the Mexican fight for independence from the King of Spain. We learn that Dee’s mother was from Mexico so he is fluent in both English and Spanish. His reward for helping Juarez was a large grant of land in Northeastern New Mexico which he is now setting out to explore and set the boundaries so he can establish himself as a rancher. We also learn that Dee is very proficient with his guns and is able to defend himself through his careful observation of what is going on around him.
As Dee has ridden into town he has a chance meeting with a young lady, Myriam Barnard, daughter of a local rancher, Jake Barnard. They live on a large spread, the B Bar B. Dee is immediately interested in Myriam, and she seems interested in him. Thus, Western meets Romance. Throughout the story we continue to learn more about how the West was settled. Shellenbergar has done good research and his story and characters ring true. Main characters are well developed; action is mixed with interesting details about the territory and its growth toward statehood. The strength of women in the settling of the West is nicely narrated in the story of Myriam.
The conclusion of the story is bittersweet, but also was a common ending for the period of history being covered. I rated it 5 stars for its ability to mix a good story of the West with a believable story of romance that stays on track in presenting this part of American history. There was a good balance of not too much violence (none really graphic), with tender romance (sex, but appropriate to the storyline), and historical accuracy without being just facts and figures.

Read more
One person found this helpful
Helpful
Report abuse
See all reviews
Back to top
Get to Know Us
Make Money with Us
Amazon Payment Products
Let Us Help You
EnglishChoose a language for shopping. United StatesChoose a country/region for shopping.
© 1996-2021, Amazon.com, Inc. or its affiliates