You've subscribed to Bibliomysteries! We will preorder your items within 24 hours of when they become available. When new books are released, we'll charge your default payment method for the lowest price available during the pre-order period.
Update your device or payment method, cancel individual pre-orders or your subscription at
Your Memberships & Subscriptions
There was an error. We were unable to process your subscription due to an error. Please refresh and try again. 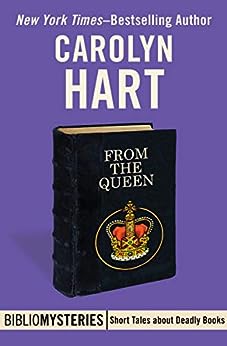 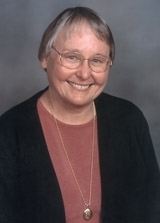 Audible Holiday Deal
Save 46% on your first 4 months. Get this deal
Books In This Series (35 Books)
Complete Series
Bibliomysteries
Kindle Edition
Page 1 of 1Start OverPage 1 of 1
Previous page
Next page

Carolyn Hart is the author of 55 novels, 49 of which are mysteries. She is a native of Oklahoma City, a Phi Beta Kappa journalism graduate of the University of Oklahoma, and a former president of Sisters in Crime, of which she is still a member. She is also a member of the Authors Guild, Mystery Writers of America, the International Crime Writers Association, the International Thrillers Association, and the American Crime Writers League. Hart taught professional writing at the University of Oklahoma School of Journalism from 1982 to 1985. She has won three Agatha Awards for Best Novel, two Anthony Awards, and two Macavity Awards.
--This text refers to an alternate kindle_edition edition.

If you love Topper and Blithe Spirit, celebrate Christmas with It's a Wonderful Life, and live to laugh, please join the Late Bailey Ruth Raeburn, Heaven's irrepressible sleuth, on the Rescue Express October 1 In GHOST GONE WILD. Bailey Ruth returns to earth to help a scruffy but lovable 20-something-video-game inventor who has lots of money and just as many enemies. Bailey Ruth foils a shooting, but discovers her Heavenly supervisor has no idea she's on earth and this time she may never make it back to Heaven!

DEAD, WHITE AND BLUE is the 23rd in the Death on Demand series. Annie Darling insists a woman can't disappear without a trace but a sultry siren walks into the pines on the Fourth of July and no one has seen her since.

For more about Carolyn's books and comments, please visit her website at www.CarolynHart.com

Carolyn writes the Death on Demand series set in a mystery bookstore on a South Carolina sea island and the Bailey Ruth Raeburn series featuring a lively redheaded ghost.

Carolyn is also the author of several WWII novels, including ESCAPE FROM PARIS which is mewly available this month from Seventh Street Books. Escape from Paris is the story of two sisters who defy the Gestapo to help British fliers avoid capture.

In Ghost at Work, Bailey Ruth returns to earth to help someone in trouble. She moves a body, investigates a murder, saves a marriage, prevents a suicide, and--in a fiery finale--rescues a child who knows too much. In Merry, Merry Ghost, Bailey Ruth protects a little boy from danger. In Ghost in Trouble, Bailey Ruth tries to corral a wilful woman determined to play hunt-the-killer. Ghost Gone Wild puts Bailey Ruth at risk of never returning to Heaven.

Letter from Home, a WWII novel set on the home front, received the Agatha Award for Best Mystery of 2003. It was nominated for a Pulitzer Prize by the Oklahoma Center for Poets and Writers. Thirteen-year-old Gretchen Gilman is working for the small-town newspaper during the hot summer of 1944. Murder occurs on the street where she lives, forever changing her life and the lives of those involved.

Hart was one of 10 mystery authors featured at the National Book Festival on the Mall in Washington, DC, in 2003 for Letter from Home and again in 2007 for Set Sail for Murder, 7th in the Henrie O series. In Set Sail for Murder (new in paperback March 2008), Henrie O joins a troubled family on a Baltic cruise and death is an unwelcome passenger.

Hart has been nominated 9 times for the Agatha Award for Best Novel and has won 3 times. In 2007 she received the Lifetime Achievement Award at Malice Domestic. She will be the International Guest of Honor at Bloody Words in Toronto on June 6-8, 2008.

Hart is a native of Oklahoma City, a journalism graduate of the University of Oklahoma, and a former president of Sisters in Crime. She is also a member of Authors Guild, Mystery Writers of America, the International Association of Crime Writers, and American Crime Writers League.

Alter Ego
3.0 out of 5 stars A Frustrating Read. Only 35 pages (not 53) and how did the McGuffin...?
Reviewed in the United States on January 29, 2021
Verified Purchase
ARG! No explanation of how the McGuffin - a signed, near mint, first edition of an Agatha Christie book from 1925 - dedicated to the Queen! - ended up in the belongings of an elderly woman in a nursing home (and upon her death, sent to the story's victim). Yes, she was supposed to have been given it on her retirement from the palace, BUT (1) they'd never give her a a book like that (dedicated to the Queen); they'd give her something which THEY would sign TO HER, and (2) it would have never been able to stay pristine over the decades. I can also note, something that eye-catching would likely have been stolen along the way. In fact, I'd guess it was stolen from the palace.

I was expecting an explanation to this in the last 18 pages... Only they were padding making the story appear longer. What did I think of the story? Incomplete.
Read more
Helpful
Report abuse

Laura Bagnell
5.0 out of 5 stars Short Story, but No Shortage of Mystery
Reviewed in the United States on October 22, 2015
Verified Purchase
Death on Demand Mysteries is one of my favorite series of books. This short story fits neatly into the series and brings into its plot several old friends and introduces new friends and villains. As much as Annie promises herself, and her husband, Max, trouble just seems to find her. In this case its an old book which could be by and From the Queen. The story moves quickly and clearly draws its new characters to life before coming to a satisfying conclusion. It is my hope that Carolyn Hart will write more short stories about Annie and Max's life on Broward Rock.
Read more
One person found this helpful
Helpful
Report abuse

Ginger G. Rodriguez
1.0 out of 5 stars Not even worth $2.99
Reviewed in the United States on October 4, 2021
Verified Purchase
This short story seems to have been written for readers familiar with the characters and context to drop in for a cozy visit. An undeveloped and unrealistic plot disappoints. Reading this Bibliomystery makes me unlikely to try any of the others in the series.
Read more
Helpful
Report abuse

Kindle Customer
5.0 out of 5 stars Annie Darling Solves the Case Again
Reviewed in the United States on March 2, 2018
Verified Purchase
A fun short story with just the right amount of clues, featuring a community of known characters. No surprises for fans of the series.
Read more
Helpful
Report abuse

nolagrammy
5.0 out of 5 stars Great story!😊
Reviewed in the United States on March 29, 2016
Verified Purchase
This is a must read short story for all Death on Demand mystery lovers! 😄
Read more
One person found this helpful
Helpful
Report abuse

pauline kuehl
5.0 out of 5 stars Short story
Reviewed in the United States on June 17, 2016
Verified Purchase
Enjoyed but thought it would be more . Missed the use of usual characters at Death on Demand bookstore. Please stop requiring so many words
Read more
One person found this helpful
Helpful
Report abuse

Hollister C. Price
5.0 out of 5 stars Great story!
Reviewed in the United States on April 2, 2016
Verified Purchase
This is a great story with a satisfying ending. I enjoyed it, but, the only problem was that it wasn't long enough!
Read more
One person found this helpful
Helpful
Report abuse

Damaskcat
4.0 out of 5 stars From the Queen
Reviewed in the United Kingdom on October 3, 2015
Verified Purchase
This is an entertaining short story about an elderly woman who discovers a first edition of an Agatha Christie novel which was inscribed to the Queen from the author herself. Unfortunately before Ellen can sell the book and solve all her financial problems she has a break in and the book is stolen. Her friend, Annie Darling, agrees to investigate and recover the book for her but this leads her into unexpected and deadly danger.

The story can be read in less than an hour and contains plenty of discussions of books - especially crime novels - and some interesting characters including two cats called Agatha and Dorothy L. This is a quick read and if you just want something to relax which for half an hour or so this is ideal.
Read more
One person found this helpful
Report abuse
See all reviews