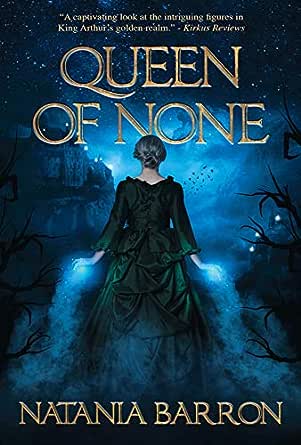 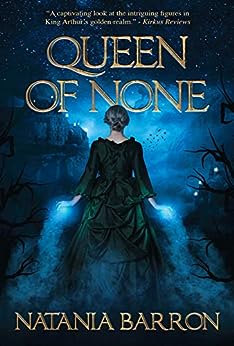 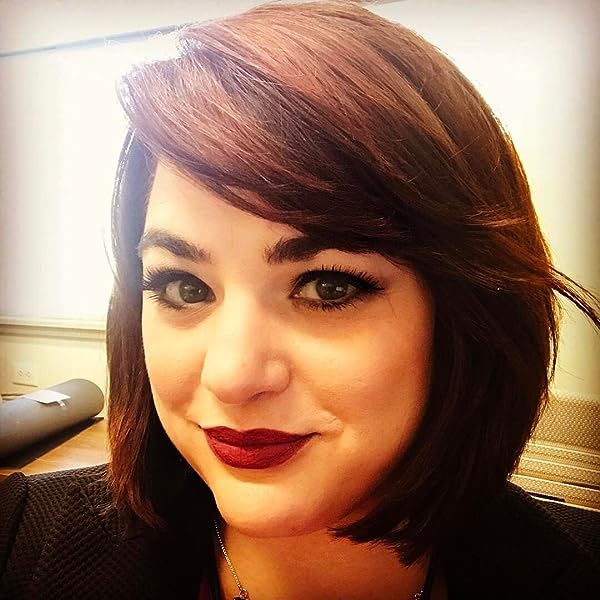 Queen of None Kindle Edition

"...a layered, engaging retelling sure to please fans of the Arthurian tales."
-- Publishers Weekly

"A captivating look at the intriguing figures in King Arthur's golden realm."
--Kirkus Review"... a masterpiece of modern Arthuriana... heartbreaking and beautiful." --Paul Jessup, author of Close Your Eyes

The seeds of Queen of None were planted in the spring of 2000, when I attended the University of Massachusetts - Amherst, and took my first official class in medieval literature. The instructor, Dr. Charlotte Spivack, had taught alongside my grandfather when he was part of the same English department. Her syllabus read like a dream for me: a full immersion from the oldest historical references up through modern interpretations of Arthur.

There, I met, and fell for, a knight named Gawain and, by extension, his family. I recall hovering over my copy of Le Morte D'Arthur on the bus during my commute, feeling as if I'd discovered a new world. Until that year, I'd only had a passing understanding of Arthur in English mythology and literature from books and movies of my childhood, but by the end of that semester--still living at home to help my mother endure the pains of chemotherapy--I knew my life would never quite be the same.
When it came time for graduate school, I knew Arthuriana would be my focus. And there, in another course, I gained a better understanding of the historical contexts; or, rather, the lack thereof. Arthur himself, the fulcrum around which the entire canon rises and falls, has much historical context but no concrete proof. He, and his court, are both incredibly detailed and familiar and also mercurial, shifting, and adaptable. The standbys we know now, of the Table Round and Lancelot du Lac, are much later French additions. Arthur's myth was honed over almost a millennium, and it's still being forged.

In 2009, my younger sister was diagnosed with cancer. And, like a mirror to the past, I was again drawn to the story of Arthur and Camelot. I needed to cope with her illness, andI needed to find my voice again: I had decided not to pursue my PhD and, instead focus on raising my son and freelancing. The first draft of Anna's story came in that cold spring and winter, hectic and sparse. And as the years passed, I was drawn again and again to the story to edit, to expand, to add, to detract. Now, over ten years later, the result is this novel.

I wrote it, on purpose, out of history. It is intended to be a kind of mirror-version of the Arthur of England familiar in T.H. White and Mary Stewart. You'll notice unusual spellings of names, places, and twists on common tales. It's all very intentional. I pulled both from very old concepts and very recent concepts, and looked to create something new. In a way, like the Victorians, I wanted to pull Arthur out of a strict time and add a gauzy, mysterious window into the world not often seen.

More than anything, the story is about the women--so many women in the tales--who are often relegated to plot points, pawns in marriage, gifts in battle, and vessels for future kings. Anna Pendragon appears almost a thousand years ago in Geoffrey of Monmouth, and then is absorbed into the myths of her more famous sisters. I sought to reconcile that, and to play upon her disappearance in her own prophecy, to unexpectedly give a voice to the women who came before and after her.

Natania Barron believes in monsters and hopes you do, too. She's the author of dozens of short stories, a fistful of novellas, and a few novels. All of these works contain monsters of one variety of another, but not all of them wear monstrous skins. When not traveling through imagined worlds, she lives in North Carolina with her family, where she traipses through the forest on a regular basis, bakes incessantly, drinks an inordinate amount of tea, and dreams of someday owning a haunted house of her own.
Read more

Mindi Mitchell
5.0 out of 5 stars Heartwrenching, beautiful tale bringing us back to Arthur's world through Anna's eyes
Reviewed in the United States on December 11, 2020
Verified Purchase
The lyrical writing immediately drew me in and set me right in Arthur's family and court, but through the eyes of his oft-forgotten sister Anna. As someone who also studied Arthurian legends in college, there was both a familiarity and bright newness to Anna's Arthurian setting. Brilliant plot twists and turns, and characters that remind us, ultimately, of the sad falling of Arthur's kingdom before his very eyes, but with a hope of survival.
Read more
One person found this helpful
Helpful
Report abuse

Brian Barrier
5.0 out of 5 stars Sip and savor - especially savor
Reviewed in the United States on January 11, 2021
Verified Purchase
This is a book to be sipped and savored, to be sure - from the turns of phrase to the turns of fortune. However it is no Richard Harris and Vanessa Redgrave formulaic romance. One must look to all the spaces between - between characters, between times, between destinies - to gaze in wonder at how love and hope may eke out an existence in the liminal. These opportunities are very often lost in other tellings and retellings that use (or perhaps misuse) either high fantasy tropes or a surfeit of action scenes. This is a glorious challenge to those who think they know what is going to happen next. Thank you, Natania Barron, for this masterwork. It was a gift I will not forget.
Read more
Helpful
Report abuse

Joe
5.0 out of 5 stars Masterpiece of modern Arthuriana.
Reviewed in the United States on January 6, 2021
One of the best sci-fi/fantasy books of 2020!
Read more
One person found this helpful
Helpful
Report abuse
See all reviews

E. J. Dawson
5.0 out of 5 stars A bitter sweet and twisted tale of Arthurian legend
Reviewed in Australia on December 6, 2020
Verified Purchase
Women are traded like pawns, bred for the bloodlines, and forgotten once they'd served their purpose; but none so much as Anne. Anne who is cursed to be forgotten by Merlin's word. No matter her status as the only full blooded sister of King Arthur, she's nothing more than a servicing womb. Or is she? Down the dark and twisted court of Arthurian legend, behind the glamour of noble deeds, a bevy of women languish in regrets as they come to terms with the machinations of the men in the lives, least of all is Merlin. Until one woman plots revenge, and her name is not Anne, because you see, Anne is cursed to be forgotten. A beatuifully written tale of sorrow, regret, duty and what depths a women will take to see the end of a tyrant's rule, even if he doesn't sit on the throne.
Read more
Report abuse
See all reviews