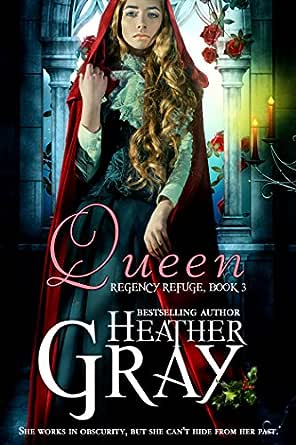 You've subscribed to Regency Refuge! We will preorder your items within 24 hours of when they become available. When new books are released, we'll charge your default payment method for the lowest price available during the pre-order period.
Update your device or payment method, cancel individual pre-orders or your subscription at
Your Memberships & Subscriptions
There was an error. We were unable to process your subscription due to an error. Please refresh and try again. 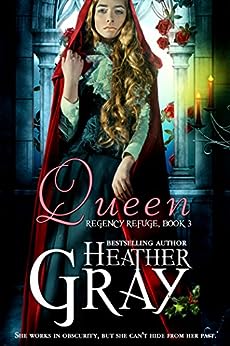 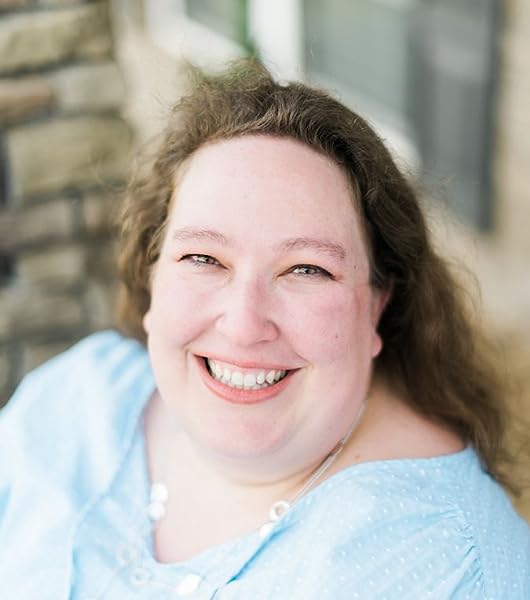 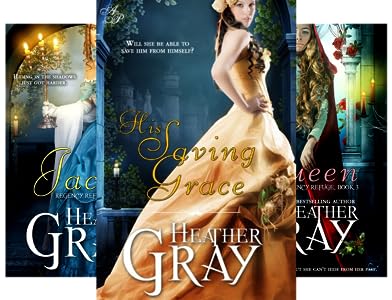 HeatherGray authors the Ladies of Larkspur inspirational western romance series,including Mail Order Man, Just Dessert, and Redemption.  She also writesthe Regency Refuge series: His SavingGrace, Jackal, and Queen - pluscontemporary titles Ten Million Reasonsand Nowhere for Christmas.  Aside from a long-standing love affair withcoffee, Heather's greatest joys are her relationships with her Savior andfamily.  Heather loves to laugh, and thistheme is prevalent in her writing where, through the highs and lows of life,her characters find a way to love God, embrace each day, and laugh out loudright along with her.

Redrabbitt
TOP 500 REVIEWER
5.0 out of 5 stars Finding forgiveness and love in an old friend
November 9, 2014
Format: Kindle EditionVerified Purchase
This is the third book in the Regency Refuge Series. Each book (His Saving Grace and Jackal) are solid enough and with detailed information to read as a standalone but to fully grasp these wonderfully spun tales, I would recommend reading all three in order. The book has so many elements, mystery, suspense, espionage, betrayal, loyalty, forgiveness, redemption and love.

Queen had to become a strong woman very early in life after her parents are arrested, tried and executed, after being accused of betraying the Crown. Twelve years old and put into service by the war department in the Queen's court. Her life and virtue both at risk. Owen Loring had an uncanny sense with numbers, ledgers and documents. He had known he wanted to be of service to his government. Together, Owen and Queen are placed in numerous situations of cat and mouse, not knowing for sure of whom they could trust and who foe. This story keeps the pages turning, the intrigue and mystery never get boring. It is a constant state of trying to figure out who done it, who is the guilty parties, why the deceit and how to survive while being of service to the Crown. We met other characters from previous books, who play key roles in this story too. The story also shares that forgiveness and love can be found.

Jenny
4.0 out of 5 stars Regency Intrigue
January 27, 2017
Format: Kindle EditionVerified Purchase
This is an entertaining Regency read. The intrigue seemed fairly complex as far as Regencies go, and the religious aspects were not overwhelming. While the plot is not perfect and air-tight, I enjoyed the book. Unfortunately, I had to grit my teeth a little at the author's tendency to use language that is too modern. There are a number of examples, but the ones that really got under my skin this time were "cookie", a word that did not yet exist in reference to what they would have called "biscuits", ending a question with "right?" When the word was not used that way at the time, and gentry characters calling a mother "mum"...not something the upper classes did. There are more, but I'll stop there.
Read more
One person found this helpful
Helpful
Comment Report abuse

Becky Smith
5.0 out of 5 stars Full of History, Suspense, Mystery, & Romance!
December 31, 2017
Format: Kindle EditionVerified Purchase
I loved this Regency novel and the history in this book. The Regency Refuge series was really enjoyable, as well as making me laugh several times. I loved how Isabel had taken hardship & transformed it into hope. This captivating book has great themes about unforgiveness, allowing hurt to turn into bitterness & hatred, guilt (bad guilt vs. good guilt), the inability to forgive ourselves, and taking hardship & transforming it into hope. I loved the horse’s name Despiadado, whose name was a reminder not to become ruthless & merciless, but to be merciful. This is a great series!
Read more
Helpful
Comment Report abuse

Khristy Strange
5.0 out of 5 stars Enjoyable Book
December 26, 2014
Format: Kindle EditionVerified Purchase
I did not read the Regency Refuge books in order but that didn't really matter. Although these books share certain characters, each book is a unique perspective of individual characters. I would recommend all three books and it would make more sense to read them in order but a reader will not be confused by events when read in any order.

Queen is a strong character who has been dealt a difficult hand in life. She learns to adapt and survive. People come into her life that show her that faith in God is of the upmost importance. It is difficult to stay a Christian in her line of work. Queen is a spy. She is protective of those in her inner circle to the point of sacrificing herself to save those she loves.

It's not often you can read clean, fictional romance novels set in this time period. The plot may not be original, but the characters help bring the book to life. I fell in love with Queen and her ragtag group, as well as Owen.

Just My Opinion
5.0 out of 5 stars Intrigue At It's Best!!
November 7, 2014
Format: Kindle EditionVerified Purchase
Wow...hold on to your hat and be prepared for a thrilling ride of intrigue and suspense! Heather Gray is a master story writer and has a gift for bringing her characters to life. You will certainly not be bored reading this one! Both hero and heroine are strong characters in their own right and each have secrets they hesitate to reveal. Amidst intrigue, suspense, treason & duplicity there is also forgiveness, romance and faith. This is a high-paced, page turner that is difficult to put down. I anxiously await the next book in this series!
Read more
3 people found this helpful
Helpful
Comment Report abuse

sower
5.0 out of 5 stars Queen is a page turner, a wonderful spy novel with intrigue, heroes and a touch of romance!
November 26, 2014
Format: Kindle EditionVerified Purchase
What a wonderful spy thriller! Heather Gray's heroes are always smart, strong, romantic, self-sacrificing - and Owen Loring does not disappoint. Queen herself is a bit of a different romantic interest, since she is a woman of many disguises, who is also a brilliant spy in her own right. And it's perfect! The adventure is quick-paced, with just the right amount of twists and turns; the family and friends relationships are strong with very likable characters; and the villains mostly come to justice. I love Heather Gray's Regency Refuge Series of novels, and am eager for the next one! (sower aka Colleen S.)
Read more
Helpful
Comment Report abuse

MCL
3.0 out of 5 stars Not the best by this author
June 3, 2015
Format: Kindle EditionVerified Purchase
I've read several books by this author and I hate to say it, but this one is not great. I had a hard time connecting with the female MC. I did like Owen since he'd been introduced in the earlier book, but he wasn't enough to keep me engaged. At the end the characters' relationship is resolved, but not the plot. It was just...weird. And not satisfying. The suspense elements weren't done well enough in this one for the amount of time on the page they get. I have loved every other book I read, this one- just no. Bummer.
Read more
Helpful
Comment Report abuse

One of my favorite aspects of the series is the central mystery of the "War Department" is carried throughout all three books. I love reading the stories of all the spies and how they have been used by the corruption for less than honorable missions. Each book contains pieces to the mystery, but it doesn't get reveled all at once.

Can't wait to read the next book in the series!
Read more
One person found this helpful
Helpful
Comment Report abuse
See all 42 customer reviews
Write a customer review