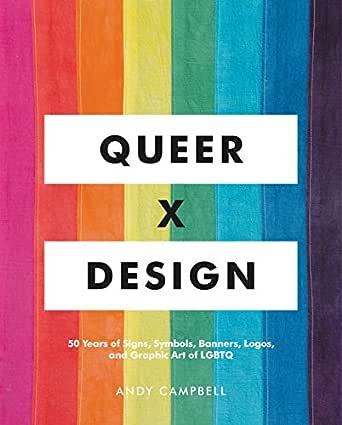 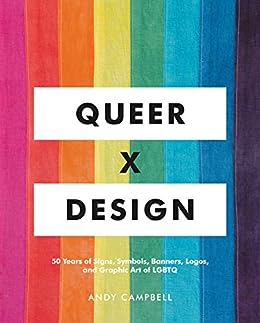 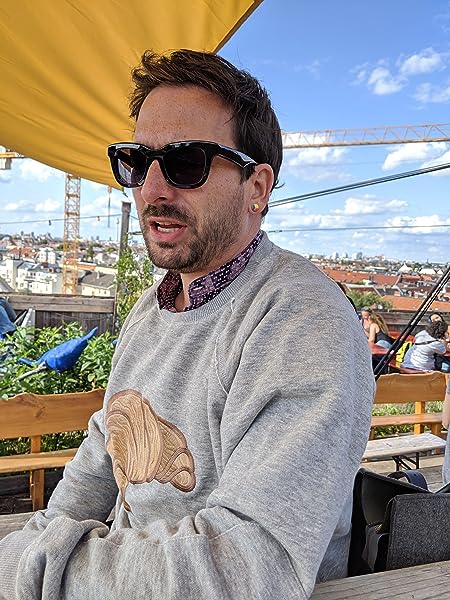 "Since Queer X Design was published, it has become a touchstone for the modern history of the graphic design that accompanies queer movements."―BookRiot

"Sometimes, a rebellion begins with a rebrand. In Queer X Design, the professor Andy Campbell weaves a telling visual tapestry of an emerging L.G.B.T.Q. language and identity."―The New York Times

"This illuminating compendium by art historian and curator Andy Campbell is a deep dive into more than 50 years of the extraordinary art and design that came to represent the LGBTQ movement...Queer X Design is a must-read for anyone interested in the convergence of design, politics, and activism."―Metropolis Magazine

"A beautifully bound, well-researched book that draws a lineage of LGBTQ designs richer than a thousand rainbow Ralph Lauren polos. Campbell's book details an uncut LGBTQ artistry, spanning digital, print, paint, and even ink n' skin work (check out the Phil Sparrow's Tattoo Flash for that good stuff) -- tracing back to the days of pre-liberation and upward into the 21st century."―The Austin Chronicle

"An entertaining, insightful, beautifully illustrated book that explains and celebrates the role of LGBTQ graphic design, and designers, since the Stonewall uprising in 1969 -- a sort of history of LGBTQ life and activism told through our symbols... [Campbell's] writing is insightful and entertaining and always interesting."―A&U Magazine

"A pretty comprehensive illustrated history of the gay rights movement and how it's changed over the years.... Discover the stories behind some of the most memorable symbols of the past five decades."―HeSaid Magazine

"[Queer X Design] is an anthology of our trek from invisibility into Pride and beyond. It's a fascinating record that contains images that also predate the Stonewall rebellion by more than a quarter century... Between the covers of Queer X Design, you'll find photos that delight, artwork that seethes with rage, and images that have united the LGBTQ community in victories and setbacks throughout the struggle for equality."―Metrosource

"An empowering visual history of the iconic symbols and designs that defined many eras of the LGBTQ movement."―The Globe and Mail

"Queer X Design highlights and celebrates the many inventive and subversive designs that have helped drive the LGBTQ movement over the years...it's an inspiring and colourful visual history of design harnessed to bring about political and societal change."―CreativeBloq

"A big, bold, and inspiring collection of the visual imagery that both represented and shaped the identity of the LGBTQ movement."―The Advocate --This text refers to the hardcover edition.

Andy Campbell, PhD, is an art historian, critic, and curator. With more than a decade of experience in higher education and museum institutions, Campbell's projects focus on the juncture of identity-based political movement, visual culture, and art's histories. He is currently Assistant Professor of Critical Studies at USC-Roski School of Art and Design.
--This text refers to the hardcover edition.

4.7 out of 5 stars
4.7 out of 5
19 customer ratings
How does Amazon calculate star ratings?
Amazon calculates a product’s star ratings based on a machine learned model instead of a raw data average. The model takes into account factors including the age of a rating, whether the ratings are from verified purchasers, and factors that establish reviewer trustworthiness.
Top Reviews

Phunny2
5.0 out of 5 stars Well done.
Reviewed in the United States on June 19, 2019
Verified Purchase
Well written and well researched. Highly recommend. I have given it as a gift.
Read more
Helpful
Comment Report abuse

AustinLonghorn
5.0 out of 5 stars Great book about our history
Reviewed in the United States on July 18, 2020
Verified Purchase
Loved this book about the art and signs of the gay movement over time, which is really kind of a history of the movement. Comprehensive but easy to read with lots of great pictures and graphics. Highly recommend.
Read more
Helpful
Comment Report abuse

Kim
1.0 out of 5 stars Lesbians Ignored Again
Reviewed in the United States on June 3, 2019
I was about to purchase this book after hearing Andy on NPR, however, after a look at the Table of Contents, I noticed there was little, if any, coverage of the many lesbian organizations with art as social commentary such as the Lesbian Avengers/Dyke March, Queer Nation, Gran Fury, ACT-UP Women (remember the Clavin Klein ad?) and I'm sure others I failed to mention here. What about the "Absolutely Out" ads plastered all over NYC in the early 90s?
Read more
18 people found this helpful
Helpful
Comment Report abuse

David Jones
5.0 out of 5 stars A Very Thoughful Queer Image Survey Full of Surprises
Reviewed in the United States on June 6, 2019
I really LOVE this book and want to recommend it to all folks who are interested in LGBTQ visual symbols. Andy Campbell's selections here are really well researched and full of surprises. For myself, someone who feels like I know a fair amount about LGBTQ visual anthropologies, I was amazed at how many of these symbols and designs I didn't know about and their very interesting histories. I also really appreciate the way this book feels and looks. As a bookseller by trade, I see a lot of materials and really get off on when a book's weight feels right as well as looks as good as this one. This book would make a great gift for anyone during PRIDE season especially this year to celebrate the 50th anniversary of the Stonewall Riots. Pick up a copy at your local bookstore and support the independent retailers that survive stocking great books like this!
Read more
2 people found this helpful
Helpful
Comment Report abuse

Herman M. Winkels Jr.
5.0 out of 5 stars But it
Reviewed in the United States on October 29, 2019
Verified Purchase
Interesting read
Read more
Helpful
Comment Report abuse
See all reviews from the United States