You've subscribed to Queers of La Vista! We will preorder your items within 24 hours of when they become available. When new books are released, we'll charge your default payment method for the lowest price available during the pre-order period.
Update your device or payment method, cancel individual pre-orders or your subscription at
Your Memberships & Subscriptions
There was an error. We were unable to process your subscription due to an error. Please refresh and try again. 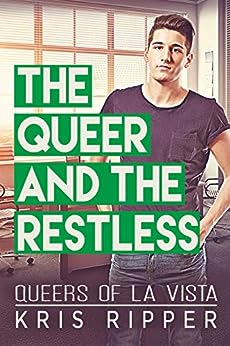 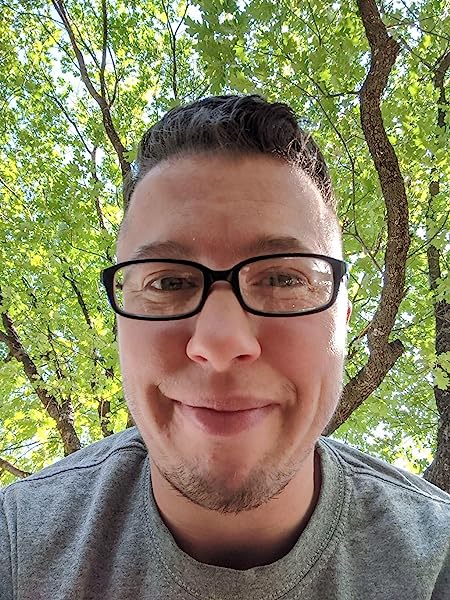 An Amazon Book with Buzz: "Punch Me Up to the Gods" by Brian Broome
"One of the most electrifying, powerful, simply spectacular memoirs I—or you— have ever read." —Augusten Burroughs Learn more
Books In This Series (5 Books)
Complete Series 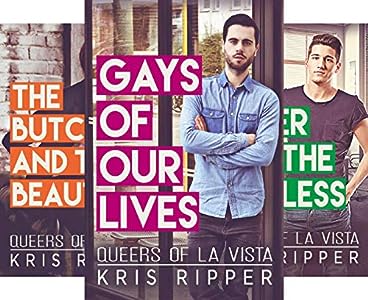 V. Rundell of V's Reads
4.0 out of 5 stars Realistic characters with real problems.
Reviewed in the United States on December 16, 2016
This is the third book in a series, and probably best enjoyed when read in sequence, but it's not mandatory.

Ed Masiello is a trans-man who lives in La Vista, CA, and works for the local newspaper as a low-level reporter. He really wants to write bigger pieces, but he's young and new, and he's stuck with fluff. It's super frustrating because there seems to be a killer stalking the queer community in La Vista, and Ed thinks no one's really making enough fuss. The best info is from an anonymous blogger named Togg, and that person's really making the Queers of La Vista nervous.

While out blowing off steam at Club Fred's, a known queer establishment, Ed bumps into a long-time acquaintance, Alisha. Alisha is fun and flirty and Ed doesn't know how to take it. He's always dated women, but he's been transitioning for a year now, and his parts are changing due to the hormonal supplementation. Is he a novelty to Alisha, who he knows is lesbian? Or, is Alisha attracted to Ed as a man?

They begin dating and it's cool. Ed feels like this is great. A beautiful woman likes him, and they have satisfying sexytimes. Thing is, Alisha wants her life to be a grand adventure. Ed's afraid to request time off from his job to travel. Plus, he's getting super caught up in the investigation surrounding the La Vista killer--Ed's the one who connects a seemingly-unrelated murder to the string--and verifies that all the victims were guests at Club Fred's theme night parties. The whole queer community is in an uproar, and Ed's obsession is having a toll on his budding romance.

I really like this series. It shifts the focus to different members of the queer community that may not have lots of fictional representation. I've read a few transitioning characters before, and Ed's a good one. He's struggling for acceptance on many fronts. His family is hostile to his transition, meanwhile he's "passing" as male to people at work and his roommates--even if they pretty-much think he's gay. Which is a conundrum for Ed. I had a few chuckles with the dude-bro roomies scenes, and their "advice" about dating women. There were some interesting sexytimes and I can only trust they are rather realistic, as I've not given a lot of scrutiny to TG persons and their bodies in transition. The author identifies as a trans-man, so that's good enough cred for me.

This book brings the murder-mystery storyline of the series into the forefront. Previous to this we'd only heard of one murder, but the timeline fits as all these stories are not entirely sequential. There are many characters from the previous books brought back into the mix here, as a lot of the story occurs within Ed's social sphere. He's friendly with Jaq and Hannah from Book Two and also Dred from Book One. As killings continue, there's an arrest, but that divides people even more. The accused is a fixture, and someone seemingly trusted by all. I will say, we'll have to wait just a bit longer to find the true culprit. Good thing that Ed figures out the way to happiness is not through chasing smoke trails in the sky, but finding a partner who's there for you, and loves you not only as you are, but also as you will be. I received a review copy of this book via NetGalley.

Heather K (Dentist in my Spare Time)
3.0 out of 5 stars A lot of good here, but it didn't work for me as a romance.
Reviewed in the United States on October 31, 2016
Sometimes I rate a book 3 stars because I just sort of "liked" it overall, or sometimes I rate books 3 stars because there were parts that I really liked and parts that I didn't like so much and they averaged out. The latter is the case with this story.

Kris Ripper did a lot right with this story, including writing a book with a trans male MC in a M/F relationship, which is notable because it is so rare in romance. I really like reading books that expand my horizons, and I think I learn something newish every time I step outside my box in queer romance. Not that this book reads as particularly didactic, but because it brings up issues that I hadn't realized before.

I'd say that this book is queer romance for queer readers. Not that you have to be queer to read and enjoy it (case in point, me), but because it is a book that feels like it was meant for the QUILTBAG community at large.

I also found a few things so be SUPER interesting. I'd never thought about gendered-noun languages and how difficult that must be for a trans person!! It really blew me away. I mean, you aren't just mis-gendering with "her/him" but with so many nouns and adjectives. That's just... insane.

In addition, I also found the sexuality of the MCs to be really fascinating. Alisha considered/considers herself a lesbian and hasn't ever been attracted to a guy... until Ed. Now she has to re-think her terms for herself. Is she still a lesbian if she has a boyfriend? I found it interesting how she relabeled herself just queer only attracted to queer people. Would she be attracted to only trans men or cis men too and why or why not? I wanted to ask Alisha a million questions!

Ed was interesting as well. It must be strange going from having the world view you as a lesbian to as a "straight" person. I was really intrigued by Ed's responses to all of that.

However, the book wasn't completely successful, unfortunately. As in the second Queers of La Vista book. I struggled with the romance. I didn't connect with Alisha at all, and I wish we had gotten inside her head too. She seemed too flighty, too scattered, and I couldn't pin down her personality. I mean, I was happy that she liked Ed for himself, but I feel like that was one of the few qualities that connected them.

Also, I felt like that book was much more focused on the mystery at hand than in the romance. I'm NOT a mystery-lover, and it is irritating me more and more how the mystery keeps building but never gets resolved throughout the series. I really don't like being kept in the dark, and the thought of more and more books where a killer looms and we have to guess who it is, it makes me want to quit the series. There was so much talk about who is dying and why and theories that to see the thread continue into the next book and not get a conclusion is hard for me.

I also thought that the snarky, "I'm better than you" attitude of the MCs towards Ed's housemates was a bit tiresome. Give those guys a break, Ed. They seemed pretty decent, actually. In addition, I can't ignore the fact that the pace dragged at times, and that this book took me days to finish, which is usually not a great sign for me.

I wish this book had been simply a contemporary romance with no mystery involved. I wanted to feel the build-up and sexual tension and CHEMISTRY between Ed and Alisha, which is why I read romance, after all. However, though I might quit this series at this point (especially with a menage book coming up... not my style), I will be looking for more from Kris Ripper in the future. I will also rec this book to my friends who are looking for queer literature that feels real.

araminta
5.0 out of 5 stars Another great book in the Queers of La Vista series
Reviewed in the United Kingdom on November 1, 2016
Verified Purchase
I only discovered this author a few months ago and am now steadily working my way through zir back catalogue of books. The other books I have read so far have been in the M/M genre so I wasn’t quite sure whether this book would be for me.
Fortunately I loved it and here is what I liked about it.
1. The main characters. This wasn’t a surprise as the author is very good at portraying believable and sympathetic protagonists.
2. The book is written in the first person, from Ed’s point of view. I found this particular good because it helped explain the POV of a trans man. I’ve read books with trans characters in them before (Alexis Hall immediately comes to mind) but this is the first time I’ve read one where a trans person is the main character and seeing things from his point of view was really interesting.
3. The murder plot – this has been a running theme throughout the books so far and it really heated up in this one.
4. The romance between Ed and Alisha. Ed lacks confidence and doubts why anyone would be interested in him. Alisha is his soulmate and their budding romance is heart-warming.
5. The humour – despite the horrible murders, there is a vein of humour running through the book.

What I didn’t like – my only complaint about the book was the abrupt ending. Clearly, the next books will continue the story but I was a bit surprised when the book ended as it did.
Read more
Report abuse
See all reviews