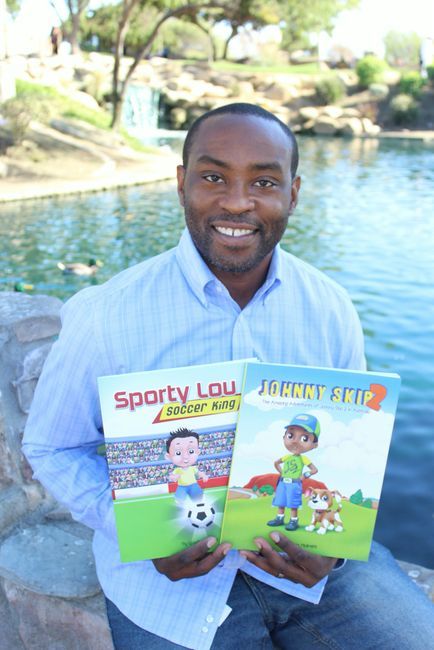 Author, entrepreneur, and brand creator Quentin Holmes (known to his friends as Q) has dedicated his life to empowering the world’s youth through trendsetting literature, media, and fashion. The son of a hardworking father whose career advancement moved the family to nearly every region of the country, Quentin gained exposure to people from a wide range of different social, economic and racial backgrounds. In the end, the family’s economic status was greatly improved and the Holmes children were afforded opportunities that previous generations did not have. Rooted in a family tradition that valued education, Quentin earned a bachelor’s degree in Mass Communication from the University of Michigan. Taking classes and socializing with young people from all over the world enriched Quentin’s already well-rounded perspective of social diversity. Suburbanites, children of farmers, inner city kids, and people from Third World countries were all striving for the same goal of a college degree.

Quentin began to realize that for the students he went to college with, the kids he grew up with, and even for himself, life is not as much about where you’re from as where you’re AT and where you’re going. Drawing on his firsthand experience with young people from a wide range of different social backgrounds, Quentin developed his first brand, At Wear apparel. Since its launch in 2003, the brand has gained national attention; Quentin marketed At Wear for five years and was featured in Slam Magazine, Dime Magazine, Long Beach Press Telegram, BlackVibes.com and the feature film, The Reunion.

Since 2009, the Real Street Kidz Multicultural Book Series has brought a much-needed voice and powerful cultural influence to the preteen book genre (ages 7-12). The life long lessons of hard work leading to success that Quentin learned during his upbringing are beautifully illustrated through his characters. The theme of teamwork echoes at the very heart of the entire series, calling on preteen readers to embrace these indispensable lessons.

Likewise the main characters in Johnny Skip2 and Sporty Lou bring vital multicultural characters to life, but this time for his younger readers (ages 3-6). Both picture books; like their Real Street Kidz predecessor, diligently seek to inspire, embolden, and entertain a brand new generation of children. 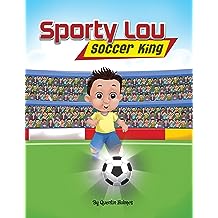 Sporty Lou is a spunky determined kid with a big heart and bigger imagination. At the feet of his ‘mighty dad’, Sporty Lou is taught the basics of soccer. He struggles and falters, but his little body holds a giant heart that won’t back down from a challenge! Cheer along as Sporty Lou’s imagination turns his backyard into a stadium full of roaring fans. Will he ultimately give in or take his first steps towards becoming a true sports legend?
Read more
Other Formats: Hardcover , Paperback 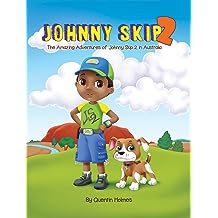 Johnny Skip 2 is a world traveler; a collector of small things, and an adventurer all wrapped up into one little kid. But he needs your help. Come travel with Johnny and his little dog Grounder as they journey to the wonderful land of Australia in search of native muntrie berries. Adding to the adventure is a mother kangaroo that has lost her ‘joey’ and this leads Johnny on a quest to find her. The Johnny Skip 2 adventure offer new sights and colorful Aussie phrases from ‘The Land Down Under.’ Johnny Skip 2 is a great interactive read-a-long that kids will love reading over and over again.
Read more
Other Formats: Hardcover , Paperback 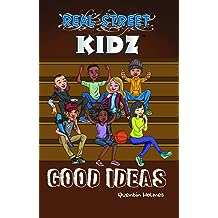 Q, Jazz, Chase, Ginger, Los, Kawena, and Lucky, are the adventure seeking Real Street Kidz.  An extraordinary group of kids who live life in a big way and prove that you’re never too young to make a difference.  During the summer the Real Street Kidz Chased Action and mastered the Art of Authenticity, but with the arrival of a new school semester the RSK are in serious need of Good Ideas.  The kids are immediately faced with frustrating challenges from a rigid new school’s “Pilot Program,” that includes excessive pop-quizzes, strict dress codes, and a disgusting “healthy choice” menu.  Things really get worse when their old rival Junior puts the entire school in jeopardy with his “Me First” re-election campaign for school president. Q and Jazz decide to run against him to stop Junior’s reckless campaign from ruining the student body, but that’s when things become even worse! The entire school becomes divided and everyone is desperate for an infusion of Good Ideas to help put things back together again. Whose side will the friends choose?  Which side would you choose? Making the wrong choice could cost everyone a lot more than just a school election; it could cost everyone a better world! 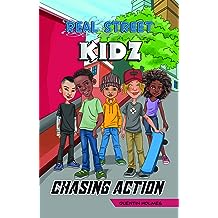 •Easy-to-read, empowering and entertaining stories for preteens (7-to-12 years old)

The Real Street Kidz are Chasing Action! Join Q, Lucky, Los, and Chase -- a diverse group of preteens who must pull together in the face of seemingly insurmountable obstacles--in this unique coming of age story. When rumors fly around Long Beach that Chase, a rising skateboarder, cheated to defeat his former best friend in the Annual Long Beach Skateboard Competition, Chase becomes very determined to get a rematch to prove everyone wrong. But Chase and his new crew must rely on the plans of Q, the new kid, to get an all new skate park at the local neighborhood center for the rematch despite many unforeseen obstacles. Will the Real Street Kidz trust Q's plans? Will they form a tight bond or will their differences tear them apart? Will Chase get his rematch? Join Q and the crew to find out! 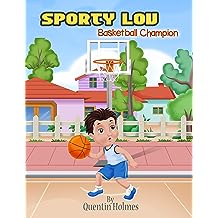 Sporty Lou: Basketball Champion Sep 2, 2019
by Quentin Holmes
$2.99
The Sporty Lou series is for kids 3-to-6-years old who LOVE sports! Sporty Lou is a future sports legend…at least in his imaginary world! In the real world he is being introduced to basketball for the very first time by his patient and mighty dad. Sporty Lou dreams of the day when he will dazzle the crowds and play the game like a true sports legend, but first his dad must teach him the fundamentals of the game. Sporty Lou must learn to pass, dribble, and shoot before his sports dream can ever have a chance to become reality.
Read more 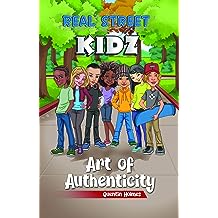 •Easy-to-read, empowering and entertaining stories for preteens (7-to-12 years old)

Q, Chase, Los, and Lucky are back for another big adventure, this time the boys may have more trouble than they can handle! With each boy taking turns telling the story, they are still Chasing Action, when they meet an odd local t-shirt designer named Art. Art is a nice guy, but totally clueless about business. He's about to be put out of business by a ruthless designer named Shyne O.C. The boys attempt to help Art save his business but are soon faced with one of the biggest decisions they've ever had to make... be themselves and probably lose, or be like Shyne and win. The boys won't be able to do anything alone, this time they enlist the help of Jazz...and her friends! Find out whether the kids can put aside their differences and save the day, or learn the lesson that true victory comes by being yourself!