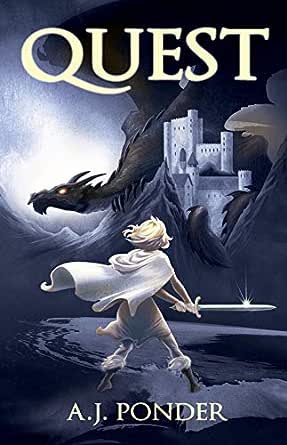 You've subscribed to The Sylvalla Chronicles! We will preorder your items within 24 hours of when they become available. When new books are released, we'll charge your default payment method for the lowest price available during the pre-order period.
Update your device or payment method, cancel individual pre-orders or your subscription at
Your Memberships & Subscriptions
There was an error. We were unable to process your subscription due to an error. Please refresh and try again. 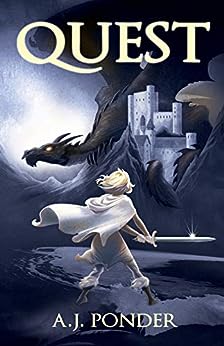 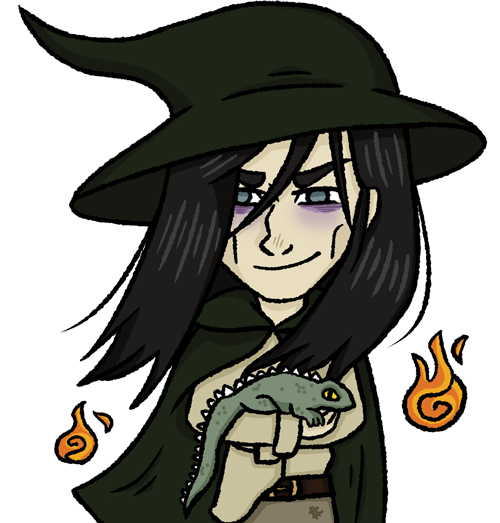 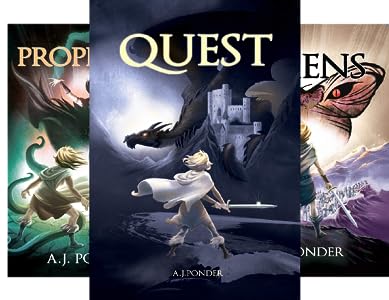 "...when I chose this little gem to review, I was secretly wanting to betaken back to the days of magic, the mischief that magicians andsorcerers would get up to, princesses and princes, dragons, silly storylines. And this sure delivered. Reminiscent of The Princess Bride...."
Felicity Murray - The Reader, Booksellers NZ blog
.
"The ending was surprising and it has me hooked for the next one. Quest is for everyone who loves fantasy, adventure, humour, and somethingslightly different. It is a wonderful book, unlike any I have readbefore. I thoroughly recommend it. However, be careful: if you go outlooking for adventure and it finds you, you'd better be prepared."
Denika Mead - Hooked on Books
.
"epic [with] dramatic escape scenes, devious plots, and a final show-down of David and Goliath proportions...Full of great characters and wonderful plot twists, Quest is a book you'll want to pass around all the family."
Lee Murray- SpecFicNZ --This text refers to an alternate kindle_edition edition.

4.0 out of 5 stars
4 out of 5
14 global ratings
How are ratings calculated?
To calculate the overall star rating and percentage breakdown by star, we don’t use a simple average. Instead, our system considers things like how recent a review is and if the reviewer bought the item on Amazon. It also analyzes reviews to verify trustworthiness.
Top reviews

KEVIN BERRY, AUTHOR
5.0 out of 5 stars A light-hearted fun read
Reviewed in the United States on October 11, 2018
Verified Purchase
The brilliant cover and enticing blurb promised an entertaining story, and it certainly was. A humorous epic fantasy quest with an unusual set of characters that appeals to young readers and adults who've enjoyed Terry Pratchett and similar authors. I was glued to the screen reading this. Looking forward to the rest of the trilogy.
Read more
4 people found this helpful
Helpful
Comment Report abuse

Stephen Wolf
4.0 out of 5 stars Overall fun
Reviewed in the United States on May 22, 2020
Verified Purchase
Overall, a fun tale with a twist of being narrated by a historian who claims to fill in gaps on his own. Some of the humor is a bit forced, but it’s fine most of the time. You meet a cast of characters whose adventures intertwine, though one set didn’t have much impact on the story overall. Some parts felt too easy for the team, but still it was an entertaining read. A certain character towards the end takes over, in a way, and the story would have been better if his role had been fleshed out more through the tale. For a lighter read, give this a try.
Read more
Helpful
Comment Report abuse

Galaxie
5.0 out of 5 stars Move over Terry Pratchett
Reviewed in the United States on October 31, 2019
Verified Purchase
What a brilliant read! The wit! I really enjoyed the story and the characters, but I LOVED the humour and clever prose. Highly recommend
Read more
Helpful
Comment Report abuse

Latrodectus
5.0 out of 5 stars A fun read for both young adults and adults alike
Reviewed in the United States on January 13, 2019
Verified Purchase
This is a great example of a book aimed at the young adult market that has plenty to offer older readers too. That's because the author does not talk down to readers and has a delightfully deft turn of phrase. The pacing certainly kept me engaged and the characters were memorable. Good fun and a good read.
Read more
One person found this helpful
Helpful
Comment Report abuse

Guy Worthey
5.0 out of 5 stars What a hoot!
Reviewed in the United States on January 19, 2019
I loved this. Fantasy humor with a Pythonesque flair and a coherently incoherent plot. This is my first A. J. Ponder book, and I'm glad I took the chance on it. Now, I'm a fan.

Quest is book 1 in a series featuring princess Sylvalla, who starts out young, foolish, wayward, and brave. She desires a Quest with a capital Q and meets an array of quirky men as she quests for the Quest. The characterization is fresh and original. The plot is inventive. The theme requires scant mention in a humor book, but I will say I liked Ponder's treatment of decency and honor. In terms of demerits, yet again, sigh, magic is the deus ex machina that solves the main problem like, well, like magic. I got over my disappointment a page or two later, though, because part of the point of the book was to satirize the fantasy genre, in a loving, good natured way.
Read more
2 people found this helpful
Helpful
Comment Report abuse

Lorraine, New Zealand
4.0 out of 5 stars I enjoyed this
Reviewed in the United States on October 3, 2018
It's good to see this well-known Zealand author is, with this book, writing for an older age group. My nephew loved "Wizards' Guide to Wellington", and I loved it too when I read it to him. "Quest" is, I guess, for young teens up to 'oldies' like me. The characters in "Quest" are well-rounded and fun. The plot is, indeed, very "Princess Bride"-like. I think a young person would gleefully love reading about the sometimes OTT sword-play (one or two times, it scared me!). The heroine, Sylvalla, the feisty princess in search of adventure is doing exactly what I would wish to do. Along the way, she picks up a raggle-taggle bunch of helpers who sometimes (hehe) hinder rather than help our adventure-seeking princess.
I liked the "case files" littered here and there referring to the various characters - It helped me to know them in depth.
At the end of the book there is a great deal of further interesting information about happenings and people (a la Tolkein?), including footnotes.
All in all, a well-rounded work, with an intriguing plotline and dialogue,. There were no editorial mistakes that leapt out at me. Loved the cover art-work.
Read more
2 people found this helpful
Helpful
Comment Report abuse

charlotte.k
5.0 out of 5 stars Fun read in the vein of Princess Bride
Reviewed in the United States on October 30, 2018
Quest was light-hearted fun and a welcome escape from the dire stories that fill our new feeds these days. I loved the plucky Sylvalla and her larger-than-life sidekick/protector Dirk. A fun read.
Read more
2 people found this helpful
Helpful
Comment Report abuse

Tim Jones
5.0 out of 5 stars Fun!
Reviewed in the United States on June 3, 2019
I enjoyed "Quest" a lot! It took me a little while to get my head around all the viewpoint characters, but once I did, it really zooms along - just the thing for an enjoyable read after a busy day! I particularly enjoyed the way "Quest" both obeys the 'rules' of a quest narrative and undercuts them with little notes of realism and social observation. I've just bought Book 2.
Read more
One person found this helpful
Helpful
Comment Report abuse
See all reviews

C Glenn Cupit
2.0 out of 5 stars Reads like gameplay record
Reviewed in Australia on July 17, 2019
Verified Purchase
Very frustrating to read with discursive narrative, stock characters and no character development. Attempts to be funny or clever detract from the sense of a genuine story
Read more
Report abuse
See all reviews