A Question of Command (Yale Library of Military History) and millions of other books are available for Amazon Kindle. Learn more 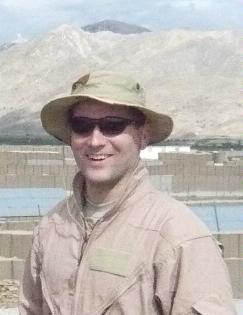 A Question of Command: Counterinsurgency from the Civil War to Iraq (Yale Library of Military History) Paperback – Illustrated, October 26, 2010

"It is rare to read a book which combines academic excellence with such timely advice on a question of national importance.... [Moyar's] perceptive analysis will have enduring value on both sides of the Atlantic for military commanders, policy-makers and historians alike." - General Sir David Richards, RUSI Journal

"Moyar's study of Vietnam -- Triumph Forsaken -- is becoming a classic in counterinsurgency circles. His new case studies -- A Question of Command -- are making it to the desks of top military decision makers." - George Stephanopoulos, ABC News


"By distancing himself from self-professed experts capable only of regurgitating thoughts and assertions made earlier and better... Moyar has done the impossible and provided a third course of action to all counterinsurgency professionals and practitioners." - Adam Strickland, Small Wars Journal


"In this important, well-written, and solidly researched work, respected historian Moyar adds to his impressive record of publication a thoughtful contribution to the counterinsurgency debate.... There is so much that scholars, military personnel, and policy makers can learn from this study." - J. B. Cook, Choice

Mark Moyar is director of research at Orbis Operations and the author of Triumph Forsaken: The Vietnam War, 1954–1965 and Phoenix and the Birds of Prey: Counterinsurgency and Counterterrorism in Vietnam.
Start reading A Question of Command (Yale Library of Military History) on your Kindle in under a minute.

3.8 out of 5 stars
3.8 out of 5
22 global ratings
How are ratings calculated?
To calculate the overall star rating and percentage breakdown by star, we don’t use a simple average. Instead, our system considers things like how recent a review is and if the reviewer bought the item on Amazon. It also analyzes reviews to verify trustworthiness.
Top reviews

Dr.L
5.0 out of 5 stars Excellent Book - Highly Recommended
Reviewed in the United States on September 15, 2013
Verified Purchase
Dr. Mark Moyar's most recent book, "A Question of Command: Counterinsurgency from the Civil War to Iraq," is a must read for any serious student of military history, and, in particular, those who are interested in the realities of counterinsurgency. It is artfully argued, well researched, and written in a manner that engages the reader from the preface to the final chapter.

"A Question of Command" is an outstanding addition to the distinguished, and highly regarded, "Yale Library of Military History." While it is fascinating military history, it is Dr. Moyar's deft presentation of that history that provides the persuasive case for his thesis concerning the criticality of leadership, "Leader-Centric Warfare," to the success, or failure, of counterinsurgency efforts.

Effective leadership is crucial to the success of all human endeavors beyond those involving only individual accomplishment. While recognized as such in "conventional warfare," effective leadership has largely been downplayed, in favor of doctrine and process, in insurgency/counterinsurgency struggles, as well as other forms of irregular armed conflict, specifically, guerilla warfare and terrorism. Since the definitions of these types of conflict are often as varied as the authors that specialize in them, Dr. Moyar, wisely, sidesteps definitional squabbles by relying on the Department of Defense's Dictionary of Military and Associated Terms for authority.

As one who has taught leadership to military and law enforcement audiences for the past twenty years, as well as studied, and being intimately involved with, various forms of irregular armed conflict, over the past fifty years, I was particularly interested in Dr. Moyar's "Ten Attributes of Effective Counterinsurgency Leaders." While I might quibble with some terminology, I found myself in agreement with his, in my opinion unfortunately all too rare, "attributes."

While "A Question of Command" will have wide appeal to those followers of military history, those who who wish to gain insight into the wars in Afghanistan and Iraq, and those intrigued by counterinsurgency, it will receive the most acclaim from experienced military personnel, especially those who have had first hand knowledge of the intricacies of counterinsurgency. However, I might add a word of caution to a very few potential readers.

As with Dr. Moyr's previous outstanding histories, "Phoenix and the Birds of Prey: Counterinsurgency and Counterterrorism in Vietnam," (the later Bison Book edition with a new preface and chapter by the author); and "Triumph Forsaken: The Vietnam War 1954-1965," (an indispensable book that should be on the bookshelf of anyone with an earnest interest in that historic war); "A Question of Command" is a provocative book that challenges the prevailing orthodoxy with regard to counterinsurgency events. As such, Dr. Moyar's works may be unsettling to the intellectually immature who are easily shaken by arguments that threaten their long held, or recently acquired, cherished dogma.
Read more
2 people found this helpful
Helpful
Report abuse

James F. Peil
2.0 out of 5 stars Superficial support
Reviewed in the United States on November 6, 2017
Verified Purchase
All reasonable, but specific case studies support often lacking. How one leader succeeded vs another too generalized. Time mentioned but too vague most of time. Wrong on overall assessment of Grant presidency, must have read some high school history book for conclusion.
Read more
Helpful
Report abuse

Peter Monks
3.0 out of 5 stars Not quite living up to it's promise
Reviewed in the United States on September 8, 2011
Verified Purchase
A quick scan of the first chapter of "A Question of Command" would suggest considerable potential for an original and insightful contribution to COIN theory. Moyer declares that the two most common COIN schools of thought ("population-centric" and "enemy-centric", respectively) are inadequate models to understand insurgency, and suggests instead that insurgencies are ultimately a clash between insurgent and counterinsurgent leadership elites - the most effective leadership cadre will prevail, regardless of efforts to address social/economic concerns or tactical effectiveness against insurgents. Moyar then helpfully offers up ten key attributes by which to measure the effectiveness of counterinsurgent leaders, with the implication that these are different qualities (or at least found and required in different quantities) than those required in more conventional activities. After recently reviewing  Counterinsurgency in Modern Warfare PB (Companion)  and finding the lack of a unifying theme a distracting weakness, this approach offered the promise of providing some real coherent insights.

Unfortunately, however, the nine subsequent case studies and concluding chapter (or "How to Win") do not, despite some insights, do not quite live up to this promise. Firstly, in his case studies Moyar makes relatively little use of his "ten attributes" - his identification of effective leadership at the strategic or operational level often looks markedly similar to successful leadership in more conventional or traditional contexts - combine decentralisation of authority to effective subordinates with effective oversight, energetically pursue the timely execution of plans, etc, etc, while his criteria for identifying effective tactical leaders almost seems to be "reverse engineering" if X was successful, therefore his leadership was the decisive factor (whatever his style or the other factors involved). There is remarkably little discussion of the difference between the creativity vs. flexibility demonstrated by effective leaders, for example, as implied by the first chapter, which had the potential to add considerable interest.

For a theory of COIN that revolves around a clash of leadership elites, there is relatively little discussion of the leadership qualities (or indeed, the defining characteristics and differences in each insurgency considered) demonstrated by insurgents or their effects. The narrow selection of case studies have helped support some of the authors pre-conceived views, and some of his more contentious assertions (for example, that primacy of command in COIN should always be vested in military personnel and agencies, that civilian agencies are invariably less effective than military, and that effective leadership is far more important that effective political policy) would not be supported so easily from a wider range of case studies. Why, for example, did French tactical success (and indisputably effective leadership) in "The Battle for Algiers" not translate into strategic success if political and social policy is far less relevant?

The concluding chapter does not neatly present a convincing, insightful argument supported by coherent evidence from the rest of the book - again, there is little use of the "ten attributes" as an analytical tool, and the author's conclusions are either relatively banal and obvious or contradictory. I would actually rate this as a 3 1/2 star book if Amazon would let me - there are some interesting insights/observations and provocative arguments, and Moyar's view of insurgency as a clash of leadership elites is worthy of further consideration. However, Moyar hasn't really succeeded in convincing the reader that COIN is "leader-centric" rather than that traditional effective military leadership is a key enabler to a successful COIN strategy, or that his COIN leadership attributes are actually much different from desirable leadership qualities in other military contexts.
Read more
3 people found this helpful
Helpful
Report abuse
See all reviews
Back to top
Get to Know Us
Make Money with Us
Amazon Payment Products
Let Us Help You
EnglishChoose a language for shopping. United StatesChoose a country/region for shopping.
© 1996-2021, Amazon.com, Inc. or its affiliates