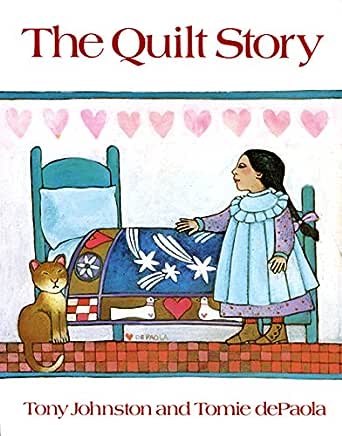 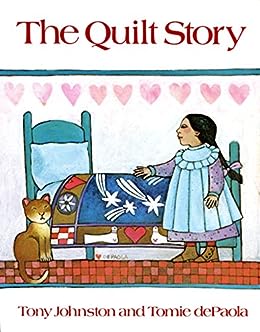 ★"A quilt that provides warmth, fun, and comfort to two different generations is the star of this rich picture book. . . dePaola provides a warm, dignified interpretation of Johnston's story." --Booklist, starred review

"A lovely collaboration of artist and author. . . A treasure." --Children's Book Review Service

Tony Johnston is the award-winning author of more than 100 beloved children’s books. Throughout her career, she has worked at a children's bookstore, taught a course on picture book writing at UCLA, and studied poetry writing for children with Myra Cohn Livingston. Johnston lives with her family in San Marino, California, where she grew up.

Tomie dePaola was born in Meriden, Connecticut, in 1934, to a family of Irish and Italian background. His determination to create books for children led to a BFA from Pratt Institute in Brooklyn, New York, and an MFA from the California College of Arts & Crafts in Oakland, California.

His particular way with color, line, detail, and design have earned him many of the most prestigious awards in his field, among them a Caldecott Honor Award for Strega Nona, the Smithsonian Medal, the Kerlan Award from the University of Minnesota for his "singular attainment in children's literature," the Catholic Library Association's Regina Medal for his "continued distinguished contribution," and the University of Southern Mississippi Medallion. He was also the 1990 United States nominee for the Hans Christian Andersen Medal for illustration, and received the Laura Ingalls Wilder Award for lifetime contribution to children's literature in 2011.

DePaola has published almost 200 children's books in 15 different countries over the past 30 years. Among his most well-known titles are the Strega Nona series, 26 Fairmount Avenue, and The Legend of the Indian Paintbrush.

DePaola lives in an interesting house in New Hampshire with his four dogs. His studio is in a large renovated 200-year-old barn.