Quitters Never Win: My Life in UFC - The American Edition and millions of other books are available for Amazon Kindle. Learn more
Share 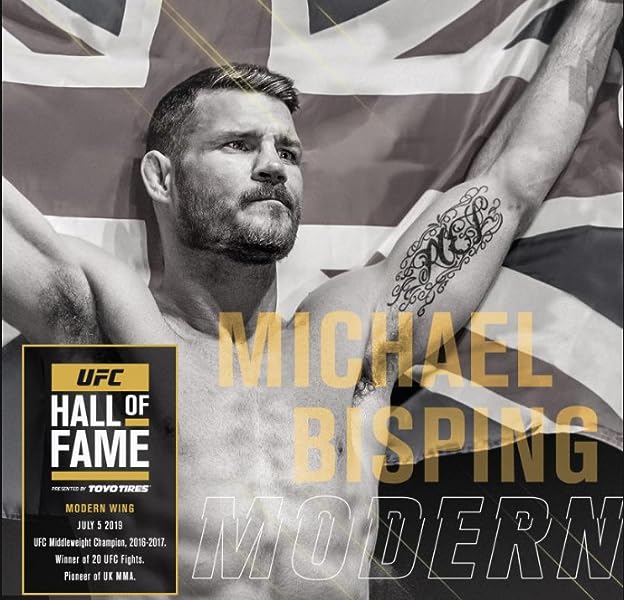 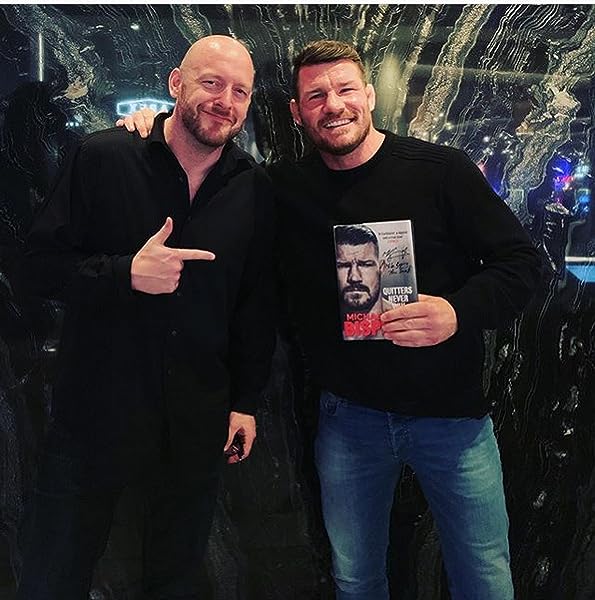 "Quitters Never Win is one of the very best MMA books ever written. I covered Bisping’s career for over a decade and thought I knew his story as one of the all-time greats. But I learned so much about him and his struggles from reading this book. As a fighter, Bisping was tenacious, exciting and always entertaining. The same can be said of his autobiography, which is the perfect behind the scenes look at one of MMA’s true legends.”
––Ariel Helwani, mixed martial arts reporter for ESPN

"Michael Bisping is one of the greatest fighters in UFC history, but he's also one of the most entertaining and interesting figures to ever set foot in the Octagon. Bisping spent a decade entrenched in the most grueling sport on the planet before finally achieving his dream of becoming a UFC champion – he is the absolute embodiment of the claim that 'quitters never win.' This biography gives an unprecedented look at one of the most incredible – and most entertaining – careers the UFC has ever seen."
––John Morgan, lead staff reporter for MMA Junkie, host of The MMA Road Show

“To call Michael Bisping’s UFC career anything other than astonishing is to sell it well short. This book touches every corner of Bisping’s life, and connects it all – the triumphs, the setbacks, the resolve, and the improbable heights at the end – through the crossroads of the cage. If there’s only one thing that can match the heart he showed in his career, it’s his ability to recount it in his own voice. Quitters Never Win underlines why there will never be another Michael Bisping.”
––Chuck Mindenhall, senior writer for The Athletic

“Michael Bisping had one of the all-time great careers in the UFC. You read his autobiography and have to keep reminding yourself the book isn’t a made-up story. Bisping really did these things. All this really did happen.”
––Dave Meltzer, editor of the Wrestling Observer newsletter

“Quitters Never Win is heart-pounding exciting, laugh out loud funny and, at times, simply heartbreaking. As he notes with horrific detail in the book, Bisping has sight problems, but he nevertheless takes a long, unflinching look back on the good, the bad and the ugly of his astonishing Hall of Fame career.”
––Gareth A Davies, boxing correspondent for The Telegraph

“Michael Bisping embraced playing the villain but it is impossible to cast him as the bad guy after reading this autobiography. Bisping tells genuine – and often hilarious – stories from his past as well as the arduous journey he travelled to finally become UFC champion. Bisping was never anything other than authentic during his fight career, and this deep-dive into his life is no different.”
––Damon Martin, reporter for MMAFighting.com

“A thrilling tale of the pride of Britain’s long and winding journey through adversity to the pinnacle of the UFC. Heart wrenching, moving and inspirational; Quitters Never Win is a must-read to truly understand the makings of ‘The Count.’”
––Chisanga Malata, sports reporter for The Daily Star and The Express

Michael Bisping is a UFC Hall of Famer, former UFC middleweight champion of the world, an actor, television presenter and podcaster. During his 13-year career as a professional mixed martial artist, his attacking style and quick-witted personality made him one of the UFC’s biggest stars. He headlined 14 UFC events across the world and battled a who’s who of his era. In June 2016, aged 37, Bisping achieved his childhood dream by becoming the UFC Champion. He was inducted into the UFC Hall of Fame upon his retirement and now serves as an influential color commentator and ESPN analyst. Away from the Octagon Bisping is an actor, television presenter and the co-host of the popular Believe You Me podcast. British by birth, he now lives in California with his wife and three children.

Anthony Evans has been part of the combat sports world all his life. After working as a reporter and media relations expert in boxing, he spent 12 years with the UFC, serving as PR department head and chief of content for UFC Fight Pass. Considered one of MMA’s foremost historians, Anthony also created the modern UFC Hall of Fame. A Sunday Times bestselling author, he has also written for television, radio and over 30 newspapers, magazines and media outlets worldwide. He lives in Las Vegas with his wife and son.

Read more
Start reading Quitters Never Win: My Life in UFC - The American Edition on your Kindle in under a minute.

mr. nobody
5.0 out of 5 stars Well written book with great story inside
August 17, 2019
Format: Kindle EditionVerified Purchase
I have followed Bisping's career in ufc to some extent. This book has so much back story that I had no idea of before. Quitters Never Win made me appreciate Mr. Bisping a lot more. Very well written and enjoyable to read. I especially liked the touch of UK lingo in the book(great homage for Bisping's UK roots. Good also for casual reading in small chunks as there is so many small stories you can spend 15-60 minutes on and get a kick out of it and then continue reading more next day.
Read more
5 people found this helpful
Helpful
Comment Report abuse

Sam
5.0 out of 5 stars Great Book!
November 18, 2019
Format: HardcoverVerified Purchase
I've always been a big fan of Michael Bisping and this book 100% delivers. He is open, honest, candid, and funny! It's a great memoir of a guy who maybe wasn't the most physically talented, but never gave up and eventually became the UFC Middleweight champion.
Read more
4 people found this helpful
Helpful
Comment Report abuse

Mayra
5.0 out of 5 stars One of the best purchases I have ever made thank you!
November 9, 2019
Format: HardcoverVerified Purchase
Thank you! This is one of the greatest things I have in my possession=)
Read more
3 people found this helpful
Helpful
Comment Report abuse

Grace L.
5.0 out of 5 stars Bisping is a legend!
November 3, 2019
Format: HardcoverVerified Purchase
Excellent book to read. I enjoyed getting a glimpse of the legend's personal life and dedication to the sport. To understand his struggles and turmoil his gut wrenching. Readers get to see the softer side with his love for his wife and children. I highly recommend this book.
Read more
3 people found this helpful
Helpful
Comment Report abuse

Mindy Facundo
5.0 out of 5 stars Great read!
February 9, 2020
Format: Kindle EditionVerified Purchase
Excellent book! I’ve watched all of the fights Bisping had in the UFC and it’s great to read his personal insights into his accomplishments as well as his setbacks. His little digs at Rockhold throughout the book were hilarious! Unofficial Strikeforce Middleweight champ lol
Read more
Helpful
Comment Report abuse

Jose
5.0 out of 5 stars Best MMA book out there
July 29, 2019
Format: Kindle EditionVerified Purchase
A lot of MMA books are garbage but Bisping's humorous style and anecdotes carry away. Good job and I still need few words so I can submit this review.
Read more
2 people found this helpful
Helpful
Comment Report abuse
There are 13 customer reviews and 16 customer ratings.
See all 13 customer reviews
Write a customer review