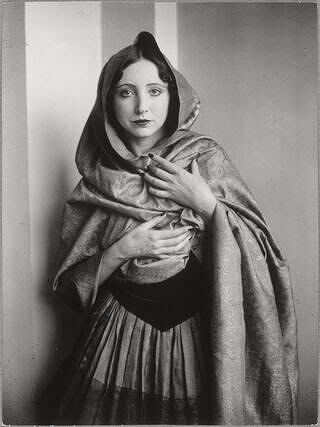 by Anais Nin (Author), Paul Herron (Editor), Ian Hugo (Illustrator) & 0 more
4.8 out of 5 stars 122 ratings
See all formats and editions
Sorry, there was a problem loading this page. Try again.

365 quotations from the work of diarist/novelist Anais Nin (1903-1977). The book is divided into five categories (Lust for Life, Love and Sensuality, Consciousness, Women and Men, Writing and Art) and contains validated citations (book title and page number). Anais Nin's ability to say the unsayable has made her one of the leading inspirational writers whose work has been quoted millions of time. The Quotable Anais Nin collects not only her most popular quotations, but those never published before as well.
Read more
Previous page
Next page

Anais Nin (1903-1977) was one of the 20th century's most innovative and influential writers. When her famous diaries were published beginning in the 1960s, containing portraits of Henry Miller, Otto Rank, Antonin Artaud, Gore Vidal et al., she became an instant celebrity, drawings thousands to her lectures and millions to her books. One of her diaries, Henry and June, was made into a major Hollywood film of the same title (1990), and her Delta of Venus: Erotica was a posthumous bestseller. Because her work contains universal truths and meaning, it is as relevant today as it has ever been.

Anaïs Nin (1903-1977) was born in Paris and aspired at an early age to be a writer. An influential artist and thinker, she wrote primarily fiction until 1964, when her last novel, Collages, was published. She wrote The House of Incest, a prose-poem (1936), three novellas collected in The Winter of Artifice (1939), short stories collected in Under a Glass Bell (1944), and a five-volume continuous novel consisting of Ladders to Fire (1946), Children of the Albatross (1947), The Four-Chambered Heart (1950), A Spy in the House of Love (1954), and Seduction of the Minotaur (1961). These novels were collected as Cities of the Interior (1974). She gained commercial and critical success with the publication of the first volume of her diary (1966); to date, fifteen diary volumes have been published. Her most commercially successful books were her erotica published as Delta of Venus (1977) and Little Birds (1979). Today, her books are appearing digitally, most notably with the anthology The Portable Anais Nin (2011).

Amazon Customer
5.0 out of 5 stars I was named after Anais Nin
Reviewed in the United States on November 4, 2021
Quotations and citations very well organized in an easy to read for first time and to go back to find the ones you wanted to read again. Good book size, easy to carry and love the cover.
Images in this review

Chrissi Sepe
5.0 out of 5 stars A Dream Book For Both Nin Fans And Those Curious About Her
Reviewed in the United States 🇺🇸 on April 1, 2016
Verified Purchase
“The Quotable Anais Nin” is a dream book for every Nin fan. It is a collection of 365 Nin quotes – one for each day of the year. The quotes are compiled from her diaries released many years ago but also from 2013's “Mirages” and the soon-to-be-released “Trapeze,” which was a pleasant surprise!

As I read through the first pages, I quickly became absorbed in Nin's life and fascinating mind as I was reminded of the larger works the quotes are culled from. Once I found myself again swept into Nin's world, I couldn't put the book down.

Nearly daily, I come across Nin's quotes on the web. Some are incredibly Tweet-worthy:

“With a hammer and nails, paint, soap, money, typewriter, cookbook, douche bags, I created a dream.”

Others are so deep, you get lost inside them and feel you are reading a literary novel as opposed to a quotes book:

“You live this, sheltered, in a delicate world, and you believe you are living. Then you read a book...or you take a trip...and you discover that you are not living, that you are hibernating. The symptoms of hibernating are easily detectable: first, restlessness. The second symptom (when hibernating becomes dangerous and might degenerate into death): absence of pleasure. That is all. It appears like an innocuous illness. Monotony, boredom, death. Millions live like this (or die like this) without knowing it. They work in offices. They drive a car. They picnic with their families. They raise children. And then some shock treatment takes place, a person, a book, a song, and it awakens them and saves them from death. Some never awaken.”

Nin was a deep thinker and revolutionary, not only for her time but even for today. It took guts to live as she chose to – not conforming to society's rules according to how a woman is supposed to think, feel and behave. Nin wrote fiction but is primarily remembered for her diaries. Diary writing in general is criticized as self-indulgent, but Nin defends this theory:

“People think this exploration of self is self-centered and selfish, but I notice that whenever I clear up something for myself it quickly affects everyone around me, as if it were a psychic liberation which in turn affects others' conflicts...It is more powerful than the self-sacrifice of the so-called selfless ones.”

Nin wrote her diaries to heal herself, but by doing so, she healed those she cared about in her life and also all of us diary readers in the future. “The Quotable Anais Nin” is not only a satisfying read for those already familiar with her but is the perfect place to start for those just developing an interest for this unique, talented, and forever complex woman.

AF
5.0 out of 5 stars I was named after Anais Nin
Reviewed in the United States 🇺🇸 on November 4, 2021
Verified Purchase
Quotations and citations very well organized in an easy to read for first time and to go back to find the ones you wanted to read again. Good book size, easy to carry and love the cover.
Read more

5.0 out of 5 stars I was named after Anais Nin
By AF on November 4, 2021
Quotations and citations very well organized in an easy to read for first time and to go back to find the ones you wanted to read again. Good book size, easy to carry and love the cover.
Images in this review

Kathy Johnson
5.0 out of 5 stars Amazing
Reviewed in the United States 🇺🇸 on November 13, 2019
Verified Purchase
A fabulous compilation of Anais Nin's best quotes! I am a huge fan, and I find her words inspiring on so many levels. This is a collection of her very best, from her diaries and other writings. If you're a fan, you must have this in your library.
Read more
2 people found this helpful
Helpful
Report abuse

Robin Austin Reed
5.0 out of 5 stars Fantastic! Like reading the mind of a poetic Einstein
Reviewed in the United States 🇺🇸 on March 8, 2018
Verified Purchase
Anais Nin captures what we think, and dare not say. She’s whimsical, wildly honest and in love all at the same time. You can almost HEAR her reflections, as if she’s writing only for herself and you get the inside view of a true artist. Brilliant read.
Read more
One person found this helpful
Helpful
Report abuse

DistortedCupid
5.0 out of 5 stars Love Anais Nin
Reviewed in the United States 🇺🇸 on June 15, 2019
Verified Purchase
Absolutely wonderful. I take this with me everywhere
Read more
One person found this helpful
Helpful
Report abuse

Amazon Customer
5.0 out of 5 stars Great Read
Reviewed in the United States 🇺🇸 on July 1, 2017
Verified Purchase
She's one of my favorite writers, so this book was a must buy for me. Took it on vacation and loved it.
Read more
Helpful
Report abuse
See all reviews