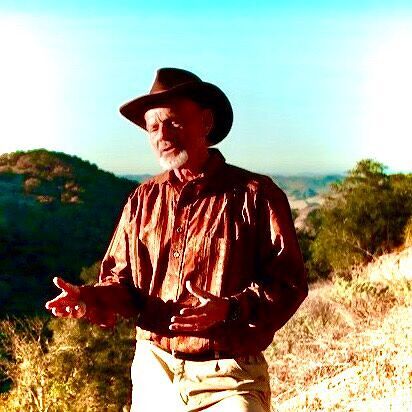 Award-winning author R Lawson Gamble lives and writes in Los Alamos on the Central Coast of California. In addition to his Zack Tolliver, FBI series he published Los Alamos Valley with Arcadia Press and Payu's Journey, an analogical journey through the eyes of Australian animals. An ardent historian, the author appears in a documentary about the bandit Salomon Pico recently aired on Invitation Au Voyage for ARTE Europe.

The Zack Tolliver novels are all crime mystery fiction. Unlike other such series in the Native American category with protagonists in the same location from book to book, Zack and Eagle Feather find themselves in different settings in each new novel––new environments with different cultures, history, and political undercurrents, all of which add to the difficulty of solving this new mystery.

Rest assured, certain features will never change. The reader may expect Zack Tolliver and Eagle Feather in every story. The relatives, associates, and friends will not change, but might not necessarily make an appearance. There is always a crime (usually a murder), a mystery, police procedures to a larger or lesser degree, lots of action, suspense, accurate well-researched history, accurate topography, Native Americans (not always of the same nation), and an element of mysticism and/or paranormal. 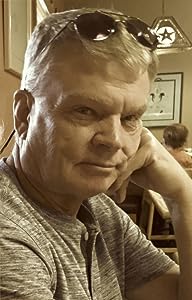 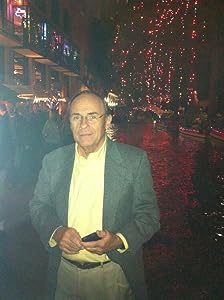 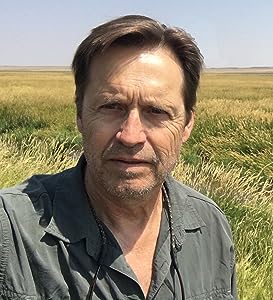 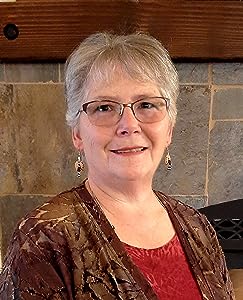 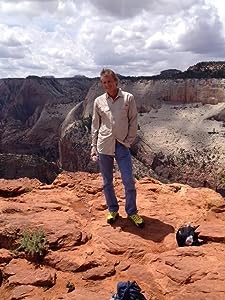 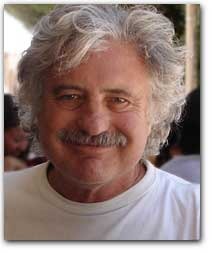 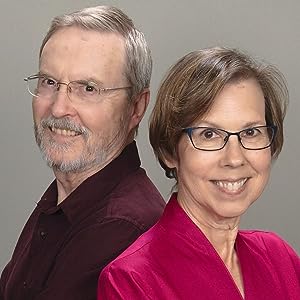 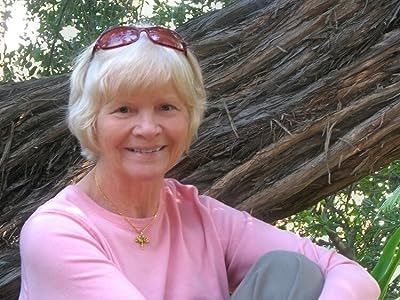 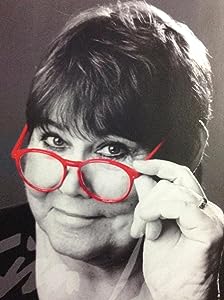 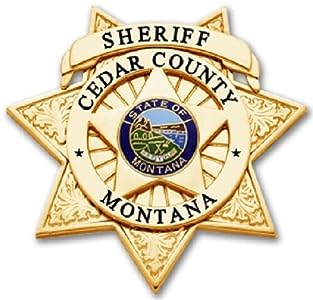 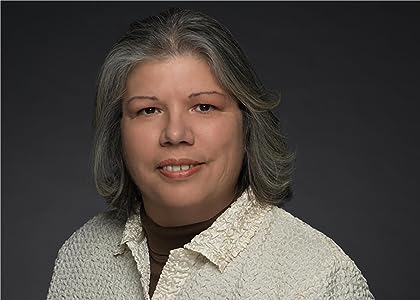 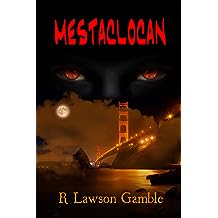 Mestaclocan (Zack Tolliver, FBI Book 2) Sep 2, 2013
by R Lawson Gamble
( 172 )
$3.99
When an early morning call from San Francisco brings news of yet another murder victim, her throat ravaged as if by an animal, FBI Agent Zack Tolliver travels to San Francisco to advise his old friend Homicide Detective Marty O'bannon in his search for the killer. But what he discovers ultimately draws Zack and his friend Eagle Feather into the vortex of a deadly mystery.
Read more
Other Formats: Audible Audiobook , Paperback 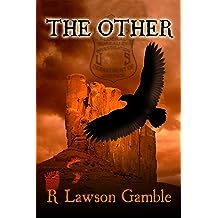 The Other (Zack Tolliver, FBI Book 1) Nov 21, 2013
by R Lawson Gamble
( 244 )
$2.99
The hunters noticed the circling birds against the rose-tinted sky above the rim rock and saw where the flat rays of the early morning sun glinted n something that didn't belong there and the three of them walked that way.
What they find sends FBI agent Zack Tolliver and his friend Eagle Feather in pursuit of a dangerous and powerful killer.
Read more
Other Formats: Audible Audiobook , Paperback 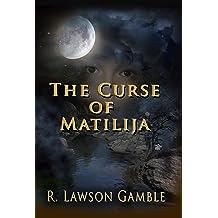 The Curse Of Matilija (Zack Tolliver, FBI Book 9) Jun 30, 2021
by R Lawson Gamble
( 151 )
$3.99
A toxic bacteria, a gang of Mexican drug smugglers, an East European mob, a lethal assassin. Just another day on the job for Zack Tolliver, FBI. But how do you deal with the deadly curse of an ancient Chumash Chief?

After a month of mental and spiritual leave, Janice sends Zack on a simple mission to locate a cave containing an ancient earthen pot known only through the ravings of a delirious and dying man, somewhere in the Matilija Wilderness. To his mind, it is a task beneath his rank. And his partner Eagle Feather is taking a college course and is unavailable. But Zack dutifully travels to Ojai, California, locates a guide, and hikes into the wilderness to find the cave. What he doesn't know it is not just any cave, and not just any pot, for inside it lurks a strange and deadly disease.
Read more
Other Formats: Paperback 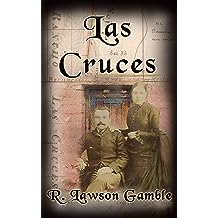 Las Cruces (Zack Tolliver, FBI Book 7) Jul 3, 2019
by R Lawson Gamble
( 111 )
$4.99
They came down from Oregon Territory in 1864 to tend sheep after a narrow escape from an Indian attack, hoping a peaceful life in the verdant valley of Las Cruces, California would heal Pru’s damaged nerves. But violence even beyond that experience awaited them. The couple were found beaten, stabbed, and burned in their cabin. Their murders were never solved. Over 150 years later, Zack Tolliver, FBI is called to investigate the murder of a woman found burnt beyond recognition at the same murder site, with strange metal bands fused to her as if from a hoop skirt. Was history repeating itself?
Read more
Other Formats: Paperback 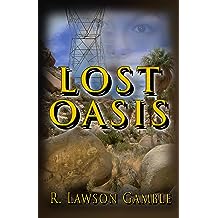 Lost Oasis (Zack Tolliver, FBI Book 8) Jun 1, 2020
by R Lawson Gamble
( 185 )
$4.99
Modern science and high technology come up against deeply rooted cultures and ancient rituals in this Zack Tolliver, FBI, story, where the Eagle Mountains are surrounded by the Goblin rocks and barren flats of Joshua Tree National Park. A world-class scientist goes missing while consulting for a design team constructing a huge electric storage battery from the deserted pits of the old Kaiser Iron mines. Did this eccentric world-renown hydrologist simply wander off? Or was his fate more ominous? The project moves ahead, but FBI Supervisory Agent Janice Hooper asks Zack to take a look. When someone plants a bomb in his Jeep the day he arrives, Zack realizes there is something more at stake. Soon he finds himself in a desperate duel with an unknown assassin who may very well be more than his match.
Read more
Other Formats: Audible Audiobook , Paperback 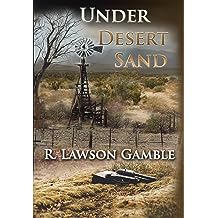 Under Desert Sand (Zack Tolliver, FBI Book 5) May 5, 2017
by R Lawson Gamble
( 137 )
$4.99
Faced with a suspicious murder/suicide in the Mojave Desert, Zack Tolliver, FBI and Eagle Feather must determine what crime was actually committed and solve it under increasing threat from persons unknown. They need clues, but the desert sand leaves no trace.
This fifth novel of the Zack Tolliver, FBI series, contains all the elements of an suspenseful crime mystery: lost treasure, romance, a western gunfight, a perplexing mystery, and of course murder, cloaked ancient Indian myths.
Read more
Other Formats: Paperback 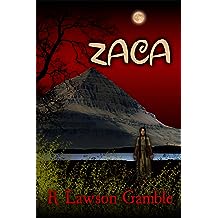 ZACA (Zack Tolliver, FBI Book 3) Jun 12, 2015
by R Lawson Gamble
( 110 )
$4.99
A farm worker disappears, another takes his place, the numbers stay the same but Rancher Rufus Reyes isn’t fooled. His operation is small and he knows everyone. Then a worker disappears and no one replaces him. The man’s wife is hysterical, but won’t talk about it. Reyes knows he needs help, He enlists Zack Tolliver.
Read more
Other Formats: Audible Audiobook , Paperback 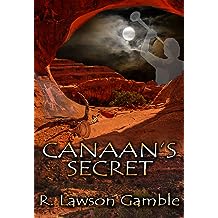 CANAAN'S SECRET (Zack Tolliver, FBI Book 6) May 29, 2018
by R. Lawson Gamble
( 106 )
$4.99
Zack Tolliver left the Federal Bureau of Investigation to spend more time with his family. He is at home when Libby's sister calls, worried about her daughter Pru in the wake of the horrific murder of a high school classmate. Libby goes to Kanab, Utah, to offer support. She discovers Pru's life is indeed in danger. Zack investigates and learns the murder may be tied to old bones in a hidden cave on the summit of Canaan Mountain. He goes to Kanab to join Libby and begins an investigation that leads from a single murder to a much larger conspiracy.
Read more
Other Formats: Audible Audiobook , Paperback 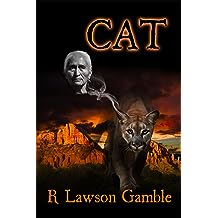 CAT (Zack Tolliver, FBI Book 4) Apr 21, 2016
by R Lawson Gamble
( 161 )
$4.99
Zack Tolliver, FBI, rushes home to Tuba City, Arizona after he learns his friend Eagle Feather was attacked by a mountain lion and the Navajo guide's client is seriously injured. Zack knows the only cure for his friend's guilt is to hunt the cat down. But he quickly learns this is no ordinary animal, and it will be no ordinary hunt.
Read more
Other Formats: Audible Audiobook , Paperback 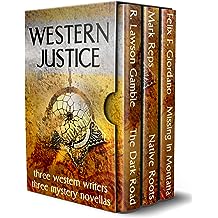 Western Justice: Three Western Writers - Three Mystery Novellas Oct 14, 2018
by Mark Reps, R. Lawson Gamble, Felix F. Giordano
( 390 )
$0.00
Looking for a great new mystery series? You’ve come to the right place. Three western writers begin their journeys with tales of wide-open skies, death in the dust, Native American mysticism, greed, lust, friendship, and honor. Law enforcement agents and Native American players partner and sometimes clash on the unpredictable path toward truth and justice. R. Lawson Gamble - THE DARK ROAD - Zack Tolliver is a newly minted FBI agent assigned to the Four Corners Indian Affairs FBI liaison team on the Navajo Reservation. Raised in eastern suburbia, he is dropped into a strange land and culture where he is immediately assigned to a missing person case that may have links to sheep mutilation and a murder. A total novice in all areas of his experience, he must rely on the Navajo men with whom he is partnered, one of whom will one day become his best friend and mentor. This novella is a prequel to the Zack Tolliver, FBI, Mystery Series. Mark Reps - NATIVE ROOTS – Zeb Hanks is a modern lawman, but he had to start somewhere. This two-part novella explores Zeb’s roots as a young man and his early law enforcement career as a border patrol agent and Tucson policeman. A mysterious beating, illegal immigrants crossing the border, and a brush with the jaded world of politics mesh together to teach Zeb the meaning of justice, western style. This novella is a prequel to the Zeb Hanks Mystery Series. Felix F. Giordano - MISSING IN MONTANA - Axe Killian was a Knuckle Dragger, ex-military now undercover FBI with a Harley, an attitude, and a secret. When he stumbles upon a five-year old cold case abduction, his past coaxes him to accept the assignment. As he closes in on the missing, mixed-blood Blackfeet teenage girl, she would not only change who he was, but who he would become. This novella is an introduction to the Jim Buchanan Series, set in Montana.
Read more 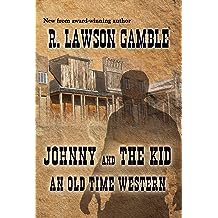 Johnny And The Kid: An Old Time Western (Johnny Alias Book 1) Dec 15, 2019
by R Lawson Gamble
( 18 )
$2.99
His pa died from snakebite when he was four. It was just him and his ma until Ike Sanders came to Deep Water. Most riders drifted away after a day or two but Ike stayed on. He invested in the town, started a newspaper and took an interest in Johnny. When Johnny was fifteen Ike hired him on as an apprentice, and ma stopped working at the Lucky 7 Saloon each time a cattle drive came through. Life was pleasant. Then The Kid came to town and everything changed. A long-ago secret connected Ike and The Kid, a secret the feared gunfighter wasn't about to let go.
Read more
Other Formats: Paperback 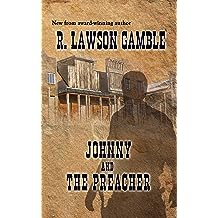 Johnny And The Preacher (Johnny Alias Book 2) Nov 1, 2020
by R Lawson Gamble
( 6 )
$2.99
Johnny’s on the run; not from the law, but from the gunslingers who want to try their skills against him. He needs a place to lie low. Where better than the idyllic town of Hebron where everybody attends church and the Preacher is the highest authority?
Read more
Other Formats: Paperback