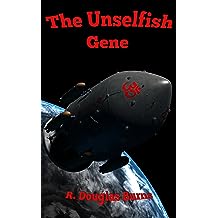 The Unselfish Gene Dec 4, 2012
by R. Douglas Burns
( 10 )
$4.99
In the mid-21st Century, Ding-Dang Fever, a mutated version of avian influenza, has killed billions outright and turned remaining humans into staggering, rabid zombies. Only a few thousand uninfected humans are left alive on Earth.

But thanks to rigorous quarantine efforts, Lunar Colony residents were spared the plague. But the lunar settlers have their own issues. Their DNA has been damaged by radiation and the healthy gene pool is shrinking. The colony was also dependent upon regular shipments of essential industrial goods and pharmaceuticals from Earth.

In a last ditch effort to save the colony, and with it the survival of the human species, colony leaders decide to exhaust remaining resources to build the Anita, a nuclear-bomb propelled space ship the size of an ocean-going aircraft carrier. The goal is to land the Anita in the center of Dallas, Texas, and retrieve frozen human sperm and ovum to rebuild the lunar gene pool, as well as salvage thousands of tons of supplies.

But before the Anita is finished, a comet is discovered to be on a collision course with Earth. The Anita’s preparation is moved ahead of schedule so as to complete the mission before the Earth’s biosphere is destroyed.

The Anita’s crew is prepared for any contingency—battles with zombies, obstruction from the remaining uninfected on Earth, and technical issues with the ship. What they aren’t expecting is psychosis among their own.

This is the second edition of Unselfish Gene, updated with a bit more accurate scientific information about the nuclear-pulse ship featured in this novel. This was thanks to help from Dr. Rhys Taylor, astrophysicist at Arecibo Observatory in Puerto Rico, where he is studying the gas and dark matter content of nearby galaxies. Rhys’ hobby is 3D rendering, and he also created the cover art for this new edition.

Though I’ve tried to prevent the nuts-and-bolts of the science behind the novel from intruding on the plot, the author believes even ‘lite’ science fiction should be based on sound science.

The eleven pen-and-ink interior illustrations are by Richard Lee, a San Francisco based artist.
Read more
Other Formats: Paperback 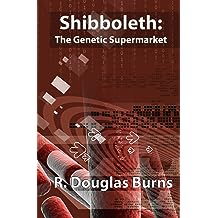 Shibboleth: The Genetic Supermarket Dec 4, 2012
by R. Douglas Burns
( 2 )
$2.99
Propaganda cartoon artist Greg Kaplan is an Everyman
of the mid-21st Century. He struggles to maintain his legally prescribed anti-schizophrenic medication levels, deal with an unfaithful wife, care for a baby with birth defects, and get financing for recombinant genetic therapy. But his life becomes complicated when he is assigned to develop a propaganda comic for the Methuselah Institute, which has allegedly developed a gene therapy conferring immortality.

At first, it seems like a plum of an assignment, even though it involves traveling to a fundy part of the state. Kaplan’s beautiful but eccentric co-worker and talented bubble scriptwriter, Karla Picard, has been assigned to travel with him, and after years of keeping him at a platonic distance, she now wants to take their relationship beyond friendly co-worker status. But the Methuselah Institute turns out not to be what it first seemed. In fact, the scientists may not even be completely human.
Read more
Other Formats: Paperback 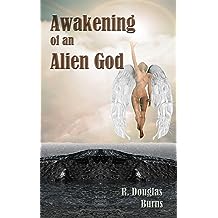 Awakening of an Alien God

In the third installment of the Messengers trilogy, Laura Jacobsen and Bryan Douglas seek access to the archangel’s leviathan flying saucer, still partially submerged in Lost Lake. They have learned the angel saucer is a portal to the remote astral planes, and they hope to search these planes for their lost undead lovers, John Wright and Suzanne Zimmerman.

Laura and Bryan eventually find much more than lost loves, much more they could have imagined, including revelations into the true nature of reality.

As I befriend the Dead

Marguerite, a human/angel hybrid is also on a quest. She has lost her flying companion, May Tyre, to a terrible accident. As she seeks a way to resurrect May, Marguerite’s human memories begin to return, and she realizes she made a terrible mistake when she merged with the archangel Azazel to gain immortality.

Of Wars on Planes Beyond My Ken

Major Karl Minor is on a mission as well, to investigate an object in Lost Lake that in aerial reconnaissance photos looks like a huge flying saucer. The official word is the artifact really some kind of hoax fabricated by the citizens of Creedance. But if Minor finds differently, his orders are to destroy it by whatever means he can.

Minor believes he’s on a fool’s mission, as his military career is all but defunct. His personal life is a train wreck too, and at times, he wonders why he even bothers to keep living. Then he meets the glorious winged female creature at the shores of Lost Lake, and reality is turned inside out. 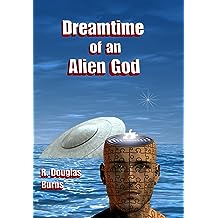 Dreamtime of an Alien God

You Say Undead Love is Harder?
Dreamtime of an Alien God begins where Messengers of an Alien God left off. A giant fertilizer bomb detonated by Sheriff John Wright and retired Army engineer Frank Marshall failed to destroy the archangels' saucer. Worse, the bombing lets loose a flock of angel/human hybrids upon the small town of Creedance, Missouri, and causes, for unexplainable reasons, some of the recently deceased to come back to life.


Kiss My Empty Braincase, and I Die All Over Again
But the resurrected are not brain-eating zombies or vampires; they're the rejuvenated and charismatic undead, and they take living lovers. Things become a bit surreal, both for the living and the undead.

Laura Jacobsen has unique issues. One, she missed out on the first offerings of immortality by not merging with an archangel. She considers a quest to merge with the last remaining archangel – if his sleeping body can be recovered from Lost Lake. Her quest is interrupted as she falls in love with a undead man, not just romantic love, but a heart-pounding, sexual obsession.

Styxian Sue, Oh How You Complete Me
Bryan Douglas has problems too. Not only has Laura dumped him for a dead man, he's found himself involved with an undead lover too. It would be funny, he thinks, if it were not the most intense love he’s ever experienced.

Once More Into the Waters of Illusion, My Love
And then there’s the matter of the boundaries between astral planes being weakened by the presence of the angel saucer in lost lake. No one is sure at any time if they are on the Earthly plane of existence or one of the uncountable astral planes. 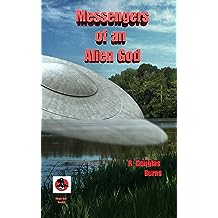 Messengers of an Alien God Sep 10, 2012
by R. Douglas Burns , Linda Anderson
( 4 )
$2.99
The small, backwoods town of Creedance, Missouri, finds itself host to a gargantuan crashed alien saucer and its crew, which happen to resemble Old-Testament angels, beautiful but amorphous creatures who claim no knowledge of any Earth religion.
Coincidental with the crash of the alien saucer, something has knocked all electronic devices, including radios, televisions, car-ignition systems, most telephone systems, power-plant control computers and even digital watches, and of course Internet connections.
The destruction of electronic devices is countrywide, perhaps worldwide. Creedance, because of its rural setting, was isolated before the loss of contact with the outside world and conspiracy theories abound. But local residents are missing. As some begin turning up sexually mutilated or disappearing, a few citizens begin wondering why they have accepted the angels and the official account of the state of emergency at face value. They form an uneasy alliance to discover the truth behind the angel's gentle facades. The citizens' alliance includes:
—Sheriff John Wright, right-wing lawman with marital problems.
—Uncle Robert Jacobsen, resident savant, polyglot, bibliophile and possibly a borderline schizophrenic.
—Sophia Blackstone, muralist, common-law wife to Uncle Robert, and one of the few educated Afro-Americans in town.
—Bryan Douglas, one-time philosophy major, one-time English major, one-time journalism major and college dropout, currently a career woodcutter.
—Laura Jacobsen, Uncle Robert's sexually manipulative niece.
—Doctor Charles Jenkins, reformed alcoholic and country doctor.
As more residents disappear, the alliance finds clues to the true Lovecraftian nature of the angels. What they learn is a shock to all concerned, including the angels.
Read more
Other Formats: Paperback