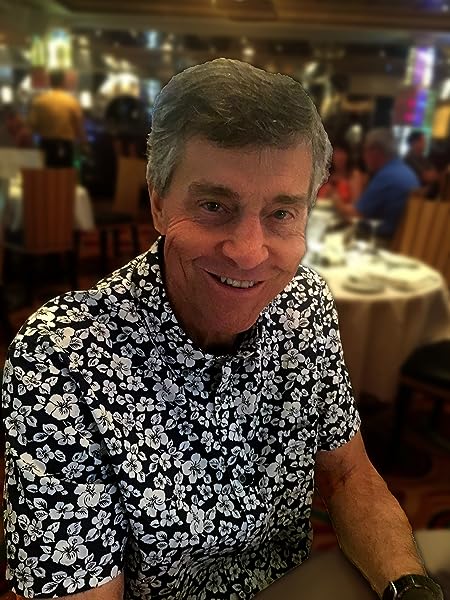 Get to know the author:

My wife Melody and I are avid movie buffs. That is one reason that I have made many movie references in my book Standing Tall and Looking Good. We have ten grandchildren, which means that many of our movie choices these days include the names Moana, Elsa, and Poppins. My hope with Standing Tall is that the grandchildren will one day read it and find out more about their Poppy (my grandfatherly nick name).

My current project is a memoir of my cancer experience going back to discovery, diagnosis, treatment and survivorship. Most of us have experienced cancer either directly or indirectly through family and friends. I am writing this book to help others who are going through cancer. One of the outcomes of a cancer encounter is a fresh insight into the wonder of the world around us. It does raise the question – why does it take a stark encounter with death’s messenger to open our eyes to the goodness of life? Maybe I’ll pose some answers to that question in this book.

For more about my academic career and life prior to retirement, my current life in Dallas, TX, and the marathons I have run, see my blog posts and a longer bio at http://authors.coskrey-biz.com/zuker. 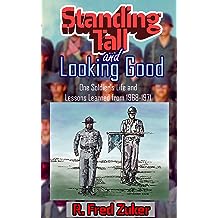 Standing Tall and Looking Good: One Soldier’s Life and Lessons Learned from 1968-1971 (The Zuker Memoirs) Dec 20, 2018
by R. Fred Zuker
( 10 )
$5.99
During the time of the Vietnam War, when his student deferment ended, Zuker enlisted in the United States Army. He attended basic training at Fort Campbell, KY, trained in military intelligence, and was sent to Korea.
His stories of those days will have you marching with his unit to the rhythm of common cadences, struggling through the obstacles on the confidence course, using Kentucky windage to aim a rifle accurately, eating a midnight snack at the mess hall, sitting through class, dealing with a shakedown, and proudly taking the battalion honor company prize.
At subsequent duty stations, he learned bits of spy tradecraft and prepared to destroy classified records if the enemy threatened. His nerdy, military intelligence cohorts’ flag football team played the elite airborne soldiers and his unit’s volleyball team played against the South Korean soldiers that kept guard along the North-South Korean DMZ. He talks about the hooches and parties on an Army base in South Korea. He describes his weeks of required paperwork and military counseling that took place before his wedding in South Korea so he could marry his Korean sweetheart. And of course, there are stories of his work as a soldier in military intelligence.
His insights into the nature and goals of military training and leadership are offered alongside his anecdotes of his life before joining up that, as he says, prepared him for the service life. He talks about growing up in the South during the late 1950s and early 1960s, attending a Catholic high school, lifting weights during the beginning of the steroid craze, and playing football in both high school and college. He talks about his trips while in the Army when he visited the Country Music Hall of Fame in Nashville, TN, attended the celebration of the Emperor’s Birthday in Japan, and watched Sumo wrestling in Japan.
This is Zuker’s story of his days learning to be a soldier and living overseas. A history enthusiast, Zuker wraps his story in the current events of the day, events leading up to and during the Vietnam War, and how those world-changing events affected his immediate activities and continue to influence his life 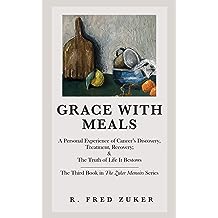 Grace with Meals: A Personal Experience of Cancer’s Discovery, Treatment, Recovery; & The Truth of Life It Bestows (The Zuker Memoirs) Feb 11, 2020
by R. Fred Zuker
( 1 )
$5.99
Fred Zuker is a cancer survivor. This is his story. From the initial discovery of a lump in his throat to the most recent follow-up doctor visit as a survivor, this is a poignant tale told in an upbeat manner filled with humor and practical
how-to advice on the management of cancer treatment and its effect on all involved.

Walk with him through the clinics and halls of one of the world’s great cancer hospitals and share home and work experiences with Zuker as he receives the diagnosis, undergoes months of treatment, suffers side effects, heals, and becomes a cancer survivor.

For Zuker, eating became practically impossible. Imagine a life when food becomes the enemy. For Zuker, this inimical relationship with food was a reality that took time to reverse and that still affects him during meals. As he coped with the cancer treatments, eating became merely a matter of survival with little enjoyment. For Zuker, he has maintained grace throughout.

Additionally, his introspection led to an appreciation of life and all it has to offer. Embracing mindfulness resulted in a richer understanding of what in life really matters.

Today he lives his life with grace. When he was ill, he treated people with grace. And as he lost the ability to taste and found swallowing next to impossible, he handled the challenge with grace. 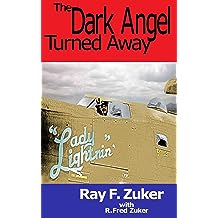 The Dark Angel Turned Away (The Zuker Memoirs) May 15, 2019
by Ray F. Zuker, R. Fred Zuker
( 10 )
$5.99
The second time Ray Zuker came face to face with the imminent prospect of death, his thoughts turned inward to question why he survived the first time in the flak studded skies of Germany, and the effect that experience had on the rest of his life. That same feeling of dread appears again forty years later when the dark angel reappears. Faced with emergency “Triple A” surgery, Ray Zuker at age 64, remembers his 21st bombing mission in August 1944 when he was visited by the feeling of certainty that he would not survive.

Zuker with his son Fred deftly tell the story of how a 21-year-old from farm country in central Michigan became the senior pilot on B-24 and B-17 heavy bombers flying out of Sudbury, Suffolk, England. He wrote a memoir of how his early life prepared him to be a bomber pilot in WWII, how he and his crew managed to survive when so many did not, and how these two important events, separated by forty years, are tied together.

Comments on the first, self-published version of the book include: “Better than a lot of autobiographies of the war I have read. Can’t wait to see the movie.” “Excellent work of literature. Put me in the action of the war and feelings of one American pilot. Great sense of humor exhibited. ‘Tell it like it is’ philosophy made the book crackle with realism. Thanks Ray. I’ll never forget it or you.”