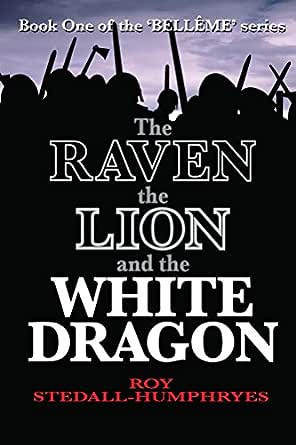 You've subscribed to BELLÊME! We will preorder your items within 24 hours of when they become available. When new books are released, we'll charge your default payment method for the lowest price available during the pre-order period.
Update your device or payment method, cancel individual pre-orders or your subscription at
Your Memberships & Subscriptions
There was an error. We were unable to process your subscription due to an error. Please refresh and try again. 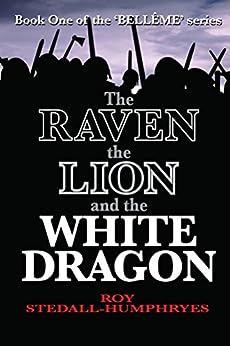 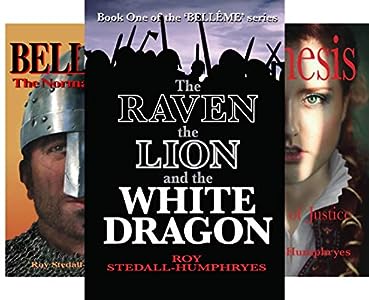 Nancy Kimberlin
4.0 out of 5 starsReading The Raven, The Lion and the White Dragon ...
August 7, 2017
Format: Paperback
Kathleen Isaac
4.0 out of 5 starsMAPS, TOO!
August 2, 2017
Format: Kindle EditionVerified Purchase
Any historical book that starts with a map always has my vote. It shows alevel of scholarship and a desire to have the reader see and understandthe lay of the land as well as the history.

Kathleen Isaac
4.0 out of 5 starsMAPS, TOO!
August 2, 2017
Format: Kindle EditionVerified Purchase
Any historical book that starts with a map always has my vote. It shows alevel of scholarship and a desire to have the reader see and understandthe lay of the land as well as the history.
Helpful

Simon Waltzer
5.0 out of 5 starsThe third in a wounderful trilogy.
May 11, 2017
Format: Paperback
Another fine novel from Mr Humphryes. It covers the years prior to books two and three in the trilogy.

For those who like historical novels based on fact and fiction with a great amount on genuine research you will not be disappointed.

There is enough drama to satisfy and enough humor to make one smile.

There are also some great plot twists within the novel.
- One person found this helpful -
--This text refers to the paperback edition.

I was originally asked, to write the background story to Wulfnoth and Edric Edwinson of Barnstæd who were befriended by Robert de Belléme shortly after the Battle of Hastings. Thus the writing of this novel, 'The Raven the Lion and the White Dragon'. --This text refers to the paperback edition.

An ominous high curved prow gradually emerged out of the swirling mist, revealing a ship bristling with metal helmeted warriors; a recurring spectre of horror along the east coast of Englaland.
"Vikings! Viking raiders!" shouted a shepherd, standing on the bank of the Weolud, his voice cut short by an arrow striking him in the mouth; another thudding into his chest.


"Wake up! Edwin! Wake up! We're on fire! Where is Eadrick? The village is under attack! Vikings!"
"What?" said Edwin rubbing his bleary eyes in the half-light; now hearing the warning church bell.
Suddenly the bell stopped ringing.
"Wake up! Get yourself dressed and find your brother. Move!" His father rushed out of the room.
Edwin dressed rapidly as smoke began to fill the room. Dropping a piece of rag into a bowl of water, he put the stinking wet cloth over his nose and mouth and began a frantic search, shouting for his baby brother.
"EADRICK! EADRICK! EADRICK!"
From the other side of the house he could hear his father also shouting his brother's name. Most of all he could hear his mother's frenzied screams. Screaming for her baby.
Through the ever-increasing heat and smoke the search was becoming impossible. Still he had to carry on and find Eadrick. The ceiling behind him collapsed in flames. Now the whole house began to vibrate and suddenly roof timbers to his left appeared to explode in a ball of fire, falling to the floor in a shower of sparks.
His exposed skin beginning to singe, half blinded by the smoke and fumes Edwin burst out of the main door of the house only to be seized and thrown to the ground.
"Grab ham!" shouted a foreign voice.
Edwin's arms and legs were tied with ropes.
"Han er den siste," shouted another.
Not able see or to wipe his streaming smoke-smarting eyes, he felt every pebble and rock as he was dragged along the road to where others were imprisoned, screaming.
He heard his name and felt a cloth dabbing his eyes.
"Father! Where is Eadrick?" whispered Edwin, now able to see.
"He was nowhere to be found." His father was holding his grief stricken wife, momentarily quietening her by hugging her close to him.
Edwin looked back at their house and bakery. It was now nothing more than a raging inferno.
"Poor Eadrick," he closed his eyes as he tried to imagine his brother's pain.
"Flytte ut! Ta denne varen tilbake til skipet!" came the order.
"Father, what are they saying?"
"I think they're taking us to their ship." --This text refers to the paperback edition.

The old order of King Edward the Confessor's realm is under threat from within and without.From Norway to the east and Normandy to the south.An Anglo-Saxon family flee their home in Mercia to seek safety and fortune in London.They become embroiled in the tumultuous events ofeleventh century England.The author gives the reader a graphic picture of life in Anglo-Saxon England that was to be forever lost after the Battle of Hastings. --This text refers to the paperback edition.

After leaving art college, where Roy Stedall-Humphryes studied art and graphic design, and also photography under the celebrated film director Ken Russell, whose influence still pervades his photographic style, he continued with his art/design studies privately with the Czech sculptor Franta Belsky and his wife Margaret, a noted political cartoonist and illustrator. He then joined a London Advertising agency as graphic designer and typographer before moving towards magazine and newspaper journalism. During this period he worked with boxing promoter, Michael Barrett and produced some of his finest action boxing pictures. His other passion is medieval castle architecture, supplying images to the north London picture agency:
collectionspicturelibrary.co.uk/
collectionspicturelibrary.co.uk/fullview.php?pref=C002-00099

Whilst researching at the British Library into the engineers, and craftsmen who constructed the great fortresses of the British Isles he came across the name Robert de Bellême and was so fascinated by this Norman nobleman, that he felt the story of Robert de Bellême had to be told resulting in his first historical novel, 'BELLÊME The Norman Warrior'.
From that came the sequel, 'NEMESIS In Pursuit of Justice'. But still he felt the story was incomplete. The original Bellême book needed a prequel. Hence, 'The RAVEN the LION and the WHITE DRAGON' was born, a story leading up to the tumultuous events of 1066 that were to change the political face of England forever.

Spain has also held a fascination for him in all its forms from Medieval Castles to Wine, Food, Customs and Music. A selection of these photographs can be seen on Roy's website:
castles-galore.com/
and at Cephas Picture Library:
cephas.com/
cephas.com/Search.aspx?searchtype=adv&contributor=212 --This text refers to the paperback edition.
Read more

Kathleen Isaac
4.0 out of 5 stars MAPS, TOO!
Reviewed in the United States on August 2, 2017
Verified Purchase
Any historical book that starts with a map always has my vote. It shows a level of scholarship and a desire to have the reader see and understand the lay of the land as well as the history.
Read more
Helpful
Comment Report abuse

Nancy Kimberlin
4.0 out of 5 stars Reading The Raven, The Lion and the White Dragon ...
Reviewed in the United States on August 7, 2017
Reading The Raven, The Lion and the White Dragon reveals how much the author Roy Stedall-Humphreys loves the subject of this novel, which is the prequel to two of his other novels in the Belleme series. This novel takes place in eleventh century England or Englaland as it was then called.
I felt the most exciting characters were the twin brothers Wulfnoth and Edric Edwinson, whose lives as soldiers or Housecarls to Earl Harold were filled with adventure, peril, mayhem and of course a little romance.
This novel is a very engaging and realistic adventure.
Read more
Helpful
Comment Report abuse

Simon Waltzer
5.0 out of 5 stars The third in a wounderful trilogy.
Reviewed in the United States on May 11, 2017
Another fine novel from Mr Humphryes. It covers the years prior to books two and three in the trilogy.

For those who like historical novels based on fact and fiction with a great amount on genuine research you will not be disappointed.

There is enough drama to satisfy and enough humor to make one smile.

There are also some great plot twists within the novel.
Read more
One person found this helpful
Helpful
Comment Report abuse
See all reviews