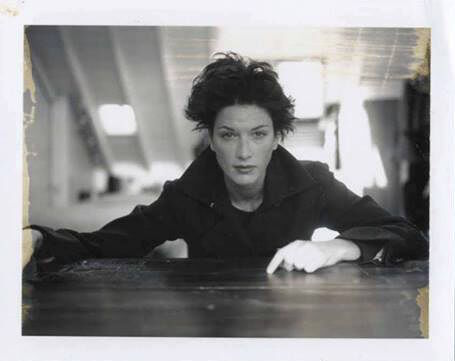 THE RED BENCH: A DESCENT AND ASCENT INTO MADNESS

"In An Instant" by Suzanne Redfearn
A deeply moving story of carrying on even when it seems impossible. | Learn more
click to open popover

"It is the mark of a true poet, a writer for the times, a soul breaking and beckoning love, to be able to take a little slice of the world's darkest tragedies and write them as if they were light. To everyone who would never think to pick up a memoir about mental illness, because everyone should not only pick this memoir up and read it cover to cover, but they should also pass it along to every friend and family member they have." - Nicole Lyons, Author of THE LITHIUM CHRONICLES

"I was always impressed by how courageous a writer Jacqueline is. Keep writing your fine prose." - Mark Blickley, Author of THE SACRED MISFITS

"I am grateful for the courage Jackie gifts others with in sharing her personal journey, tragedies and triumphs. I have shared much of my battle with depression in my writing over the years, but in no way with the poignancy, immediacy, and transparency with which Jackie serves up in this vital biography. I strongly recommend this as a must read for anyone struggling with mental health challenges." - Dennis McHale,  Author of THE WINTER BITES MY BONES

"In "The Red Bench," Jacqueline Cioffa provides a raw, real and painfully honest description of her battles with bipolar disorder. As a clinical psychologist, I have had years of experience as a mental health provider and as an advocate. I can say with assurance that The Red Bench is perhaps the most eloquent first-person account of mental illness I have ever read. Cioffa's narrative is both lyrical and disturbing, showing the full burden of her struggle, while also offering hope and inspiration for brighter days to come." - David T. Susman, PhD
Guest star and interviewee on Finger Lakes News Radio on WAUB Morning News Steve spoke with author Jacqueline Cioffa about her anticipated book release, and raising mental health awareness via @FLNewsRadio
As Seen On Bridge Street:
Auburn Native's New Memoir On Mental Illness
"The Red Bench" is a dark deep and brutally honest portrait of her struggle. "I wanted it to be, besides being a lifeline to sanity for me, it was a message of hope and resilience." - localsyr.com/community/bridge-street/auburn-native-s-new-memoir-on-mental-illness/1892502698


'It doesn't discriminate': Auburn native's third book details mental illness
"There's nobody that (mental illness) excludes. It didn't matter that I worked for the best designers in the world. It didn't matter that I had a lot of money or that I was living in Paris or Milan -- none of that mattered. It doesn't discriminate."  (Megan Ehrhart, The Citizen)
- auburnpub.com/lifestyles/it-doesn-t-discriminate-auburn-native-s-third-book-details/article_01d91293-7000-53bd-926a-b14967e362d0.html

CNY Native Pens Memoir on Being a Model, Living With Bipolar Disorder-
"There are 46 million people living with this disease, and suicide is becoming more and more prevalent in our society," said author Jacqueline Cioffa. "I just want people who may be alone and suffering through this, [to know] there is help."  (Briana Smith, Spectrum News Central New York)
- spectrumlocalnews.com/nys/central-ny/news/2019/04/13/auburn-author-publishes-the-red-bench-
'Red Bench' author on mental health/modeling career by Fox Rochester
May is Mental Health Awareness Month. In recognition of this, we're joined in-studio by author and model Jackie Cioffa. Her book, "The Red Bench," chronicles her modeling career, managing mental illness and how it has affected her life. - Good Day Rochester with Norma Holland
-foxrochester.com/news/good-day-rochester/the-red-bench-author-jackie-cioffa
Rochester in Focus: Author shares her story of mental illness
At some point, one in every four people will face some sort of mental illness or disorder. An upstate New York author, Jackie Cioffa, is one of them. She's sharing her journey to help others in a new book called "The Red Bench." It follows the international model's descent into mental illness and bipolar disorder and how she recovered after a nervous breakdown. - Rochester in Focus.-WHEC TV - whec.com/news/rochester-in-focus-author-shares-her-story-of-mental-illness/5406372/
Former Model Finds Beauty in Survival, Sanity, & Imperfections by bp Magazine
International fashion model, makeup artist to celebs, author, and advocate--Jacqueline Cioffa has done it all. She reflects on her unconventional journey and her struggle to put her life back together after a "manic breakdown." bp Magazine bphope.com/back-chat-jacqueline-cioffa/

Jacqueline Cioffa was an international model for 17 years and celebrity makeup artist. She is a dog lover, crystal collector, and Stone Crab enthusiast. Author of the raw and riveting memoir, "The Red Bench," and the poignant soul-stirring saga, "The Vast Landscape" and "Georgia Pine," Jacqueline's work has also been widely featured in numerous literary magazines, and anthologies. She's a storyteller, observer, truth teller, essayist, potty mouth, beauty enthusiast and film lover who's traveled the world. Living with Manic Depression, she believes passionately in using her voice to advocate and inspire others.

Start reading THE RED BENCH: A DESCENT AND ASCENT INTO MADNESS on your Kindle in under a minute.

4.7 out of 5 stars
4.7 out of 5
12 global ratings
How are ratings calculated?
To calculate the overall star rating and percentage breakdown by star, we don’t use a simple average. Instead, our system considers things like how recent a review is and if the reviewer bought the item on Amazon. It also analyzes reviews to verify trustworthiness.

Mark M. Kukiela
5.0 out of 5 stars Gripping, Raw, Unvarnished view of Mental Illness with Twists of Hope
Reviewed in the United States on April 25, 2019
Verified Purchase
The author takes you on an undulating journey that are the highs and lows of her mental illness and process of coping. Each chapter weaving common mantras into an almost melodic trance for the reader to follow her along on her "walkabout". I laughed, I cried and I found enlightenment in every chapter. BRAVO! The author bravely strips off the veil of mental illness and lays bare her heart and mind for all to see. For those suffering mental illness, you will find a person in this author you can relate to. If you are seeking to understand mental illness, be prepared for the starkness of this account. The author has shared a special gift...I remain entranced by her poetry that threads through each page.
Read more
2 people found this helpful
Helpful
Comment Report abuse

Timothy Quinn
5.0 out of 5 stars A riveting review of a beautiful mind
Reviewed in the United States on April 26, 2019
Verified Purchase
I am a huge fan of Jacqueline, in my opinion she is one of the most fascinating and inspiring people I’ve had the pleasure of knowing. Her prior works are on constant loan from my personal library - I am a huge fan. The Red Bench is in a class by itself. An immersive deep dive into not just her mind , but her amazing soul. Normally I’m a voracious reader - I thought a good weekend at the beach and I would be finished with this latest read- not so. I find myself reviewing and re-reading and LIVING through her powerful writing. Her vivid, intimate words reveal her struggles and life living with bipolar disorder- for me especially touching as I’ve always thought she and I have such similar personalities- what truly separates any of us? Thank you for sharing your beautiful mind with all of us. You are such a gift.
Read more

JLP
5.0 out of 5 stars In a word... WOW!
Reviewed in the United States on April 17, 2019
Verified Purchase
I loved this book. I loved reading her experience, ways she coped and just her personal tragedy to triumph again.
Suffering myself from bipolar disorder, I can't tell you how relatable the book was. This book needs to be read by everyone who suffers with mental illness or love someone with it. This was one of the best if not THE best book, a memoir of her life with bipolar, out today and needs to be read.
Standing O, Jackie.
Read more
One person found this helpful
Helpful
Comment Report abuse

julie empson
5.0 out of 5 stars A Beautiful Mind - Exposed Through the Cracks of Mental Illness
Reviewed in the United States on June 2, 2019
Verified Purchase
Author Jacqueline Cioffa tenderly weaves her brutal battle with mental illness in this must read memoir. Mental Illness carries a stigma of shame because it is not visible on the outside, Cioffa artfully articulates this invisible struggle, bravely exposing the agony and confusion that millions of suffers experience in silence. The Red Bench is truly an excellent read.
Read more
One person found this helpful
Helpful
Comment Report abuse

Kitt O'Malley
5.0 out of 5 stars Beautiful Window into Cioffa’s Mind
Reviewed in the United States on May 29, 2019
Verified Purchase
The Red Bench takes us along Jacqueline Cioffa’s journey of a year struggling with the vagaries of manic depression, or bipolar disorder. She uses poetic prose and metaphor to colorfully convey her experience. I highly recommend you read her novels: THE VAST LANDSCAPE and GEORGIA PINE. Love every word she writes!
Read more
One person found this helpful
Helpful
Comment Report abuse

nyreader
5.0 out of 5 stars Should be a movie!
Reviewed in the United States on August 13, 2019
Verified Purchase
I was so touched by her courage
Read more
Helpful
Comment Report abuse

David Susman PhD
5.0 out of 5 stars The raw and real experience of mental illness
Reviewed in the United States on April 9, 2019
In "The Red Bench," Jacqueline Cioffa provides a raw, real and painfully honest description of her battles with bipolar disorder. As a clinical psychologist, I have had years of experience as a mental health provider and as an advocate. I can say with assurance that The Red Bench is perhaps the most eloquent first-person account of mental illness I have ever read. Cioffa's narrative is both lyrical and disturbing, showing the full burden of her struggle, while also offering hope and inspiration for brighter days to come. I was deeply moved. Highly recommended.
Read more
3 people found this helpful
Helpful
Comment Report abuse
See all reviews