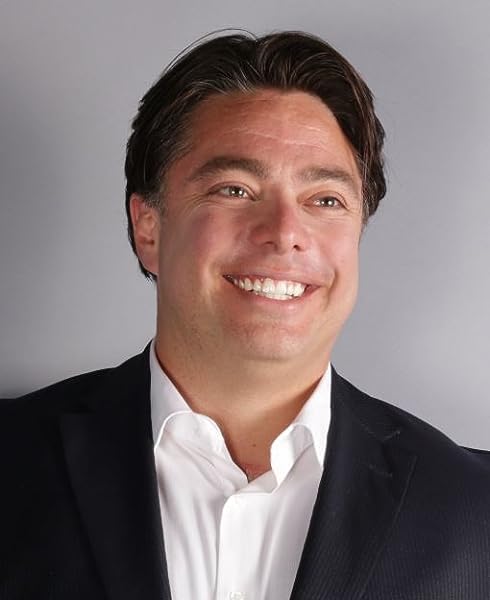 by Mr. Nicholas Shawn Chavez (Author)
5.0 out of 5 stars 11 ratings
See all formats and editions
Sorry, there was a problem loading this page. Try again.

Imagine turning your dental or medical practice into a deca-million-dollar business in the next 36 to 60 months.  This is not impossible; frankly, it is all a matter of following a system.  You're good at that right?  You wouldn't have made it through dental or medical school if you couldn't follow systems well.

The fact is, despite their incredible education, few doctors are taught how to properly market their practice in a consistent and profitable manner that will result in a recurring six-figure-per-month income and, eventually, a multi-million-dollar pay out upon practice sale.

Rich Docs was written by a Harvard educated Internet entrepreneur who had a net worth of more than $40 million by the time he was 27 years old.  Later in his career, he turned his attention toward helping medical and dental professionals succeed and this step-by-step guide is the result of his learnings while working with multi-location practices to master their digital marketing.

In this book you will learn the procedures for perfecting your web presence and acquiring new patients via paid search marketing for the purpose of tripling your current practice revenue with the ultimate goal of a $5 to $12 million dollar exit.

The Amazon Book Review
Book recommendations, author interviews, editors' picks, and more. Read it now.
Start reading RICH DOCS: Triple Your Practice Revenue on your Kindle in under a minute.

Nicholas Chavez is the Managing Director of Digital Goals and the CTO of bitcoinR.

With a technology career spanning over 20 years, Nicholas has built, maintained or implemented applications and electronic marketplaces as a consultant for the U.S. Department of Defense as well as for some of the world's largest corporations such as IBM, Accenture, Dell, Nestle, JP Morgan Chase, PayPal, AIG and KKR.

He began working for IBM as part of his high school's Gifted &amp; Talented program prior to becoming a technology entrepreneur and achieving a net worth of over $40 million before his 28th birthday.

Nicholas is twice degreed from Ivy League institutions having earned his undergraduate and graduate degrees from Harvard University and Brown University respectively.

Wes K
5.0 out of 5 stars Start-up strategy for medical professionals
Reviewed in the United States on December 13, 2019
Verified Purchase
A good read for new doctors and dentists looking to start-up their own practices. Practical advice towards passive income and financial independence. Recommended to friends in the industry.
Read more
One person found this helpful
Helpful
Report abuse

Dean Mignola
5.0 out of 5 stars Fresh Perspective on Positioning and Patient Acquisition
Reviewed in the United States on December 13, 2019
Verified Purchase
I was expecting to get some good ideas from this book. I wasn't expecting the superb writing and the way this book gave me a new perspective on positioning and patient acquisition in the healthcare marketplace. It's an excellent read.
Read more
One person found this helpful
Helpful
Report abuse

Alan Hillsberg
5.0 out of 5 stars Rich Docs - Nicholas Chavez
Reviewed in the United States on February 28, 2020
Verified Purchase
Everything from Nicholas Chavez is well written and well researched. This is an absolute steal at any price, much less $2.99 for the kindle version. Chavez has a style of writing that makes concepts easy to understand and above all, easy to implement. I am glad I was made aware this was available for purchase!
Read more
Helpful
Report abuse

Dennis Oz
5.0 out of 5 stars Make it Happen
Reviewed in the United States on January 15, 2020
Verified Purchase
I strongly recommend you get this book if you really want to increase your revenue with simple and easily applicable information.
Read more
Helpful
Report abuse

JustACustomer1101
5.0 out of 5 stars I want to grow my practice
Reviewed in the United States on December 14, 2019
I'm not a Dr. But the info in this book is going to help me grow my business too . I find it is applicable in multiple ways.
If you need to learn today's marketing techniques in a language the common person will understand, this is the book for you.
And, I enjoyed the learning experience.
Read more
One person found this helpful
Helpful
Report abuse

Abe T.
5.0 out of 5 stars The most important resource for your business
Reviewed in the United States on December 14, 2019
This is the most comprehensive book on client/patient privacy you will ever read. If you’re looking for guidance on how to grow your practice and generate more income- without breaking the law, then you’ve come to the right place. The author is also very engaging, and has a unique ability to explain complicated legal matters in a simple way. Definitely a must have for doctors who own their own practices- or any business that deals with sensitive personal information.
Read more
One person found this helpful
Helpful
Report abuse

Jim r
5.0 out of 5 stars Just buy it already
Reviewed in the United States on January 1, 2020
Great ideas for ethically increasing revenue. I loved this book which was an easy read by a great author!
Read more
One person found this helpful
Helpful
Report abuse

thesamvan
5.0 out of 5 stars Must buy!
Reviewed in the United States on December 13, 2019
Informative, well written, all around good read!
Read more
One person found this helpful
Helpful
Report abuse
See all reviews