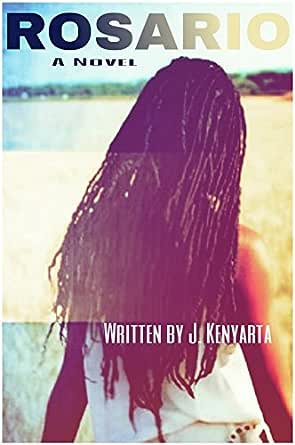 You've subscribed to The Mia Keys Series! We will preorder your items within 24 hours of when they become available. When new books are released, we'll charge your default payment method for the lowest price available during the pre-order period.
Update your device or payment method, cancel individual pre-orders or your subscription at
Your Memberships & Subscriptions
There was an error. We were unable to process your subscription due to an error. Please refresh and try again. 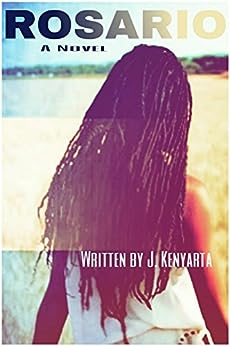 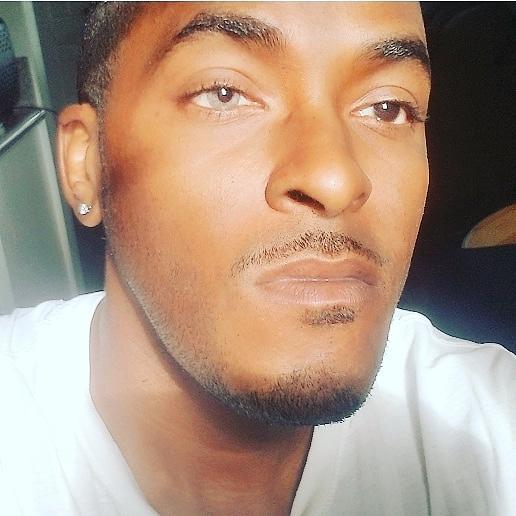 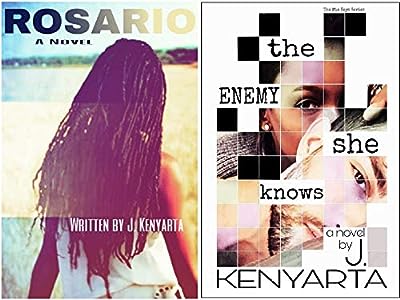 4.6 out of 5 stars
4.6 out of 5
88 global ratings
How are ratings calculated?
To calculate the overall star rating and percentage breakdown by star, we don’t use a simple average. Instead, our system considers things like how recent a review is and if the reviewer bought the item on Amazon. It also analyzes reviews to verify trustworthiness.

Keyandra
5.0 out of 5 stars Rosario by J. Kenyarta (NON-SPOILER REVIEW)
Reviewed in the United States on March 24, 2018
Verified Purchase
I’m going to go ahead and mention this, so you can proceed with giving me a side eye, and a, oh no she didn’t just write that in her review. Cliffhanger with a purpose. What?! I know. I don’t like cliffhangers, and I’ve stated it often; give me a full length, standalone novel, but... Not sure if it was the authors intentions, but this action loaded short story, has this mysterious twist to it that I enjoyed, and, yes, the cliffhanger was necessary. Then again, for some, the way it ended, it will still be satisfying, and could standalone. Me. No. This needs to continue. A better way of stating it, from episode 1/chapter 1, it begun like an hour long pilot to a new show and with each passed minute, in this case, each passing page, you find yourself engaged, then... new episode is in two weeks. Correct, the words I spoke after reading the last page included explicit content.🤬

Mia Priscilla Keys, the female protagonist is: smart (intellectual via books and common sense), witty (sense-of-humor), physically fit (makes we want to rethink my exercise regimen), beautiful (the sistah on the cover, gave a perfect vision of the sistah written), and still, she’s caring (thoughtfulness is inspiring, she’s a teacher; I 💕 educators) however... she’s weak. What?! Now, how could she be both physically fit and weak. Laymen’s term... Mia Keys, is realistic black female character, and I was cheering for her, from page 1, until, to be continued.

The dialogue didn’t seem force feed/written, meaning, it actually seem like words one would speak. Since this is a non-spoiler review, I will stated this... There was a scene, a conversation, it was so accurate, I reread it three times, and once to someone else who agreed with me and the written comment.

The editing, minor mistakes, yes, ‘minor’ to the point... if you’re a fast reader, you will not likely notice them or automatically correct, however, to slow pace readers as I, you will spot them. Still, minor, and NONE took away from the storyline.

I look forward to the next installment (summer 2018), because something tells me, all the unanswered questions and assumptions I have about the female protagonist, her family, and her fiancé, Alejandro, they will be addressed Inglewood swag and not Hollywood glam. Rosario meets Los Angeles, they are more alike than different.
Read more
4 people found this helpful
Helpful
Comment Report abuse

Bayoubabe
4.0 out of 5 stars Never underestimate a humble school teacher!
Reviewed in the United States on March 18, 2018
Verified Purchase
On the outward appearance, Mia Keyes was a mild mannered teacher who abhorred violence. There were secrets she and her fiance Alejandro were keeping from each other that revealed themselves with a bang. Mia turned out to be more of a challenge than the Cordero family anticipated. She could handle her own self defense with no problem at all.

This short story, J. Kenyarta wrote was an action packed suspense story that definitely held my attention. I hate cliffhangers but this story ended with enough of the story being resolved that did not leave me hanging. There was enough of a tease to make me want to read any future additions to the story. I love reading about strong female characters and suspense fits the bill. I want to see how she will handle Gianna and I also want to know what happened to her father. Get to writing J. Kenyarta!
Read more
3 people found this helpful
Helpful
Comment Report abuse

Misscsolo
4.0 out of 5 stars Interesting
Reviewed in the United States on July 20, 2018
Verified Purchase
In life we keep secrets, not to be mean or malicious we just do.  Some secrets are just between good friends and others involve you directly but is it a good thing to keep secrets?  How or when should a secret no longer be a secret?

Mia Keys is a school teacher.  She is quiet and down to earth and doesn't bother anyone.  Mia is trying to make an impact on her students but there is something that hangs over her head from her past that is trying to block her progress.  While leaving work for the holiday Mia comes upon a stranger to her but she is not a stranger to him.  What will she do now?  How does she get out of this situation?

ROSARIO is a novella that is the beginning of a series.  It is a quick read (under 100 pages) and there are questions but you want to know the answer.  It is a good read and I believe the author is going to make this a great series, I can't wait to see what J. Kenyarta has next for us.
Read more
Helpful
Comment Report abuse

Mia Keys. I’m intrigued by her. She’s an educator; she loves kids, and it’s rumored she can defend herself if needed. One day after teaching class, she’s approached by a man claiming to be an old friend of her fiancé. He demands she comes with him due to extenuating circumstances. After being giving no choice but to comply, she agrees to accompany him. During the trip, she learns that her fiancé has been keeping secrets; secrets which have put him in a position that could cost him his life. After more is revealed and Mia arrives to her destination, we learn that her fiancé is being held hostage and she’s tasked with a mission that if completed, would save his life. After Mia observes her surroundings and discerns the predicament she and her fiancé is in, we learn that Mia has been keeping secrets as well. And those secrets allow her to single-handedly foil her fiancé’s captor’s plans and rescue him. As the story ends, we learn there is more to the story as one of the captors contact Mia and remind her there is nowhere she can hide….

The story was great and fast-paced. It seems as though the story was too fast and choppy at times but then I realized this may have been the author’s intent. This is a very short book and it seems there will be more parts released in the future. Thankfully the ending was not a cliffhanger but I was definitely left wanting more of the story. Mia’s character is the driving force in this story and I’m anticipating learning even more about her—more about her background, what drives her, and what makes Mia Keys Mia Keys. I recommend giving Rosario a try for sure. Mia’s story will keep you intrigued and wanting more.
Read more
Helpful
Comment Report abuse
See all reviews