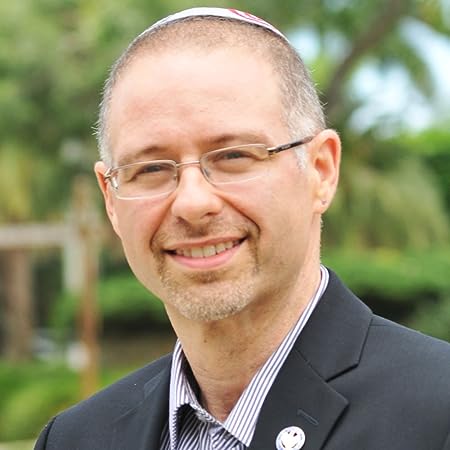 David Paskin, or Rabbi David as he is known, is an accomplished spiritual leader, singer/songwriter, entertainer, Jewish futurist, social activist, award-winning Jewish educator and founding rabbi of OHEL and JYourWay. Prior to moving to Florida, David served as the rabbi and spiritual leader of Temple Beth Abraham in Canton, Massachusetts for seventeen years. David currently serves the Palm Beach and Broward county Jewish communities as a spiritual leader and teacher while spending his summers as Rosh Musica (Music Director) at Camp Ramah Darom in Georgia.

A graduate of Brandeis University (1993) and the Academy for Jewish Religion (2002), David has been working in the Jewish world for over two decades teaching at various religious schools, day schools, and camps around the country. In the Boston area, David served as Music and Judaics Director of Grossman Camp, as Judaic Studies Coordinator of the Rashi School of Greater Boston and as co-head of school at Kehillah Schechter Academy.

David has taught and performed at a number of conferences including the Shefa Network, CAJE, the National JEA Convention, the UAHC Biennial, the United Synagogue Biennial, and USY International Convention. His presentations have focused on prayer and spirituality, Jewish music, and formal and informal Jewish education.

David is a blogger for the Times of Israel and the World Wide Reblog and is a proud contributor to Not By Might: Channeling the Power of Faith to End Gun Violence​. David's first book, The Search for the Sacred was published in the summer of 2016. In 2018, David collaborated with Rabbi Joseph Meszler on his second book: Go and Study: A Pluralistic Guide Through the Jewish Denominations' Torah Commentaries.

In addition to his congregational work, David has taught prayer, music and rabbinics at the Academy for Jewish Religion – a pluralistic rabbinic and cantorial school in Riverdale, NY. For many years David served as an advisor to the Delet/MAT program at Brandeis University and volunteered as a Jewish chaplain at the Dana-Farber Cancer Institute. David is a past-President of the Association of Rabbis and Cantors; past-President of the Canton Clergy Association and a past trustee on the Board of Directors of the National Brain Tumor Society.

Along with his bands Rock Tov and Shirav David has become known as the “Rock n’Roll Rabbi” and has produced six albums of contemporary Jewish music, which are sold by major distributors of Jewish music across the country. His music is a mix of joyful, upbeat tunes and moving liturgical compositions. David’s music is used around the country in religious schools, camps, synagogues and homes. In addition to his Jewish music, in 2004, David produced a cd single entitled, So We Ride in honor of the 10th anniversary of the Brain Tumor Society’s Ride for Research.

Taking advantage of all that the internet has to offer, David has also become the “World Wide Reb." Since 2009, David has offered a regular rebcast entitled, "Reflections of a Rabbi" in addition to other educational videos. All of David's adult education classes are live-streamed at www.rabbidavid.tv and are available on-demand.

After the loss of his second daughter, Liat Chanina, David and his wife Heather founded the Liat Chanina Foundation, a non-profit foundation dedicated to creating and sustaining opportunities for hope and healing. David currently lives with his wife Heather, his daughters Dalia, Ayelet and Naomi, and the memory of his beloved daughter Liat (z’l) in Boca Raton, Florida. 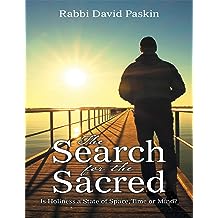 The Search for the Sacred: Is Holiness a State of Space, Time or Mind? Aug 2, 2016
by Rabbi David Paskin
$8.99
Rabbi David Paskin’s The Search for the Sacred is an articulate amplification of the Torah’s command to be holy, to fully BE. How urgently needed this message in today’s increasingly fragile world. How blessed we are to be granted access to this curated collection of wisdom from one of our great teachers!


The search for the sacred has taken people of faith, and those still navigating the waters of belief, far and wide. We have built majestic cathedrals and meditated quietly as we’ve walked on the sea shores. We have found quiet moments in the hustle and bustle of our busy days and religiously attended communal prayer gatherings. In "The Search for the Sacred," David explores the history of this search and how we can continue to find holiness in our lives today.
Read more
Other Formats: Kindle , Paperback