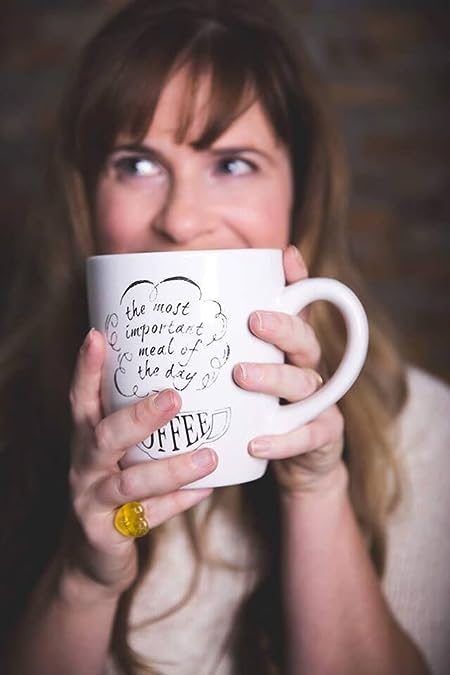 Rachel Caid lives in Missouri with her husband and two sons. She is a self-proclaimed coffee addict with no plans of recovery and is an avid reader of all types of romance. Her day job is very black and white, so she enjoys being able to lose herself in the colorful world of novels; whether it’s reading or writing them. 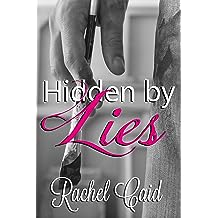 Hidden by Lies May 19, 2017
by Rachel Caid
( 22 )
$3.99
Pearl Abbott
I made a choice.
A single lie that changed everything.
In that moment, my life stopped spinning out of control. Not because I found my way, but because I hit rock bottom. Hard.
Now, I have a second chance. An opportunity to turn my life around and become the woman I’ve been too afraid to embrace. And I’m taking it.
I never thought I would meet him. He challenges me, spurs my desire to show the world that one night will not define who I am.

Roman Evans
When the most beautiful blue-eyed blonde I’d ever seen slammed into me, my world was transformed.
But the universe played a cruel joke and the woman of my dreams is a constant reminder of my nightmares.
I lost someone once. A moment, a single action stole half of who I am. To allow myself to give in to my deepest desires feels like a betrayal and yet I’m drawn to her.
So I lie to the world and ignore my heart until it nearly breaks in two and I can’t take it anymore.
Live in the past or fight for the future?
I made a choice.
Read more
Other Formats: Paperback 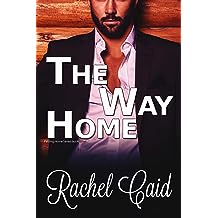 The Way Home (Finding Home Book 3) Sep 27, 2016
by Rachel Caid
( 9 )
$2.99
Emmaline Sanders is head over heels in love. She didn’t expect to meet the man of her dreams while visiting her brother, but she won’t dismiss the chance at her own happily ever after. There’s just one problem - the thousand miles separating them. Phone calls and letters are enough for now, but eventually something will have to change. She wants to wake up to his face every morning.

Peter Johnston knows his love for Emmy is worth every plane trip and stolen weekend, no matter how hard it is. She is everything he’s everything hoped for, even if they are in different time zones, for now. The one thing Pete is certain of is that he needs her in his arms when he goes to sleep.

They can’t live like this forever. After years of building their professional lives, someone will have to leave everything behind to start their new life together. The only question is ... who?
Read more
Other Formats: Paperback 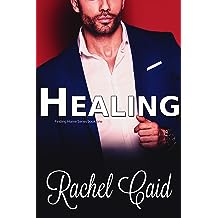 Healing: Finding Home Series book one Aug 14, 2015
by Rachel Caid
( 80 )
$0.99
Single mother Anna Johnston hasn't dated in years and isn't interested in starting now. She’s damaged. She’s untrusting. And she's too busy raising her son and running a business to think about adding another person into the mix.

Noah Evans was tired after years of moving around the country and never feeling at home. His nomadic lifestyle had been fun, but now he wants stability and roots. Without the complications of a relationship.

But one night out changed everything.

The moment Noah's eyes land on Anna, his world shifts, and he is determined to show her how good they could be together. Exhausted from guarding her wounded heart, Anna finds comfort in Noah’s arms. But old ghosts have a way of sneaking up and haunting us, forcing Noah to prove that together they can overcome and heal.
Read more
Other Formats: Paperback 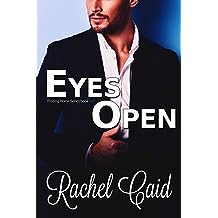 Eyes Open: Finding Home Series Book Two Mar 1, 2016
by Rachel Caid
( 36 )
$2.99
Keep Christine Johnson is enjoying the fruits of her matchmaking labor and seeing her sister happy after years of being alone. now it's Christine's turn, and she's ready to meet someone new, even if her heart still belongs to someone else. But he pushed too hard and forced her to choose between staying blind to the pain of her past and opening her eyes to the truth.


Greg Sanders knows Christine is hiding something from everyone he also knows being just her friend is slowly killing him he misses her touch her passion and the closeness they shared. He can't be with her while she keeps secrets from him and pretends everything is great. Trust and honesty are necessary for him to be all in


No one could predict the violent way the truth would come out. Christine tries to hide her shame and pain behind anger and distance but Craig sees through her he's determined to win her trust and her heart before it's too late.

This is an interconnected standalone book within the Finding Home Series. Due to explicit sex scenes and sensitive subject matter, this book is intended for adults, 18+
Read more
Other Formats: Paperback