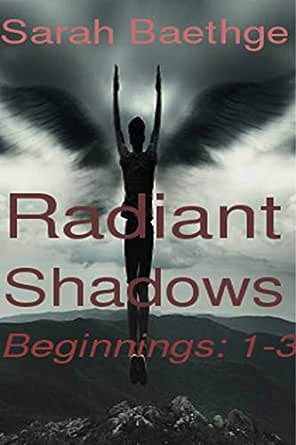 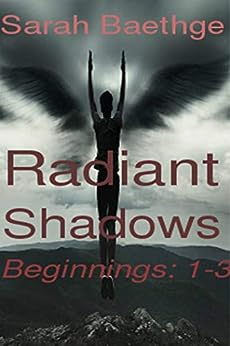 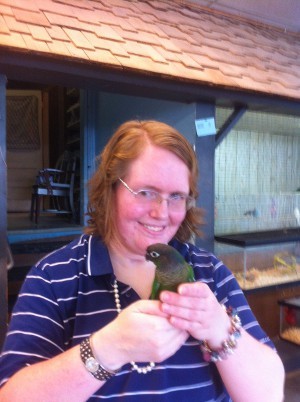 2.7 out of 5 stars
2.7 out of 5
8 customer ratings
How does Amazon calculate star ratings?
Amazon calculates a product’s star ratings based on a machine learned model instead of a raw data average. The model takes into account factors including the age of a rating, whether the ratings are from verified purchasers, and factors that establish reviewer trustworthiness.
Top Reviews

Amy's Bookshelf Reviews
3.0 out of 5 stars Interesting
Reviewed in the United States on April 16, 2018
Verified Purchase
The premise was very interesting, but it probably could have been set up differently. It was divided into three parts, which make for different perspectives. I like that, and gave the reader almost a 360 view of the story. The story is about vampires, and hunters. The characters needed a little bit more development and maybe a connection between the three parts, or more of a backstory. At times I had to reread a few paragraphs as some plot points were a bit confusing. The story brought the reader in at the beginning, and it was worth the read. I think Baethge will continue to grow as an author. I look forward to reading more of her work.
Read more
One person found this helpful
Helpful
Comment Report abuse

BaumanBookReviews
3.0 out of 5 stars Book one of a fantasy series (Vampires)
Reviewed in the United States on February 1, 2014
Verified Purchase
Radiant Shadows is broken down into three parts. They all follow the same story, the only difference is that they are told by different points of view.
Part one is told by Stephen who appears to be the main character. He meets with his vampire-hunter friend Caroline as she sets out to hunt a dangerous vampire, Randy.
They end up meeting up with a witch who decides it would be a good idea to make Stephen into an anti-vampire. Doing so cripples Caroline in her hunt of Randy as it puts her in a state between becoming a vampire and dying. Stephen and Caroline’s minds are linked in this adventure and he is not in his physical body, but in Caroline’s mind.
On her way to hunt Randy, Caroline runs into her boyfriend Marshall and he insists on sticking with her.
This eventually ends in him being transformed into a vampire and Caroline ending up dead at the hands of Marshall.
Part two is written in letter form by Marshall. He is writing to Phyllis. She is a friend of Stephen’s. Marshall is writing to her to explain what happened as she ends up in the house with them, but she cannot see him because she is a human and he will lust for her blood.
Part three is written in the point of view of Phyllis. She decided to take killing Randy into her own hands.
She runs into a bit of trouble with the vampires, but they let it go after hearing about the pain Randy had caused.
It ends with Phyllis coming up with a way to help Stephen take care of Marshall, and that is where it ends.
While the writing was okay, there were some grammar and spelling mistakes. There were times in the book where Stephen turned into Steven, then it corrected itself again.
The beginning of the book puts you right into the action with no real introduction. It makes you try to catch up in your head while you are reading. It is pretty confusing at first. It begins to shape up as the story goes along, but the beginning really throws it off a bit.
I don’t feel that I learned very much about the characters. Maybe that is because this seems to be a series, but in that case, I feel a book one should lay down some background on the characters so that they are more familiar and understood moving forward.
2.5/5 stars
Read more
2 people found this helpful
Helpful
Comment Report abuse

Mindyg123 (Romance Authors That Rock )
3.0 out of 5 stars Twist on the Vamp
Reviewed in the United States on May 12, 2014
Verified Purchase
This book is told in three parts first by Stephen, a human/angel who works for the HVA (Human Vampire Alliance) which is an organization that exists to basically keep vampires inline. Then part two is by Marshall, a human turned vamp who kills his girlfriend Caroline who is a vampire hunter. Part three is told by Phillis who goes after the original vampire Stephen and Caroline were after in part one.This is an ok story but it is somewhat confusing but I did like the idea of the human blood carrying the life force the vamps need to survive. I can only give this 3 fangs as I found it confusing and somewhat hard to follow. The premise was interesting though.
Read more
One person found this helpful
Helpful
Comment Report abuse

Kit L.
2.0 out of 5 stars Needs better editing
Reviewed in the United States on June 18, 2018
Verified Purchase
Basic story idea is good but my ecopy was hard to read because of bad editing of grammar and spelling.
Read more
Helpful
Comment Report abuse

Kat Smith
2.0 out of 5 stars 2.5 stars - some good ideas but needs more work & editing
Reviewed in the United States on September 22, 2014
***Review has been done in conjunction with Nerd Girl Official.
For more information regarding our reviews please visit our Fansite: www.facebook.com/NerdGirl.ng ***

I would like to say that there were parts of this novella that I enjoyed, there is a basis of a story in there, but it needs a bit of work before being considered ready for publishing. Overall I was slightly confused where the story was actually going, and it basically ends without giving many answers.

The book need some serious format editing, missing words and strange sentence structures. Even the font changes in colour, words in very pale colours so they almost disappear on the screen?

The Characters were under developed, and sometimes the sentence structure was so overflowing you loose track of whats actually happening.

The book is told in 3 parts, each part going over the plot via their POV, this means there is a certain repetitiveness, but you do gain more information via each Characters POV.

The first part is told in the POV of Stephen Brown who is a diplomat for the HVA (Human Vampire Alliance) - this was the part that I most enjoyed.
The Second part is told in the POV of Caroline Ace - Vampire Huntress, Part 2 - well lets just say that I am not sure if the Vampire hunter was having an off day, but she wasn't really thinking it through and pays the price for her lack of planning.
And finally the Third part is told in Phyllis's POV who is the Human ward of the 'Count' - Yes there is a Vampire Count, who comes with a cliched 'Dracula' accent! and Phyllis has some hidden agenda in wanting Stephen's help - but I did get a bit lost and never really worked out what she wants with him.

The premise of the plotline is that a rogue vampire named Randy, (I think there was some form of humor in giving this Evil Vamp a silly name) who is running amuck and killing humans in a quite 'Notable' Vampire way - bite marks and drained of blood! The story starts off in some sort of meeting to arrange his capture and kill order as the Vamp's are getting antsy at his lack of discreteness.

I don't really want to say much more about the plot as it would give too much away, and this is a very short read, I read it in under 2 hours. 104 pages according to the First Edition section on the extras part. - This would have been handy if it had been at the beginning of the book and not at the end.

What makes this book different from all others? Well I liked the idea of the Vampires needing the 'Life Essence' rather than just blood, it reminded me of an old Sci-fi movie I watched as a teenager where an Alien came to earth, walking naked and she sucked out the lifeforce <a href="http://en.wikipedia.org/wiki/Lifeforce_(film)">LifeForce</a>

There are some good ideas as I said before, but these need to be plucked out and expanded, the story is just a short collection of witness accounts to a 'vampire Hunt' and not much more is really developed.

I would have given the book 3 stars as I am interested to see if this books actually leading somewhere - It really ends quite quickly and is obviously leading into another chapter of the story.

I knocked off half a point due to the formatting and underdevelopment, you may wish to read it and see what your conclusions are - I would be interested to know what others thought too.

While writing this review I was re-checking the e-book to clarify something and I noticed a section of 'Book Extras'
and basically this extras section gives you the outline of the book - characters Themes Notes for parents?
Maybe this book is aimed at teenagers, oh no... it just says reading level is for Adults So I will be saying - not suitable for children now.
Read more
One person found this helpful
Helpful
Comment Report abuse
See all reviews from the United States