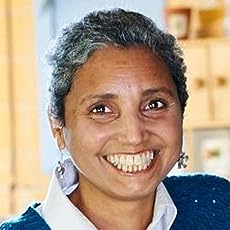 Rae is a writer, blogger and former English teacher living in South London. She's a voracious reader, sometime poet and occasional dancer. Her preferred genre is Magic Realism aka Paranormal stuff, but she also writes Fantasy for children, Science Fiction for young adults and poetry for all and sundry.

S C I F I
WHERE RAINBOWS HIDE|WHEN RAINBOWS CRY 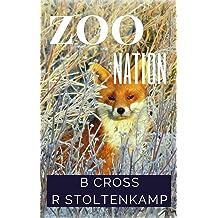 Zoo Nation: Angry Animal Poetry Jul 16, 2020
by Rae Stoltenkamp, Bev Cross
$5.92
The animals in this collection of collaborative poetry speak for themselves but wished to keep their identities secret. Probably due to the current political climate we imagine. If you are a puzzle lover you will however discern who is who.

Perhaps if we listened to the voices of the creatures these poets bring so outrageously to life, we might become a little wiser as humans - if not 'better' two – legs.
Read more
Other Formats: Paperback 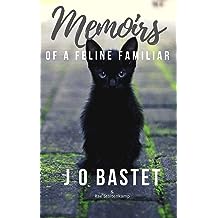 Memoirs of a Feline Familiar: The various trials & tribulations of a witch's cat (Of Witches & Dragons: expose Book 1) Mar 10, 2020
by Jinx Obsidian Bastet, Rae Stoltenkamp
( 3 )
$5.99
TO DATE, JINX OBSIDIAN BASTET HAS HAD AN EXTRAORDINARY SET OF LIVES – 4¼ AND STILL COUNTING. IN THIS EXPOSE OF A LIFE LIVED WITH THE FAMOUS, INFAMOUS AND MAGICAL JET-SET, HE TELLS ALL.

Being a witch's familiar is no easy job. Being Kastapella’s Familiar is a practically impossible task. The job comes with a set of rules which cannot be broken but also comes with extreme emotional baggage. When you're a Familiar living 9 lives you've got to have the killer instincts of 007, the brains of Sherlock Holmes and the fortitude of John Wick or you’ll never survive the trials ahead. 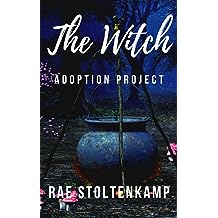 The Witch Adoption Project: The sequel to The Lonely Dragon (Dragons & Witches) Nov 20, 2020
by Rae Stoltenkamp
$4.99
Being a bad witch always has a way of coming back to bite you. But can a bad witch learn to become a good witch or will old habits die hard? Jocasta Incantata (aka Kastaspella) is about to discover that being a teenager in another world comes with very fine print. And if you don’t read it all with infinite care there can be unexpected consequences.
Read more
Other Formats: Paperback 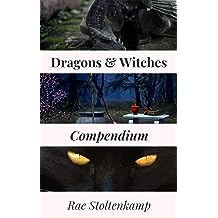 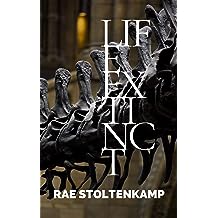 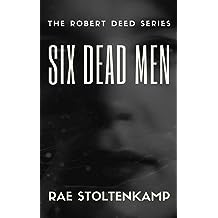 My gut says my lead suspect, the beguiling Madison Bricot, is guilty as hell.

My heart is telling me otherwise and memories of my youth aren’t helping matters either.

So yes, I’m torn between duty and desire.
Read more
Other Formats: Paperback 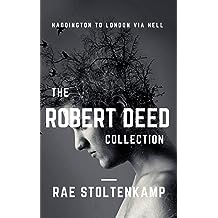 The Robert Deed Collection: All your psychic detective needs in 1 volume (The Robert Deed Series) Jan 17, 2019
by Rae Stoltenkamp
$6.99
All three Robert Deed books in 1 handy volume: Palindrome|Six Dead Men|Six Degrees
Haddington to London via hell: the journey of a psychic boy towards his crime solving destiny.
Read more 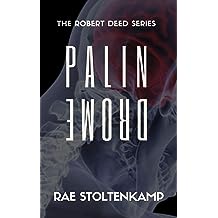 Haddington, near Edinburgh – it’s 1975. Here change is a process slowed by tradition and the luxury of a certain distance from the swift progress of the rest of the world. Robert Deed’s 13th birthday approaches. On the cusp of adulthood, this teenager looks beyond a thing and sees inside it. It’s a trait shared with his all-seeing mother. No-one knows Robert’s strangeness better than his mother Rowena Deed. In her dreams she sees his future but knows she will not be there to see her son mature. Pushing aside her sorrow at this knowledge, she instead focuses on giving him the tools he'll need to be a man of worth.

But this birthday brings more than a coming of age celebration for Robert. He’s about to see the glint of Death’s scythe in the corner of his eye, even touch the honed edge. Travelling the road towards his future, Robert must solve the murder of his first crush, battle his grief, and exonerate a dear friend. Is he willing and able? Can he truly trust in the so called inner wisdom of his instinct? More importantly, will his world let him?
Read more
Other Formats: Paperback 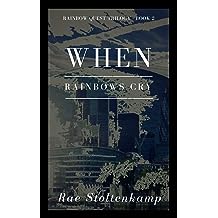 When Rainbows Cry (Rainbow Quest Book 2) Nov 24, 2017
by Rae Stoltenkamp
$4.99
When you've just turned 14 and you're an impossibly lanky teenager with overlarge feet but no friends, what can you do to make your life suck just a little bit less than it already does?

This question consumes Petra Sucher. Frustrated by the lack of understanding she gets from her parents and their demands on her as unpaid childcare for her 4 year old twin brothers, she spends illicit hours in the Rainforest exhibit of her Domed city’s Natural History Museum. During one of her pre-dawn visits Petra finds a crystal figurine which orchestrates her meeting with an octogenarian and a gen-chimp called Tanda. Together, the three of them unwittingly create a triumvirate which will either destroy their existence or be the saving of it.

THIS IS BOOK TWO IN THE SERIES. IT'S IMPORTANT TO READ THE FIRST BOOK BEFORE MOVING ON. 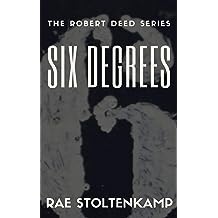 Six Degrees (The Robert Deed Series) Apr 12, 2017
by Rae Stoltenkamp
$4.95
When you write a novel, peripheral characters often ask you to tell their side of the story. At times their voice is so loud and persistent in your head that they are hard to ignore. Six Degrees grew out of this and my desire to play with the short story form as well as try my hand at Flash Fiction.

In these vignettes several peripheral characters from Six Dead Men and its prequel, Palindrome, tell the reader what they think of the Deed family (mum – Rowena, Dad – Arthur, son – Robert). Sometimes the Deeds get to say their piece too. There are also hints of things to come in Palindrome. So as one of my favourite poets would say: read “wid de whole of yu eye”.
Read more
Other Formats: Paperback 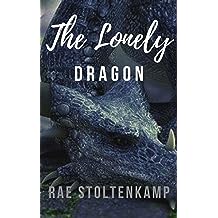 The Lonely Dragon (Of Dragons & Witches Book 1) Oct 8, 2016
by Rae Stoltenkamp
( 1 )
$0.99
Brueberon is the loneliest dragon there ever was on Long Upon A Time World. Vandabar the Wizard is away on holiday and can provide no solution to Brueberon’s problem. So he’s off to seek help from Kastaspella. But will Kastaspella’s costly magic really help him? What if everything goes wrong when he takes her potion? And how will it affect a dreamer like Clarissa Henry who loves drifting in and out of Brueberon’s world?

There are consequences to every decision we make in life and Brueberon is about to find out that quick solutions are not always the best option to a problem.
Read more 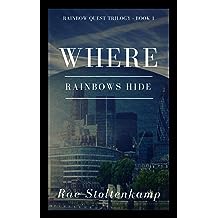 Where Rainbows Hide (Rainbow Quest Book 1) Sep 28, 2016
by Rae Stoltenkamp, Chantal Walters
( 2 )
$4.50
A heroine who doesn't think she's anything special. Genetically engineered chimpanzees and a child genius involved in governmental sized machinations. This is the future of London.

The year is 2067 and 19 year old Neera Luxquaera is about to be interviewed for a job with The Ministry. Her main reasons for applying are because this is her final opportunity to have a say in her future employment. She's also relying on the blind hope she'll find a rainbow if she secures this post.

Rainbows don't exist in the Dome where Neera lives. Long before the collapse of the ozone the wealthiest families moved to the safety of space. But here, in one of the remaining cities still in existence after the worldwide disaster – genetically engineered chimps and humans battle to survive. Life is made no easier by the constant clashes between them all.
Read more