You've subscribed to The Remnant! We will preorder your items within 24 hours of when they become available. When new books are released, we'll charge your default payment method for the lowest price available during the pre-order period.
Update your device or payment method, cancel individual pre-orders or your subscription at
Your Memberships & Subscriptions
There was an error. We were unable to process your subscription due to an error. Please refresh and try again. 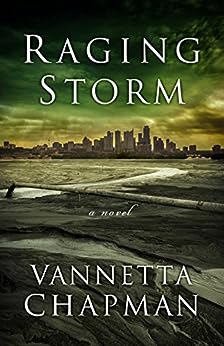 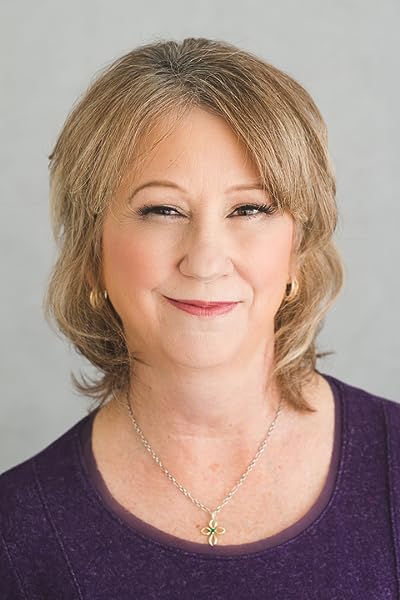 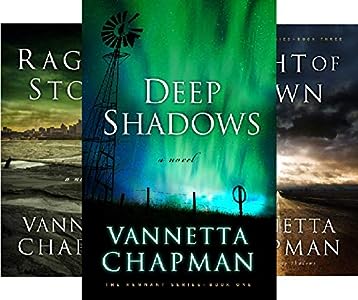 Vannetta Chapman writes inspirational fiction full of grace. She has published over one hundred articles in Christian family magazines, receiving more than two dozen awards from Romance Writers of America chapter groups. All of her books have been Christian Book Distributor bestsellers. She discovered her love for the Amish while researching her grandfather's birthplace of Albion, Pennsylvania. She currently writes Amish fiction for Abingdon Press, Zondervan, and Harvest House. She lives in the Texas hill country with her husband.

Rebecca Mitchell is a performance artist and classically trained vocalist, as well as a professional host, emcee, and personality. Her natural flair for the dramatic, coupled with her love of being in the studio, brought her to the world of narrating in 2013.

4.8 out of 5 stars
4.8 out of 5
105 global ratings
How are ratings calculated?
To calculate the overall star rating and percentage breakdown by star, we don’t use a simple average. Instead, our system considers things like how recent a review is and if the reviewer bought the item on Amazon. It also analyzes reviews to verify trustworthiness.

LJShuck
5.0 out of 5 stars Hold your breath...get ready for the ride!
Reviewed in the United States on January 29, 2017
Verified Purchase
Have you ever wondered what would happen if some cosmic activity, such as a solar flare, were to knock out all power, all technology? You can't plug in your microwave or start your car or make a phone call.

Vanetta Chapman wondered all those things and has written an amazing book, Raging Storm.
Small town Texas, it happened, a solar flare and no one expected this...the total chaos, friends turning on friends, complete ransacking of grocery stores, panic...but yet, there remains those who would still share what they have with those who do not. But what if your child is an insulin-dependent diabetic?

Raging Storm is a stunning novel of the speculative genre. Well-worth the read. You won't be able to put it down, I promise.

Angie
4.0 out of 5 stars Still Enjoying the Series
Reviewed in the United States on January 28, 2020
Verified Purchase
I enjoyed this book overall, although "enjoy" seems like an odd descriptor when we're dealing with the near-total collapse of society... :P

Honestly, Carter's parts were my favorite in this installment, and I found myself understanding and appreciating his perspective quite a bit. I love how, even with everything he's been through, he still looks for ways to apply his knowledge and ingenuity to help make other people's lives better. Also, I totally understood how difficult it would be for him to know that others were risking their lives for his and not be allowed to do anything to help it. Oh, and I adored his relationship with Roy and Georgia! <3

Shelby, on the other hand, annoyed me rather badly at times. For one thing, I couldn't figure out why she thought the chaos in Austin wasn't going to be exponentially worse than the chaos in Abney. Granted, there are certain things that don't make rational sense (like people burning perfectly good buildings for no reason), but I felt like a lot of problems that knocked Shelby for a loop were rather foreseeable. Also, her apparent assumption that they were just going to be able to waltz into Austin, find the insulin, and trade for it without any knowledge of the lay of the land was a bit baffling, and when combined with her impatience every time they had to take a detour or wait for someone who could help them, it became downright frustrating. Maybe her impatience would have been more understandable if they had been up against a tighter deadline--say, if Carter had only had a week's supply of insulin left--but as it was, every time Shelby started to complain about how long it was taking, I wanted to stare at her and ask, "What did you expect?" My frustration with her on that point in particular made it a little hard to empathize with her as much as I wanted to.

I did love all her friends and the way they surrounded and supported her--that scene near the end... *sobs* And while I had guessed the generalities of one character's revelation, I had not guessed the specifics, and I had to backtrack and revise my mental image of a certain character a bit. :) I also enjoyed getting to know several of the peripheral characters as well.

The near-total anarchy did come with a fair bit of violence, and I liked the fact that the characters acknowledged the moral dilemmas they faced, although there weren't a lot of straightforward answers. I did hesitate at one point when Shelby was mulling over the lengths she'd go to to protect Carter's insulin supply--is it the same as self-defense when you're protecting something necessary to someone's survival?--but overall, I thought the author did a good job of not shying away from how difficult these issues are, even in a survival scenario.

I was a little confused by the ending--not sure why it ends on a cliffhanger when the next book appears to pick up months afterward--but maybe that will become clear in the next one. I'm still very curious how or whether they're going to solve the problem of a long-term insulin supply with society in the state that it is at the moment...

JP
5.0 out of 5 stars Lots of action and suspense
Reviewed in the United States on February 7, 2020
Verified Purchase
What I liked or thought of this book:

• The writer's words painted clear pictures that helped me to visualize the scenes and the emotions of the characters. The author's writing style was concise vivid, and clear.
• The descriptions of locations and emotions were well done, easy to visualize, and to feel. I felt like I was a part of the scenes with Shelby, Max, Patrick, and Bianca on their quest to find insulin for Carter.
• I liked Shelby in the first book of this series. Now, she is a hothead, stubborn, impatient, and makes bad decisions. Her actions are sometimes irrational.
• There were many twists and turns to this plot, which kept my interest. There was lots of action and suspense. This book was not predictable.
• The pacing of the story was neither too slow nor too fast.
• There was a smooth, coherent flow to this book.
• This story had a satisfying ending and was a great starting place for the next book in the Remnant Series.
• This was a clean read and I appreciated that.
• This was a Christian apocalyptic novel. Religion was a part of the characters' daily lives. No religious lectures.
• The narrator had a pleasant voice. However, there were not many different character voices.

I am looking forward to reading more of the Remnant Series and learning how Shelby, Carter, and Max deal with the situations life deals them.
Read more
Helpful
Report abuse

Sophi Fletcher
4.0 out of 5 stars Great series, keep reading!
Reviewed in the United States on May 10, 2021
Verified Purchase
I wrote a review on the first book in the series, but I can't find it to add more to it!
I wanted to mention the fact that these books are free of swearing/foul language and anything of a sexual nature. What a refreshing change!
One thing I would have liked to see, since the folks are mostly Christians, would be the mention of prayer, more than just in passing.
Why is no one praying over them before they venture into various scary situations?? Why not even a prayer of thanks over the meals out on the ranch?? It wouldn't be "preachy" but a natural part of what believers do if they truly walk with the Lord.
Other than that, this is another compelling and probably quite realistic look at life as we might know it in the near future.
I've been prepping to some degree for several years, but this reminds me of how far I have to go, and I appreciate the useful lists at the end of each book.
I still don't like Shelby or understand what motivates so much negativity.
Read more
Helpful
Report abuse

Grace Hoenig
5.0 out of 5 stars Engaging Series
Reviewed in the United States on January 26, 2017
Verified Purchase
I read the sequel and 1st 2 books all within about a couple weeks time. Vanessa Chapman had my full attention from the very first page. The characters and story line were engaging and I especially enjoyed the character development of Shelby, Carter and Max. I was so glad that I could buy the kindle edition of this book before the paperback was released.

This series was great and I look forward to the next book in the series.
Read more
5 people found this helpful
Helpful
Report abuse
See all reviews