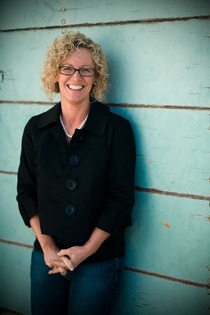 Enjoy a great reading experience when you borrow the Kindle edition of this book with your Kindle Unlimited membership. Learn more about Great on Kindle, available in select categories.
View Kindle Edition
Read more Read less

My dad, until his death, was the number one encourager in my life. Both of my parents, in fact, were constantly telling me that I could do anything. In reality, I wasn't a great student, but that didn't seem to matter to them. They were consistently uplifting, and that focus has become part of my lifestyle. Beni and I both postured ourselves to be a continuous source of strength and encouragement to our children. We wanted to make sure we always gave them much more positive feedback than negative. We focused on highlighting the things they were doing right and the things for which each child had a gift or a particular grace. We focused on their future.

Jesus called Peter a rock when he was like a broken reed. Peter was unstable and unreliable, but Jesus spoke to him according to what he was becoming. The Lord called Gideon a mighty man of war when he was hiding in fear from the enemy. Likewise, as parents, we need a picture from the Lord for our children. We don't do that so we can control their destinies, but so we can fuel them into all that is in their hearts. We have the great privilege of fanning the flames for the things God has already put inside of them. We get to speak to our children as though they already are what they are becoming.

--Bill Johnson|Bill and Beni Johnson are senior leaders of Bethel Church in Redding, California, bestselling authors and international speakers. Together they serve a growing number of churches through an apostolic network that crosses denominational lines, partnering for revival. Their three children and their spouses are all involved in full-time ministry. Find out more at www.bjm.org and www.benij.org.

As children grow and experience life, they face "giants" in many forms--the hurts, struggles, fears and temptations of the world that seduce countless young people away from their divine call to represent Jesus in both purity and power. It is vital for parents to train children to defeat these giants--to become giant-killers.

With honesty, humor and keen biblical insight, bestselling authors Bill and Beni Johnson offer practical tools for becoming a Spirit-led parent. Drawing examples from Scripture and their own experience, they show you how to maintain a strong relationship with your children while also upholding discipline, developing character and instilling in them the desire for eternal significance.

In these pages you will discover how to support their uniqueness, gifting and strengths as you help them think through the tough questions: Why am I here? What is God's purpose for me? How do I fulfill it? You will also be encouraged to face and destroy your own giants, knowing that your example will become your children's inheritance. Let this book guide you to raise giant-killers--children empowered to make a difference, not only in their lives but in the world.

Bill Johnson and Beni Johnson are senior leaders of Bethel Church in Redding, California; bestselling authors; and international speakers. Together they serve a growing number of churches through an apostolic network that crosses denominational lines, partnering for revival. Their three children and their spouses are all involved in full-time ministry. They live near Redding, California. Find out more at www.bjm.org.
Read more

Start reading Raising Giant-Killers on your Kindle in under a minute.

4.8 out of 5 stars
4.8 out of 5
230 global ratings
How are ratings calculated?
To calculate the overall star rating and percentage breakdown by star, we don’t use a simple average. Instead, our system considers things like how recent a review is and if the reviewer bought the item on Amazon. It also analyzes reviews to verify trustworthiness.

Johansonfam
5.0 out of 5 stars Life-giving parenting resource
Reviewed in the United States on December 7, 2018
Verified Purchase
Powerful, Holy Spirit Inspired book about the power and weight of our words as parents. Encourages us as parents to speak LIFE over our children through Scripture and praying God’s Word into fruition in their lives! Buying another copy for a friend!! So thankful to have this life-giving parenting resource!!!
Read more
14 people found this helpful
Helpful
Comment Report abuse

Also the letter from Bill to his son when he graduated was one of my favorite parts. Made me cry while reading it and also taught me a lot.
Read more
9 people found this helpful
Helpful
Comment Report abuse

Noah Hutchison
5.0 out of 5 stars So solid. Must read as a parent.
Reviewed in the United States on January 19, 2019
Verified Purchase
Bill Johnson does a great job with this book. Specifically, makes it applicable to parents with children of all ages versus just the little years or the teen years. Enjoyed it!
Read more
10 people found this helpful
Helpful
Comment Report abuse

Aaron
5.0 out of 5 stars Every Parent Needs to Read
Reviewed in the United States on December 15, 2018
Verified Purchase
Bill and Beni truly wrote a blessing. Their insight of parenting in the trenches is fabulous. In today's society, it is easy to forget that our children have a destiny. Bill and Beni remind us of the role that parents play in our children walking in the destiny and shaking the world in Jesus name. We are raising world changers and this book reveals key ways to make sure our children know who's they are and they have an impact on the world.
Read more
8 people found this helpful
Helpful
Comment Report abuse

United Packing Distributors
5.0 out of 5 stars Always pleased with Bill Johnson's books
Reviewed in the United States on January 22, 2019
Verified Purchase
I just started reading this and it's already moving me towards being a better parent. I'll be back to edit review once I am done! Bill Johnson is an amazing man of God and I honor him
Read more
9 people found this helpful
Helpful
Comment Report abuse

David Borisov
5.0 out of 5 stars Intentional Parenting
Reviewed in the United States on January 12, 2019
Verified Purchase
Great insight from Bill Johnson on how to be intentional with raising our children in this current culture. VERY informative and encouraging.
Read more
9 people found this helpful
Helpful
Comment Report abuse

Oksana Vasilyuk
5.0 out of 5 stars Raising Kids is hard!
Reviewed in the United States on January 7, 2019
Verified Purchase
Absolutely love this book, Bill Johnson is led by the Spirt and pours out his truths into this book! A must read!
Read more
7 people found this helpful
Helpful
Comment Report abuse

Bess
3.0 out of 5 stars Nice Book!
Reviewed in the United States on September 13, 2020
Verified Purchase
I have been trying to read this book for a few months now. I will read a few pages and will have put in my drawer for a few days, then get it out and do it all over again. It really makes me sleepy.

Do not get me wrong; I am a reader and this book content is really good, yet for some reason it sort of loses its essence as the author goes on and on about their great parenthood skills. I am not denying the fact that Pastor Bill Johnson is a great teacher of the word and and awesome writer, yet this book makes me sleepy. I am looking forward to continue reading it (it might take a while though) to find less personal stories on his great success as a father and grandfather and more of the teaching part BJ is well know for.

I am just finish chapter #4 and I am yet to read what makes this book so great! Won’t dismiss it, but will continue reading it. Look forward to update this review for the best (stay tuned 👍).
Read more
Helpful
Comment Report abuse
See all reviews

Katharine Coombes
5.0 out of 5 stars Great book
Reviewed in the United Kingdom on May 1, 2019
Verified Purchase
Love Bill Johnson and am enjoying reading this for my children and grandchildren
Read more
One person found this helpful
Report abuse

Mrs Deborah Applin
5.0 out of 5 stars A great read
Reviewed in the United Kingdom on January 26, 2019
Verified Purchase
As always great wisdom from Bill
Read more
One person found this helpful
Report abuse

Bill Johnson provides real life scenarios abt how he and Beni dealt with situations to create a culture of love, courage, respect, honour and the right identity in their own kids. Haven’t even reached halfway and I know this was God-sent direction for us. ✨

it’s just Perfect.
If there’s only 1 book you ever read on parenting, let it be this one. ❤️
Read more
Report abuse