You've subscribed to Somerfield Park! We will preorder your items within 24 hours of when they become available. When new books are released, we'll charge your default payment method for the lowest price available during the pre-order period.
Update your device or payment method, cancel individual pre-orders or your subscription at
Your Memberships & Subscriptions
There was an error. We were unable to process your subscription due to an error. Please refresh and try again. 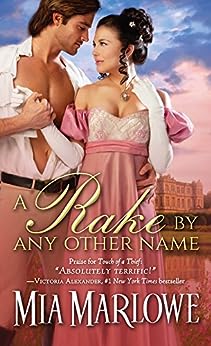 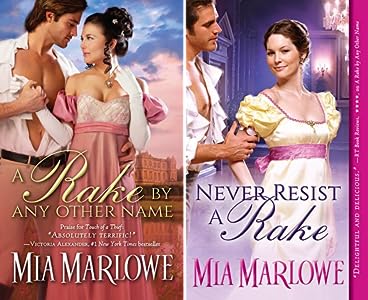 "I wholeheartedly recommend this book to fans of the genre and even those who just like a well written, fun romance. " - The Romance Reviews

" I can hardly wait to try more from this author. This book is a story that will draw you in, a sweet and tender love story that is guaranteed to make you laugh and give you quite a entertaining interlude from reality. HEARTWARMING!!" - Addicted to Romance

"Overall, I must say that I really enjoyed this book. It had everything I could ask for in a delightfully entertaining historical romance novel. There was romance, mystery, scandal, blackmail, a bevy of intriguing and colorful characters, and a couple of twists thrown in for good measure. Once I picked this book up I couldn't put it down." - Urban Girl Reader

"Mia Marlowe has given us a book with witty banter, some well-placed hilarity and a peek at the goings and comings of the servant class in the Regency era. This is a well-constructed plot with some surprises and mystery. The sexual tension is superbly developed. All in all a terrific start to the new Somerfield Park Series" - La Deetda Reads --This text refers to an alternate kindle_edition edition.

Mia Marlowe is a rising star whose Touch of a Rogue was named one of Publishers Weekly's Top Ten Best Romances for Spring 2012. Mia learned about storytelling while singing professional opera. She knows what it's like to sing a high "C" in a corset, so she empathizes with the trials of her historical heroines. Mia resides in Boston, Massachusetts. For more visit www.miamarlowe.com. --This text refers to an alternate kindle_edition edition.

3.8 out of 5 stars
3.8 out of 5
22 global ratings
How are ratings calculated?
To calculate the overall star rating and percentage breakdown by star, we don’t use a simple average. Instead, our system considers things like how recent a review is and if the reviewer bought the item on Amazon. It also analyzes reviews to verify trustworthiness.
Top reviews

Kindle Customer
4.0 out of 5 stars Enjoyable romance with a bit of mystery
Reviewed in the United States on May 27, 2015
Verified Purchase
A Rake by Any Other Name was an enjoyable read with entertaining characters, a delightful romance and a bit of mystery over a secret waiting to be revealed. Richard and Sophie were wonderful characters and their chemistry was charged from their very first meeting. The mysterious secret wasn't too difficult to figure out but it added interest to the story. My reason for four stars instead of five, which I would have given as I did enjoy the story, was because of the pages that involved the servants. Though some of it was relevant to the story, others I felt dragged it down and I found myself just wanting to get past those parts. I have to agree with one reviewer's opinion that it seemed like Downton Abbey and though I love the show, I don't want to read about the servants in my romances other than as pertains directly to the story. As the series progresses, maybe the servants stories will begin to make more sense. I am definitely looking forward to the next book in the series with much anticipation.
Read more
Helpful
Report abuse

Kindle Customer
3.0 out of 5 stars This was fun to but 2~3 stars is a better fit.
Reviewed in the United States on December 21, 2014
Verified Purchase
This was ok- fun to read . I just finished a a dissapointing Marlowe rewrite so this was new. It was a twist and way out of doing ones duty in marrying to continue the bloodline. Our hero was somewhat
of an ass and not very heroic but I'm guessing that was part of
the plan. I will tell you, I will buy the next in the series to se what happens..
Read more
One person found this helpful
Helpful
Report abuse

Lina
5.0 out of 5 stars Five Stars
Reviewed in the United States on December 21, 2014
Verified Purchase
It was good to read
Read more
Helpful
Report abuse

Annie
5.0 out of 5 stars A Rake by Any Other Name
Reviewed in the United States on November 10, 2014
Verified Purchase
This book was a joy to read. I know that I will read this book again and again. Thank you.
Read more
Helpful
Report abuse

Drea of LilyElement Reviews
3.0 out of 5 stars Too many POVs, but the primary romance was decent
Reviewed in the United States on November 24, 2014
Lord Hartley is having the time of his life on the continent when a letter arrives, insisting he return home. His father has had a serious accident. Mute and wheelchair bound, the marquess has seen better days but it’s the estate’s finances that have Hartley worried most. The family is broke and it’s up to him to resolve the situation, and ensure his three sisters’ futures, by marrying a wealthy heiress. Or so his mother and grandmother insist. And they’ve helpfully installed an heiress, Sophie, in the old dowager house. Unfortunately neither he nor Sophie has any interest in being shackled to one another. Especially not when Hartley’s fiancée is due to arrive any day. But there’s something about Sophie that has Hartley intrigued. She’s not afraid to get dirty, fix up a garden herself, or ride horses until she’s breathless yet she can behave with decorum if she likes just as easily. She isn’t even a virgin. That only makes Hartley want her more. And just when he decides on what he wants, fate seems to tear it away. Or perhaps it’s the hand of someone a little more real and a whole lot more devious. But never fear, there will be a happy ever after.

Having recently returned from being raised in exotic India, A Rake By Any Other Name’s heiress and heroine Sophie is rough around the edges. She takes to her responsibilities as a woman of means with amusing aplomb and shapes up to be an admirable woman by the end of the book. I had no trouble understanding why Hartley falls for her. Our hero Lord Hartley is decent man even without his title and estate. He insists that Sophie deserves a man who wants her for her rather than for her dowry, and he concocts a plan to resolve the estate’s money problems without her money. But he still wants to marry her anyway. If that isn’t romance then I don’t know what is.

Hartley’s friend Seymour and Hartley’s family is amusing, giving the story more layers. But layers it isn’t lacking. This book had at least twelve point of view characters, so if you’re into stories that feature two or less points of view, you may want to slide on by this one. There are also several plotlines that are begun and go nowhere. Two of those are love plots between the downstairs folk (read: servants). I assume they’ll be resolved later in the series, but a good amount of word count is spent on them without any kind of pay off in this book, making it a little frustrating.

The drama below the stairs has a very Downton Abbey feel to it. If you’re going through Downton withdrawal, this might be a good story to tide you over. Hartley’s grandmother certainly has the same plucky feel as Downton’s dowager.

All in all, the writing is good and the primary romance between Sophie and Hartley is tied up nicely. Readers new to Mia Marlowe like me can pick this up without fear of being lost.
Read more
One person found this helpful
Helpful
Report abuse
See all reviews