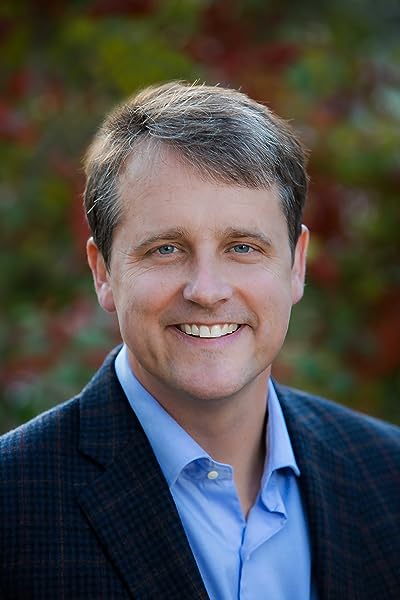 “Illuminating....An eloquent testament to a doomed city and its people. Rampage is a moving, passionate monument to one of humanity's darkest moments.”
- Wall Street Journal

“A masterful reconstruction of the horror of the battle.”
- Foreign Affairs

“A chilling, sometimes horrifying narrative of some of the fiercest urban fighting of World War II....Scott gives voices to the victims, and that is an important service to history....[He] is a fine writer, and he musters his considerable talents to move the storyline forward.”
- Hal Bernton, Seattle Times

“An excellent but wrenchingly graphic account of one of the least commemorated massacres in World War II....Scott has dug very deep into the U.S. and Philippine records of the battle and uses them deftly....[He] wields the vivid testimony of the rare survivors to portray the full horrors of the events.”
- Richard Frank, Proceedings

“Scott has done history a service in recording for all time this dark chapter in the Pacific War.”
- Buffalo News

“What Iris Chang did for our understanding of the Rape of Nanking, James M. Scott has now done for the Battle of Manila. Here is a sweeping tale of frenzied fighting and heartbreaking devastation, written by a meticulous historian who has unflinchingly probed the truth of this largely forgotten episode from the Pacific.”
- Hampton Sides, author of Ghost Soldiers and On Desperate Ground

“A masterpiece of historical reportage, brilliantly bringing to life the savage battle for Manila―one of the most dramatic and disturbing episodes of World War II.”
- Alex Kershaw, New York Times best-selling author of Avenue of Spies

“This is General Douglas MacArthur as you have not heard him; this is World War II as you have not seen it before; this is history written with a wide sweep and deep focus, the prose and reporting falling in aching rhythms on scenes of beauty, despair, defiance, the terrible trespasses people make, and their striving to endure. James Scott’s skill as a reporter and his precision as a stylist make this story unstoppable from the very first scene. Across these pages falls the shadow of a history we thought we knew well, but in Scott’s telling, so much is revealed and illuminated. A bold surprise of a history book. A treasure for lovers of stories beautifully told. Transcendent.”
- Doug Stanton, New York Times best-selling author of The Odyssey of Echo Company and 12 Strong

“A relentless narrative of one of the darkest chapters of the Pacific War....Deeply researched and superbly written.”
- Ian W. Toll, New York Times best-selling author of The Conquering Tide

James M. Scott is the author of Rampage, Target Tokyo, a finalist for the Pulitzer Prize; The War Below, and The Attack on the Liberty. He lives in Charleston, South Carolina.

Start reading Rampage: MacArthur, Yamashita, and the Battle of Manila on your Kindle in under a minute.

4.5 out of 5 stars
4.5 out of 5
152 global ratings
How are ratings calculated?
To calculate the overall star rating and percentage breakdown by star, we don’t use a simple average. Instead, our system considers things like how recent a review is and if the reviewer bought the item on Amazon. It also analyzes reviews to verify trustworthiness.

Warren C. Matha
5.0 out of 5 stars A stunning accomplishment
Reviewed in the United States on November 7, 2018
Verified Purchase
The author calls the dash to Manila to save the lives of prisoners held at Santo Tomas and Bilibid "...one of the most daring missions of the Pacific War.."

My father was one of the 800 troopers who slipped into Manila and rescued the prisoners at Santo Tomas in February of 1945. Before he passed away, I managed to persuade him to talk about his experiences during the dash to Manila, going through the front gate of the prison, and later, fighting in the battle of Manila. He was wounded twice.

​Even when talking with him about ​the Cavalry's rescue of the prisoners held at ​Santo Tomas​, and even knowing that he had been ​h​it in the collar bone by Jap shrapnel in the prison,​ (one inch to the left, and it would have killed him), and later during the battle of Manila he was wounded when a hand grenade exploded spewing shrapnel into his face,​ I had NO idea that the bombardment of the prison was so heavy ​and lethal and that the battle itself was so horrible ​until reading this book. The rescue truly was a daring operation. ​ Why Spielberg or Eastwood or Gibson do not make a film of this, I have no idea.

People who had survived over 3 years of abuse, starvation, executions of friends are killed while holding hands in the main building. I saw the pock marks on the building when I was there in 2010. One cavalryman came into the main building holding a bundle wrapped in a poncho​. He was dazed like in a trance. He went up to one of the doctors and asked "What should I do with this?" The doctor unwrapped the bundle. It was the upper torso of the cavalryman's best friend.

In New Guinea, in the Admiralty Islands, on Leyte, and then in Manila, my father saw the results of many Japanese atrocities, day in and day out. He only spoke of one such horror and refused to revisit so many others. This book lays such horrors out in detail and those details will rob most people of sleep. Reading Rampage, I understand my father so much better now.
​Anyone with a feeling for the Philippines or interested in the Pacific War should read this book.​
Read more
55 people found this helpful
Helpful
Comment Report abuse

PM
3.0 out of 5 stars Well written but far from a military history
Reviewed in the United States on October 31, 2018
I had tracked the release of this book for over 6 months because a detailed updated description of the battle for Manila has been lacking. I had anticipated a book of military history such as the recently released account of the battle for Hue. The author of Rampage has certainly conducted extensive research into the subject matter and the book is very well written. However describing it as military history is very misleading. The book describes military operations in a very generalized manner. As I read through the account I considered myself lucky when unit identifications less than division size were provided. His misuse of common nomenclature when differentiating between regiments and divisions add to the confusion. The lack of adequate maps showing in detail the progress of fighting within the city is another gross omission. The author spends what seems to be about 85% of this book describing the atrocities which were committed by the Japanese upon civilians and prisoners in the city. The research on this subject was obviously extensive and these terrible events are described in overwhelming detail. The trouble is that the focus on the suffering of the civilians is overdone to the detriment of the description of military events which are at best cursory. In sum, I would consider the book a questionable addition to the descriptions of the battle found in more general narratives of the Pacific area fighting. The author is referred to the aforementioned study of Hue or to Colonel Glantz's descriptions of the Stalingrad fighting for how the military history of fighting within a city should be described.
The end product of this book is principally about atrocities, not military operations.
Furthermore his descriptions of the motivations and actions of MacArthur and Yamashita are lacking in depth
Very disappointed.
Read more
66 people found this helpful
Helpful
Comment Report abuse

Texastential
5.0 out of 5 stars More Horror Than Stephen King Could Imagine On His Worst Night.
Reviewed in the United States on November 4, 2018
Verified Purchase
This is an important book to read about a major WWII battle that has been largely ignored. The author doesn't spare the reader the details of the horrid and bestial war crimes committed. If you are a sensitive person, this book may be too much for you. I had to put it aside several times and found myself weeping more than once. It was a story that should have been told a long time ago. The account of Yamashita's war crimes trial was very interesting. I had no idea it was so controversial.

This is well worth reading for anyone interested in WWII history or war crimes.
Read more
24 people found this helpful
Helpful
Comment Report abuse
See all reviews

Mr. Alan R. Jenkins
5.0 out of 5 stars Rarely heard of Japanese war Crime
Reviewed in the United Kingdom on January 30, 2019
Verified Purchase
The Rape of Nanking and Singapore atrocities are well known in regard to WWII war crimes in the Far East Theatre, but Manila in the Philippines was an equally if not more brutal occurrence. A little over three weeks saw the reinvasion of Luzon near Manila by McArthur and the capture of the once "Pearl of the Pacific" city; but the cost in lives of men, women and children of not only Filipinos and Americans, but French, Spanish, German, Netherlands and China; and including Doctors, nurses, priests and new-borns was more than 100,000. The horror of witness statements of the events that contributed to the eventual war crime tribunal for General Yamashita are detailed in as chronological order as possible; and where specific it outlines many of the most heinous criminal acts against humanity ever recorded. Excellently written and compiled.
Read more
One person found this helpful
Report abuse

I bought my dad this for Christmas and he loved it.
Read more
Report abuse