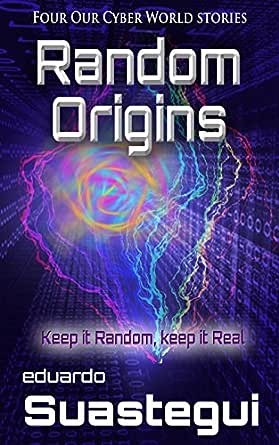 You've subscribed to Our Cyber World! We will preorder your items within 24 hours of when they become available. When new books are released, we'll charge your default payment method for the lowest price available during the pre-order period.
Update your device or payment method, cancel individual pre-orders or your subscription at
Your Memberships & Subscriptions
There was an error. We were unable to process your subscription due to an error. Please refresh and try again. 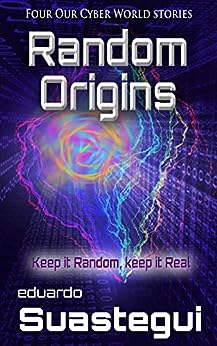 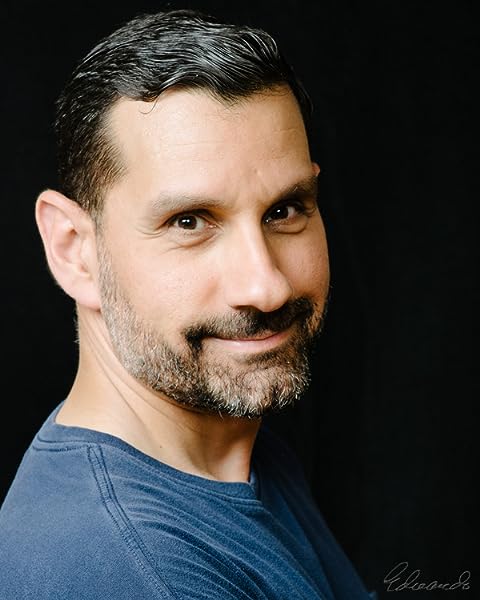 DrPat
5.0 out of 5 stars Glimpses of Chaos
Reviewed in the United States on November 4, 2015
Verified Purchase
The short stories in this collection tell the backstories of two characters that will appear in (chronologically) later novels in the Our Cyber World series, Julian and Bogdan. Far more interesting to me, though, is the third "character," a style of coding that is either stochastic or programmatic.

Stochastic, or random, events are typical of nature, and Julian embraces the random style of the universe, as he observes it. His fatalistic acceptance of disaster or triumph as simply whatever happens—in other words, not under our control—is a direct forerunner of his actions in "Dead Beef." Reading the prequel stories after that novel makes it a lot more obvious why Julian makes the choices he does in that later conflict.

Bogdan's approach is the opposite of fatalistic, so the complex programmatic clockworks of his code are perfectly understandable. Like Martin Spencer, whose code Julian would later stigmatize as "a calculator," Bogdan tries to tie down every possible outcome and its solution. Only his chess-master brilliance makes it remotely possible he might succeed.

This collection can be read either before or after the sequel novel, which is a hard feat to accomplish. Suastegui has done it, though. Bravo!
Read more
2 people found this helpful
Helpful
Comment Report abuse

Cellophane Queen
4.0 out of 5 stars Nice Intro to the Cyber World Series
Reviewed in the United States on September 28, 2015
Verified Purchase
I liked Suastegui's Jane books very much. I was also hesitant to jump into the Cyber World series because I come from a programming background and many books dealing with cyber information are laughable.

When I got a great deal (either free or 99 cents) on this book containing four longish short stories from the series, it gave me a chance to sample.

Eduardo Suastegui presents quite believable futuristic computer capabilities and the people who develop and use them. Now I can safely read some of the full novels without disappointment.

Bob Corson
5.0 out of 5 stars Keep reading the series!
Reviewed in the United States on November 8, 2015
Verified Purchase
The entire (Our Cyber World) series is great, an excellent story that combines technological and personal concerns, keeps me wanting to read a few more pages, a few more pages, until I'm done. This book helps tie up a few backstory items, fills out the characters even more.
Read more
One person found this helpful
Helpful
Comment Report abuse

RFT3006
5.0 out of 5 stars Good Read
Reviewed in the United States on August 17, 2017
Verified Purchase
I have it a 5 because I like this mind of writing. You have to like high tech thoughts and the way the author portrays the ideas and characters.
Read more
One person found this helpful
Helpful
Comment Report abuse

Hard2Please
5.0 out of 5 stars A fine prequel.
Reviewed in the United States on September 16, 2016
After reading the first book of a series it's nice to see some of the origins. That's why prequels are so much fun. If you come to the series later the question arises to prequel or not to prequel. I like to read a series in order of plot so I try to read prequels first. That these are also fine short stories in themselves is gravy.
Read more
One person found this helpful
Helpful
Comment Report abuse

JANE AND JERRY CULWELL
5.0 out of 5 stars Four Our Cyber World Series
Reviewed in the United States on October 29, 2015
This was a great book from start to finish. There is actually about four stories combined in this book and each one makes the one before and after that much better
Read more
One person found this helpful
Helpful
Comment Report abuse
See all reviews from the United States